President of Belarus: It is useless to rule Alexander Lukashenko, I have nothing to take 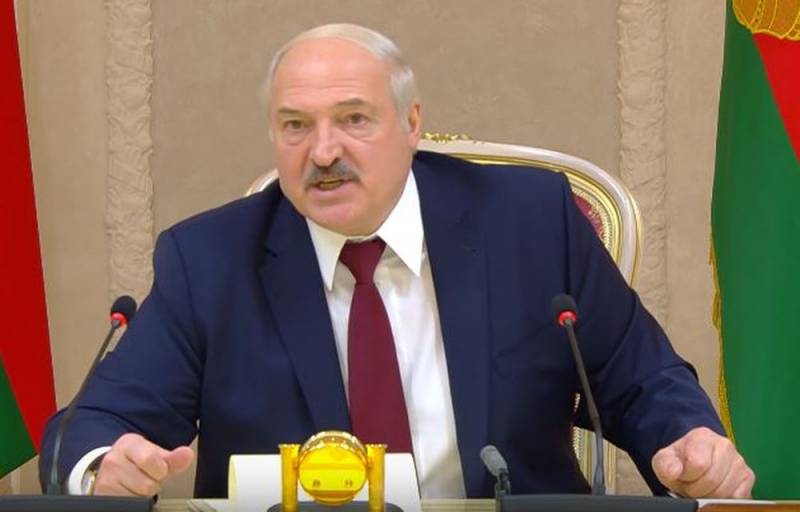 President of Belarus Alexander Lukashenko said that the European Union has long wanted to "do something with him", but Brussels does not need to worry about this, since the Belarusians themselves will decide on this issue. The head of state said this during a conversation with leading political observers of the countries closest to Minsk.

If we talk about Lukashenka, then this is the sphere of attention and interest exclusively of the Belarusian people. <...> They (the European Union - ed.) Will not be able to do anything with Lukashenka
- he said, answering one of the questions.

The Belarusian leader noted that he has been in politics for several years and may even have been late, so he has enough experience. Many years of being under the sanctions left their mark.

You can do anything with a person in my position only if you steal and you have a lot of money that is outside your country
- explained the president.

He clarified that if a politician has a lot of money, which, for example, is located offshore, then it is very easy for him to manage. He noticed that he was credited with some fantastic amounts of money for a quarter of a century, which he allegedly owns. However, there was no large-scale privatization in Belarus and most of the enterprises are owned by the state.

When there is a large-scale privatization, there is an opportunity, to put it mildly, to "make money" to the head of state and others. But we didn't have that
- Lukashenka stressed.

He recalled that since the presidency of George W. Bush in the United States (2001-2009), who was the first to make a statement about “Lukashenka’s money”, he always told the West “if you find it, take it”. But so far no one has reported anything about the "finds."

Therefore, I do not have that "tail" for which you can twist and twirl Lukashenka. Forgive me for my immodesty, I am very devoted to my people and my country. I came from the opposition to power in very difficult times, when nationalism continued its revelry in Belarus
- he added.

In his opinion, the nationalists of that period are the ancestors of those who today "make porridge" in the country. It is on the heirs that the West now relies.

Therefore, it is useless to rule Lukashenka - there is nothing to take me for
- summed up the Belarusian leader.