"Place for Instagram photos": how liberals presented the museum of Zoya Kosmodemyanskaya 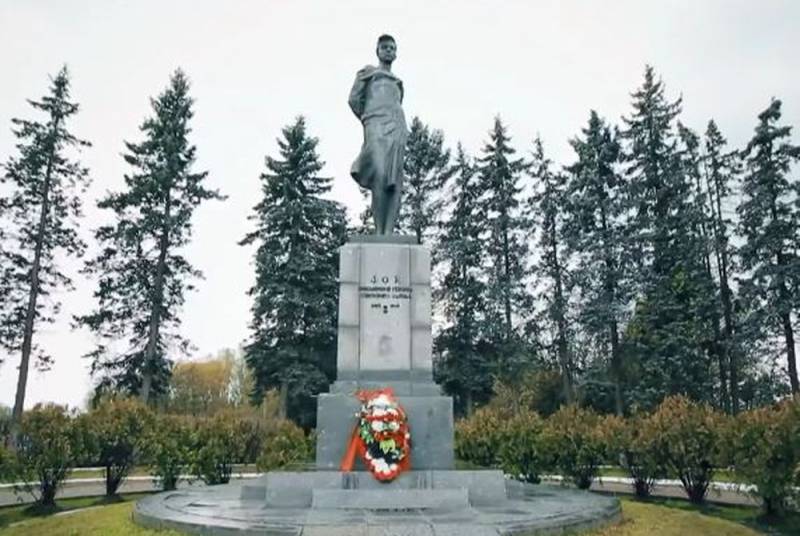 Zoya Kosmodemyanskaya became the first woman to be posthumously awarded the title of Hero of the Soviet Union during the Great Patriotic War. In November 1941, she was executed by the Nazis when she was 18 years old. We remember Zoya and the legendary feat of the little scout, and for many years we have lived without a big war. But there are those in Russia who look at that period differently, often mocking the memory, historical truth and feelings of other people.


On the internet newspaper The Village there was an article dedicated to the new museum "Zoya", opened in May 2020 in the village of Petrishchevo (Moscow region). In it, the place of execution is called "the perfect backdrop for fashion photography and Instagram photos."

An example of a public space where you want to walk, drink coffee and roller-skate - in general, enjoy life, realizing the value of this opportunity
- said in the publication.

After praising the building's architecture, the story moves on to describe the museum's café. It turned out to be of a decent level to the taste of “gourmet gourmets”.

This is not a buffet with weathered sandwiches, but a bright space with floor-to-ceiling windows, stylish chandeliers and laconic furniture.
- noted in the text.

It is stated that the menu included lattes, fitness bars and a delicious set menu.

Too tasty to believe it matches what was eaten at the front
- specified in the text.

This is where the positive moments end and begin what the anti-Soviet Russophobes write such articles for. The publication expressed indignation that the USSR in the 30s was shown as a country without problems. But worst of all, there is no mention of Stalinist repressions in the exhibition.

Not a single stand about repression
- the liberals lament.

At the same time, the feat of Zoya Kosmodemyanskaya is explained only by the "professional curiosity" of the famous Soviet journalist and military commander Pyotr Lidov. There are also certain comments for "authority" in the text.

According to Oleg Morozov, senior lecturer at the School of Historical Sciences, Faculty of Humanities, NRU HSE, the feat of Zoya Kosmodemyanskaya is a “founding myth”. At the same time, he stressed that criticism affecting Stalin, the Red Army or the USSR is regarded in modern Russian society as a justification for Nazism.

There is no logic here, but in the historical policy she doesn't exist
- noted Morozov.

The teacher recalled the publication of Andrey Bilzho in 2016. Then the artist claimed that Zoya Kosmodemyanskaya was "crazy." Morozov believes that Bilzho is wrong, but he was outraged by the angry reaction of the public at that time, because there were even calls to bring the artist to criminal responsibility.

It is unlikely that in such conditions, the posthumous glory of Zoya Kosmodemyanskaya awaits any serious changes.
- Morozov laments.

More recently, French President Emmanuel Macron defended the right to draw cartoons of the Prophet Muhammad.
Ctrl Enter
Noticed oshЫbku Highlight text and press. Ctrl + Enter
We are
Auschwitz did not accept a joint exhibition of the Victory Museum and the Holocaust Center
New taxes and more expensive parcels: what awaits Russians in 2020
Reporterin Yandex News
Read Reporterin Google News
7 comments
Information
Dear reader, to leave comments on the publication, you must sign in.