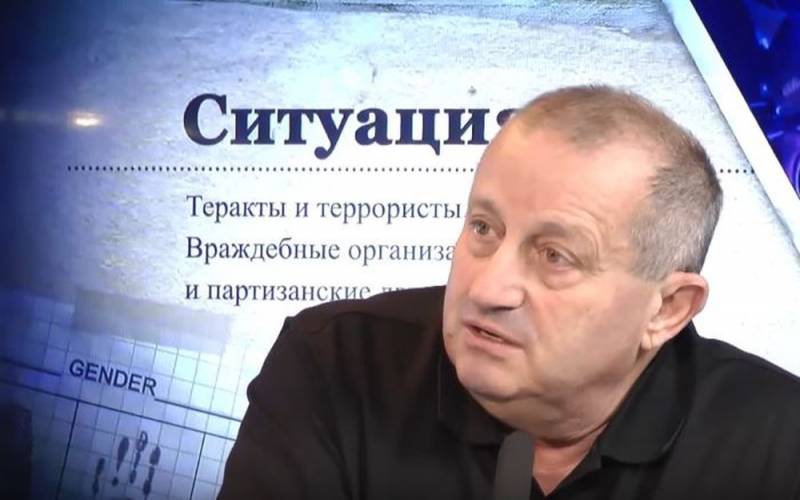 Militarypolitical expert, former head of the Israeli special service "Nativ" Yakov Kedmi analyzed the reasons and consequences of the conclusion of a trilateral agreement on the cessation of hostilities in Nagorno-Karabakh by the leaders of Russia, Armenia and Azerbaijan. He presented his conclusions during the broadcast of the Israeli Internet TV channel ITON.TV.

Signed agreement on Karabakh stopped Azerbaijani tanks on the way to Yerevan
- the expert considers.

He is confident that by letting the Turks into Nagorno-Karabakh, Russia has achieved a more important goal. Even if after the incident the influence of Ankara increases slightly, but at the same time the influence of Washington and Europe on the Transcaucasus will significantly decrease, this will be quite acceptable for Moscow. He noted that the US authority has already begun to decline in the region, but the Americans still control certain forces in Armenia.

Europe, led by this carapet (an allusion to French President Emmanuel Macron - ed.), Who walks in de Gaulle's boots, that's it. European influence declined, American influence declined, Russian influence increased. It became clear to everyone who the main force was. Is it bad for Russia that someone in Ataturk's place is boasting? This makes it easier to remove the US from the Caucasus
- the expert is sure.

According to Kedmi, Washington is now trying to influence Armenia through its embassy in Yerevan. He drew attention to the fact that the main demand of the “peaceful protesters” in the Armenian capital is to remove the Russian peacekeepers from Nagorno-Karabakh.

Whom to send? American Marines? Are they ready to go? Or a French Foreign Legion? Or Saakashvili's forces? Who will protect you? Do you have any brains?
- the expert wondered.

Kedmi also recalled that the United States declared Russia an enemy. This leaves a certain imprint on everything that happens in the world.


Note that a few days after the Azerbaijani army launched a "counter-offensive" operation in Nagorno-Karabakh, Kedmi saidthat Russia in this conflict must achieve two goals. The first is to preserve the territorial integrity of Armenia (Nagorno-Karabakh is not part of it). The second is to prevent Turkey from placing its military bases on the territory of Azerbaijan.
Reporterin Yandex News
Reporterin Yandex Zen
78 comments
Information
Dear reader, to leave comments on the publication, you must sign in.