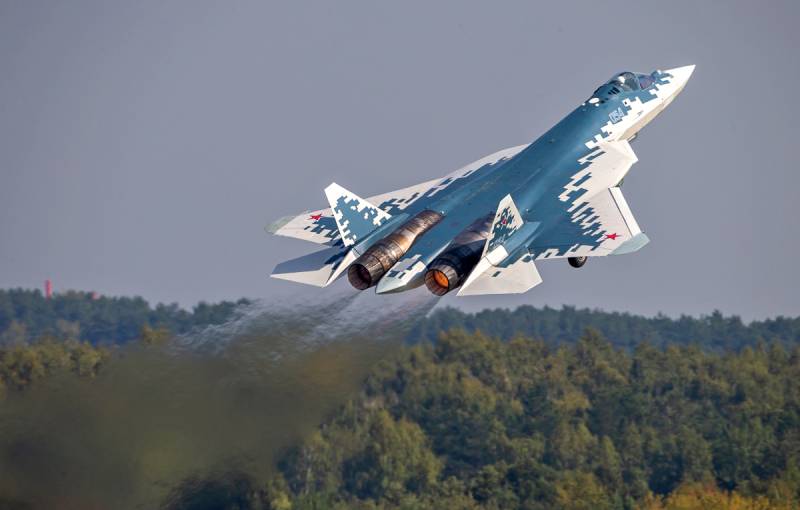 Moscow is accustomed to occupying a leading position in the field of military aircraft construction. But in recent decades, Washington has taken the lead with the development of the fifth generation F-35 Lightning II and F-22 Raptor fighters. Now Russian leader Vladimir Putin has decided to push the Americans off the pedestal, writes the Indian edition of the EurAsian Times, citing research by the US RAND Corporation.


Russia lagged behind due to the inability to create a full-fledged fifth generation fighter. Moscow's response was the development of the Su-57, which many experts were quick to call an unsurpassed machine. However, the excitement from the anticipation of the Su-57 being adopted by the Russian Aerospace Forces quickly passed. Experts criticized the car because of the first stage engines on it (AL-41F1), which do not make the Su-57 a fifth-generation fighter. These engines are based on the Soviet AL-31F, which were developed for the Su-27.

In a study by the RAND Corporation it is said that all 76 Su-57 units, which are planned to be transferred to the Russian Aerospace Forces by 2028, will be without second stage engines ("Product 30"). The AL-41F1 engine creates 15000 kgf thrust on afterburner, and the "Product 30" will allow it to reach 18000 kgf and fly at a cruising supersonic speed.

In addition, some of the design features of the Su-57 increase its radar signature. These include the blades of the engine compressors "looking out" from the air intakes, the absence of an uninterrupted canopy and other details. Therefore, the Su-57 is not yet comparable to the F-35 and F-22.

Experts believe that the single-seat twin-engine Su-57 is not yet fully operational. It should become a multifunctional aircraft and be capable of hitting any targets (sea, air and ground). It should be armed with hypersonic missiles.