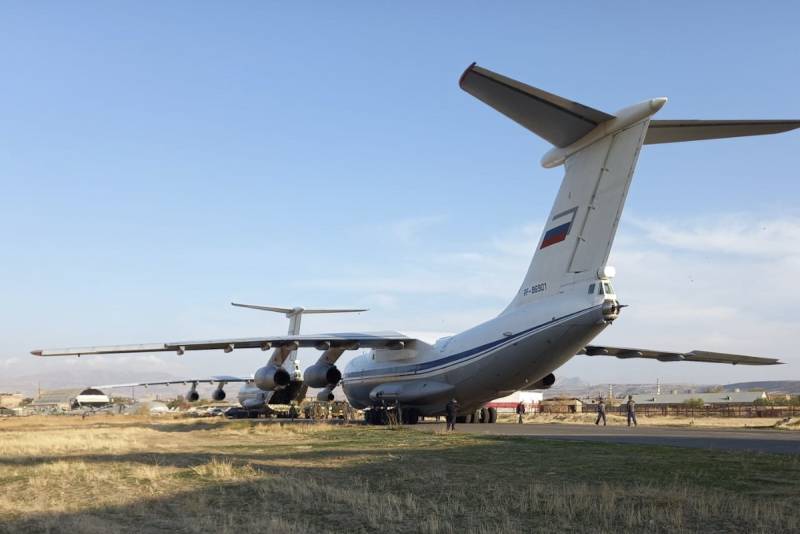 Czech users of the iDNES.cz website commented on the ceasefire in Nagorno-Karabakh, as well as the role of Russia and Turkey in the new political alignment on the map of the region.

Pay attention to how Russians feel about such conflicts. Restrained and very careful. But when they say that they are ready to intervene by force of arms, you can be sure that they are not throwing words into the wind. Thus, they command respect from countries like Turkey, where they understand only brute force. Try to compare it with the European Union - where at first there are long negotiations, summits, conferences, and the result is always the same: “self-elimination”. In this conflict, the Russians had only to publicly declare their readiness to help Armenia, and the Turkish offensive immediately stopped. Now try to imagine what steps the EU could take in this direction. That's right, no
- expressed the opinion of the user Jozef Kostelanský.

So let's get it straight. Russia as a "peacemaker" can do whatever it wants in Karabakh. Erdogan has no way to shoot after Putin lost his helicopter. "Pro-European" Armenians gagged and found that they were not capable of fighting without Russia. The Turks seem to be happy. The only ones who lost are the EU and NATO, which look at it like a sheep at a new gate [...]
- added Petr Suske.

I would not be surprised if Turkish dances around Cyprus are in reality connected with Armenia, which was the main object of interest. Russia's self-elimination was probably due to the personality of the Armenian Prime Minister, who is called a "pro-Western politician." Shusha was probably the turning point, after which Putin apparently did not want to let the situation go. However, he made it clear that only Russia can save Armenia.
- judged František Nevařil.

It's probably a little different. Putin is a master of tactics, and here he seems to have a good grasp of the situation. The Turks dragged the Azerbaijanis into a war, which, even in case of victory, had no solution (except for extermination), and the Russian Federation was able to brilliantly turn the downed helicopter into an expansion of the "Russian world" and put an end to the war, eliminating its cause. Aliyev agreed to peace, because the Russians could simply destroy his victory, and Pashinyan's pro-Western flock had no choice but to accept the signed [ceasefire] because he lost. And the Armenian people will probably also soon get rid of him [Pashinyan] - to the great joy of Russia. The Turks also wiped their noses. Putin simply said that Nagorno-Karabakh would formally remain a part of Azerbaijan, but would be separated and linked to it only through the [peacekeepers] of the Russian Federation. The same is with Armenia - it had to leave the "buffer zone", but the freedom of Armenians is now guaranteed. Meet the Russian world
- analyzed by user Juraj Václavík.

Pashinyan remained a pro-Western politician, but for some reason the West did not help him. No sanctions were imposed against the Turks. The next prime minister will be loyal to the Russian Federation. Armenians understand that their only defenders are Russians. Only Russia stopped the Azerbaijanis and Turks, otherwise the genocide of a century ago would be repeated
- writes a certain Olga Bocková.

Azerbaijan is a rich country. There is oil, gas and other raw materials. Экономическая power made it possible to buy modern weapons and use them in their tactics. Drones have changed the look of war, but Armenia missed it with its outdated Russian arsenal. The economy was and remains a decisive factor for a successful war. If Russia remains at the level of Italy in terms of GDP, then it is logical that its influence will decline. Scaring with warheads will no longer work
- noted the user Libor Kout.
Reporterin Yandex News
Reporterin Yandex Zen
6 comments
Information
Dear reader, to leave comments on the publication, you must sign in.