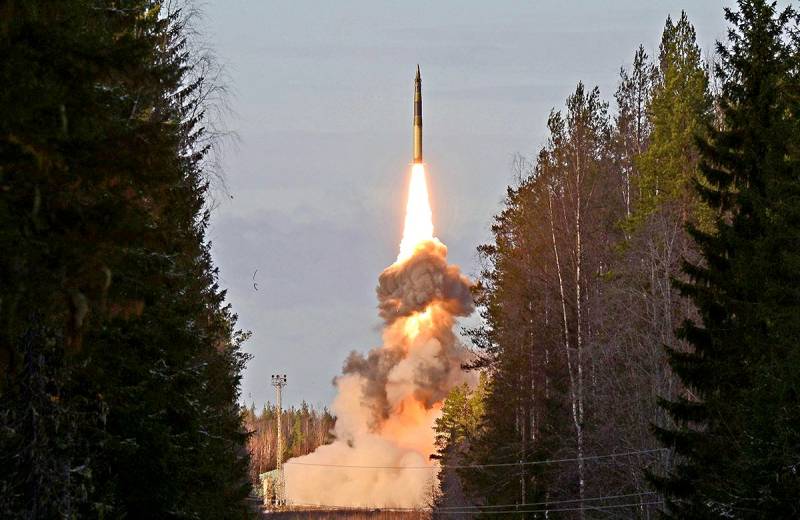 A few days ago, President Putin told the general public that a new strategic nuclear control center (SNF) had been created in Russia, which should become as reliable as a Kalashnikov assault rifle. For obvious reasons, the head of state did not disclose its specific characteristics and location, but one can try to present them taking into account the challenges of the time.


According to the data available in open sources, since Soviet times, our country has been guarded by the so-called "Perimeter", or "Dead Hand". This system was created for a guaranteed retaliatory strike from a preemptive nuclear strike by the United States and its NATO allies. It is believed that the "Perimeter" works in the following way: the missile attack warning system must record the attack, and the sensors placed in key points of the country - seismic shocks from hits and radiation contamination of the area. Further, the "Dead Hand" tries to get in touch with the "nuclear suitcases" of the head of state, the Ministry of Defense and the Chief of the General Staff. If this does not happen, then there is a request for the command post of the strategic missile forces.

If everything is bad there, "Perimeter" begins to take revenge on the aggressor for all of us. A command missile is launched, which transmits a signal to all other Strategic Missile Forces systems for a retaliatory attack. In the press, it is even called the "Soviet Skynet", which is only partly true, since ours is kind. The potential adversary is undoubtedly forced to take into account the "dead hand" factor. However, after the collapse of the USSR, quite a lot has changed for the worse.

At first, NATO's military infrastructure has approached the very borders of the Russian Federation. The United States has withdrawn from the INF Treaty and is systematically leading to the deployment of its medium-range nuclear missiles in Europe. It is not yet clear whether START III will be extended or not. There is a fear that the Pentagon is increasing its capabilities for the preventive destruction of mines and launch complexes of the Strategic Missile Forces, which should be managed by Perimeter.

Secondly, the technical capabilities to carry out so-called cyber attacks have advanced very seriously. For example, in Venezuela, the US intelligence services have demonstrated extensive capabilities to hack key systems, plunging the country into darkness. It is clear that the military and civilian infrastructure differ in the levels of security, but the "combat hackers" of a potential adversary are also on the alert.

All these new threats are forcing the Russian Defense Ministry to increase its capabilities for a retaliatory missile strike. The latest Yars complexes have been put on alert by the Strategic Missile Forces, the fleet has received the Borei-A nuclear submarine, and the so-called "Putin's missiles" are being developed. But this is clearly not enough: a deep modernization of the command center is required, taking into account the changed conditions and the emergence of new of technologies... It is not clear from the statement of the head of state whether it is about using the infrastructure of the old "Perimeter", or we will have "Perimeter-2". According to open information, there are two nuclear bunkers capable of withstanding the impact of the most powerful missiles. One is located in the Sverdlovsk region, the second is in Bashkiria, both at great depths of 300 and 900 meters, respectively, under the mountains. Also, underground shelters capable of performing the functions of a command center are available in the European part of Russia, in Moscow and the Moscow region.

Since their location is not a big secret and it is hardly possible to bury them even deeper, there is reason to assume that the Russian Ministry of Defense could have created a new underground bunker at a depth sufficient to protect against American B83-1 thermonuclear gravity bombs designed to destroy highly protected objects. ... The main requirement for "Perimeter-2" is its maximum survivability, the ability to withstand any attacks and make retaliation inevitable.
Ctrl Enter
Noticed oshЫbku Highlight text and press. Ctrl + Enter
We are
Putin's phenomenon is Russia's main problem
Ten "defeats" of Putin
Reporterin Yandex News
Read Reporterin Google News
12 comments
Information
Dear reader, to leave comments on the publication, you must sign in.