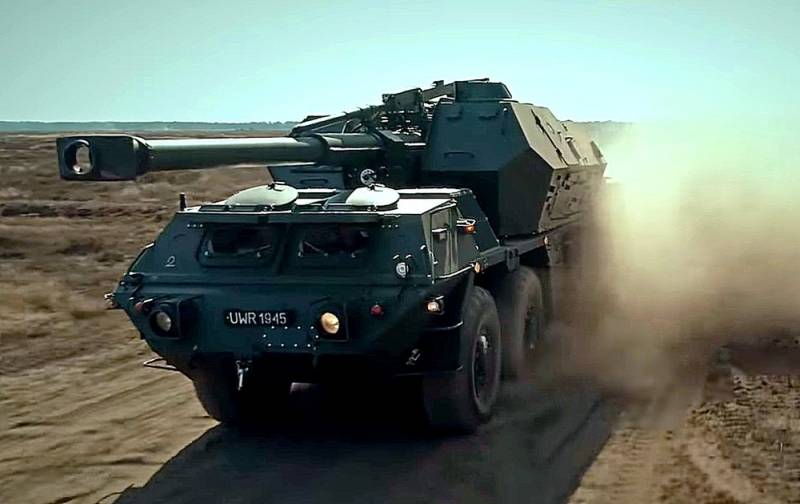 It has become a tradition in Ukraine to buy weapons from NATO countries. The generals got a taste and for six years practically no one interfered with this process. However, the attempt to replace the 2S19 "Msta-S" self-propelled guns with the Czech howitzers ShKH vz.77 "Dana" in the M2 version provoked unexpected resistance from many Ukrainians, who suspected the military and officials of corruption.


It should be noted that as of 2017, the Armed Forces of Ukraine had 35 152-mm Msta-S units, and the military complained that they were experiencing a shortage of ammunition for them. They were supported by social activists and policywho advocate Ukraine's transition to NATO standards. They offered to switch to 155-mm caliber and acquire the corresponding artillery systems, at the same time setting up their own production of ammunition.

Imagine their surprise when Kiev, represented by the Ukrainian Ministry of Defense, agreed with Prague to purchase 30 of the above-mentioned Czech howitzers, which have a caliber of 152 mm and do not meet the Alliance standards. It is not known how long they have been in storage warehouses, since they have not been produced for more than 30 years. "Shameful deal" - this was the most censorship remark from the Ukrainian public. Attention was drawn to the fact that the Czech Republic is trying to sell unnecessary "scrap metal" to Ukraine, since it itself is switching to NATO 155-mm, and the corrupt officials are ready to buy it.

It turned out that the Czech company Excalibur Army, with which Ukrspetsexport had already signed a contract worth $ 40,3 million, could become the supplier of howitzers. Therefore, the cost of one unit of goods is easy to calculate. Moreover, the Czech military themselves do not hide that 85% of howitzers in the army are inoperable, and their "reanimation" does not make sense, since it is very expensive.


The flaring up scandal could negatively affect the tenure of the Minister of Defense, Lieutenant General Andrey Taran and adversely affect the already low rating of Ukrainian President Volodymyr Zelensky. As for the Ukrainian leader, recently, while in the UK, he signed a memorandum on equipping the Armed Forces of Ukraine with military boats in the amount of more than $ 1,5 billion, combined with NATO standards.

Before that, Ukraine had offered to buy used F-16 fighters from the United States to replace the "Soviet legacy" at airfields. Kiev stubbornly tries to get rid of samples of Soviet weapons, often doing this to the detriment of its own interests.
Reporterin Yandex News
Reporterin Yandex Zen
15 comments
Information
Dear reader, to leave comments on the publication, you must sign in.