Trump's chances of staying in the White House are growing 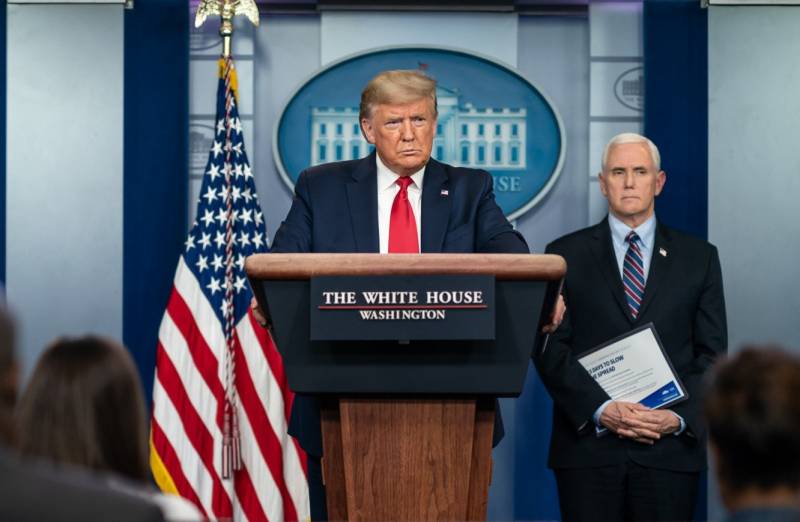 To all appearances, the United States is moving with leaps and bounds towards a grave political crisis. The Democratic Party used all its rich experience in the "color revolutions" around the world to bring candidate Joe Biden to power, and their "pocket" media immediately proclaimed him president. He had already decided that he was "in the house", White. But Donald Trump thinks differently, and he is not alone.


Strictly speaking, why should he "merge" by all means, giving in to psychological pressure from political opponents and their "free" press? Both candidates went to the last "neck and neck", and then a miracle happened - the Democrats won. But did they really win?

The incumbent President Donald Trump is collecting evidence of election fraud, and they are quite serious. For example, in Detroit, witnesses confirm that many ballots were processed retroactively, and other opened absentee ballots were recounted orally, all in favor of Biden. In Nevada, with the connivance of the local electoral commission, some people took armfuls of ballots to a van belonging to the Democratic Party, where they were filled in the "correct" way and packed in envelopes. In New York and Pennsylvania, people voted for Joe Biden straight from the grave, apparently out of respect for the venerable age of the candidate. Georgia State Official Gabriel Sterling commented on the electoral process:

We will find that people did vote illegally. This will. There will be people who voted twice. There will be those who were not eligible to vote in this state, according to voter registration rules. This will be installed.
Wonderful. And these people are teaching others the "correct" democracy. Now President Trump, who refuses to recognize Biden's victory and thereby legitimize it, has to confirm the fact of falsification in the US Supreme Court. By the way, the Republicans have strong positions there, and therefore the chances for an objective investigation are good. The only question is whether he will be in time within the time allotted before the election of the electors and whether an honest recount will finally be in his favor.

Meanwhile, on the side of the incumbent head of state, an apparently inconspicuous agency called the Office of General Services (GOS) of the United States came forward. Its leader, Emily Murphy, is in no hurry to recognize Joe Biden as president-elect, and without the FBM, Democrats cannot access the documentation needed to formally recruit their employees and send them to their respective positions. Prior to identifying the winning candidate, the Office of the Director of National Intelligence (ODNI) refused to support the presidential change by Murphy. In addition, Joe Biden has been denied access to the President's Daily Newsletter (PDB), which is generated on a daily basis by the intelligence community for the head of state.

These are quite alarming "bells" for the Democratic Party, which has already uncorked and drank its champagne. Even more, Joe Biden's headquarters should be alerted by President Trump's decision to replace the heads of key security agencies. Quite atypical behavior for a "lame duck", unless she considers herself so. It seems that the Republican is ready to fight to the end, and removed those security officials who "caved in" to the Democrats, recognizing their victory. This means that it is still not over for Donald Trump.
Reporterin Yandex News
Reporterin Yandex Zen
24 comments
Information
Dear reader, to leave comments on the publication, you must sign in.