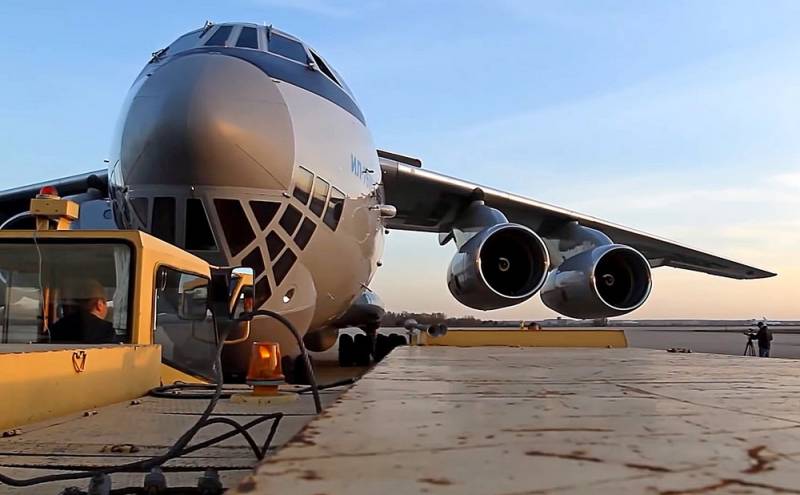 The carrying capacity of the modernized Russian Il-76MD-90A will increase by 12 tons. This was announced the day before in the UAC.


So, according to designer Andrey Yurasov, instead of 48 tons, the improved heavy military transport aircraft will be able to lift 60. At the same time, in terms of fuel consumption, it will become more economical by 12-15%, and its flight range will increase by 18%.

As for the modernization, the Il-76MD-90A was equipped with updated PS-90A-76 engines with a thrust of 14,5 tons each, as well as a reinforced chassis and a wing, the panels of which are now manufactured in one piece. This approach not only simplified technology production, but also allowed to reduce the weight of the wing and even increase its service life. In addition, almost all onboard equipment and systems were replaced.

Let us recall that the Il-76MD-90A is a deeply modernized version of the Il-76MD aircraft. The machine is designed for the transfer of troops, heavy equipment, transportation of goods with the possibility of parachuting and landing. In this case, a heavy transport can be used to extinguish area fires and transport the wounded.

The maximum take-off weight of the Il-76MD-90A is 210 tons, the cruising speed is from 780 to 850 km / h. The aircraft has a service life of 30 years.
Ctrl Enter
Noticed oshЫbku Highlight text and press. Ctrl + Enter
We are
“Killer Aircraft”: the failure of the Boeing 737 Max and its consequences for Russia
Long and very expensive. Ruslan vs IL-106
Reporterin Yandex News
Read Reporterin Google News
2 comments
Information
Dear reader, to leave comments on the publication, you must sign in.