Joe Biden's "first victim" may be the American lunar program 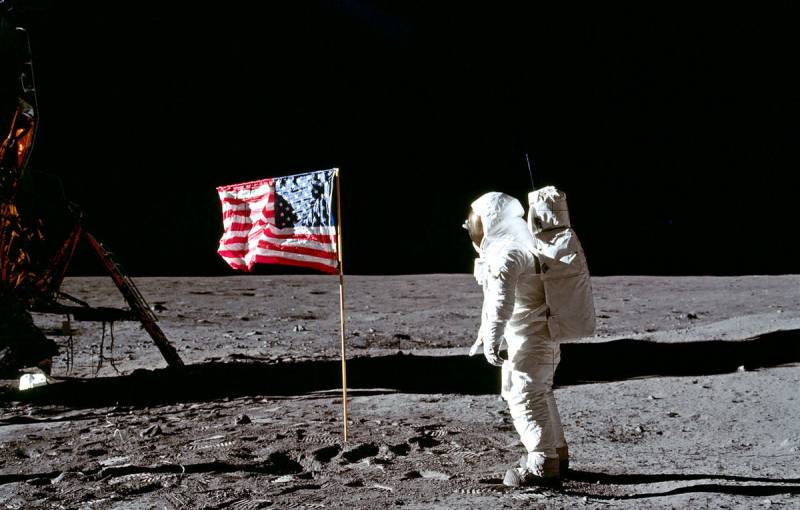 It's no secret that policy American Democrats and Republicans are very different. The first victim of the proclaimed winner of the presidential race, Joe Biden, may be the US lunar program, which for Donald Trump was a symbol of the revival of former greatness.


This is very symbolic. It is believed that American astronauts landed on an earth satellite on July 20, 1969. Such a breakthrough became possible only as a result of the irreconcilable rivalry between the two superpowers, the USSR and the USA. Colossal funds were invested in the Moon Race on both sides, the best minds of mankind worked on it. However, in addition to the scientific and ideological value, the study of the satellite did not bring much profit, and after the collapse of the Soviet Union, all these ambitious and large-scale space programs were forgotten as unnecessary. The world became unipolar for many decades, being dominated by the "globalists".

President Donald Trump, as a prominent representative of the so-called "imperials", pursued a course towards the restoration of US sovereignty. In just four years, he managed to achieve quite a lot. His idea of ​​returning the Americans to the moon was supposed to be a real milestone in the fight against a new threat in the face of the PRC, which is increasingly propping up the United States from its position as a technological leader and undeniable "hegemon." The new American lunar program is called "Artemis". What was she like, and what would go under the knife now?

A year ago, Donald Trump gave NASA the task of returning to an earth satellite. Already in 2024, American cosmonauts were supposed to land on the moon, although the expert community assessed these dates as too optimistic. At the same time, there must have been a woman in the crew. In the orbit of the moon, it was intended to build an international visited station Gateway. Later, after 2028, NASA was going to build a base on the surface of the satellite, suitable for long-term missions. Subsequently, the Moon was to become the US gateway to Mars. International "Artemis Agreements" were signed with the European Space Agency, Canada, Australia, Britain, Italy, the UAE, Luxembourg and Japan, as well as with a number of private companies. China and Russia were defiantly not allowed to participate in the program. For the project, a multipurpose, partially reusable Orion spacecraft was developed, which should first replace the Shuttles, and then open the US road to the Red Planet. The creation of special lunar spacesuits, rovers for movement on the satellite, was begun.

There is no doubt that such international cooperation would allow more than one technological breakthrough and bring closer the moment of landing of the first man on Mars. However, now all these ambitious plans are unlikely to come true. The head of NASA Jim Bridenstine himself resigned, arguing that he could not find a common language with Democrat Joe Biden:

They need someone who has a close relationship with the President of the United States ... someone who has the trust of the administration ... including the Office of Management and Budget, the National Space Council, the National Security Council. I think I am not fit for this in the new administration.
The Democratic Party does not hide its new priorities in the activities of the United States: restoration economics, fighting the coronavirus pandemic, fighting for racial equality and fighting climate change. And seemingly not such and bad declared goals, but the question remains in their specific content. As part of the fight against coronavirus, "globalists" can establish total digital control over the population. “Racial equality” for some reason in practice degenerates into the need for the white majority to kneel before the black minority. The fight against climate change and economic recovery may in fact be an expansion of the influence of multinational corporations and increased pressure from Washington on the competitors of American companies.

There is no deep space in the program of the "globalists". What for? If they restore a unipolar world, then there is no point in investing tens of billions of dollars in competing with someone and flying somewhere without any visible benefit. Better to use these funds to support your loyal constituents by increasing their benefits.
Reporterin Yandex News
Reporterin Yandex Zen
19 comments
Information
Dear reader, to leave comments on the publication, you must sign in.