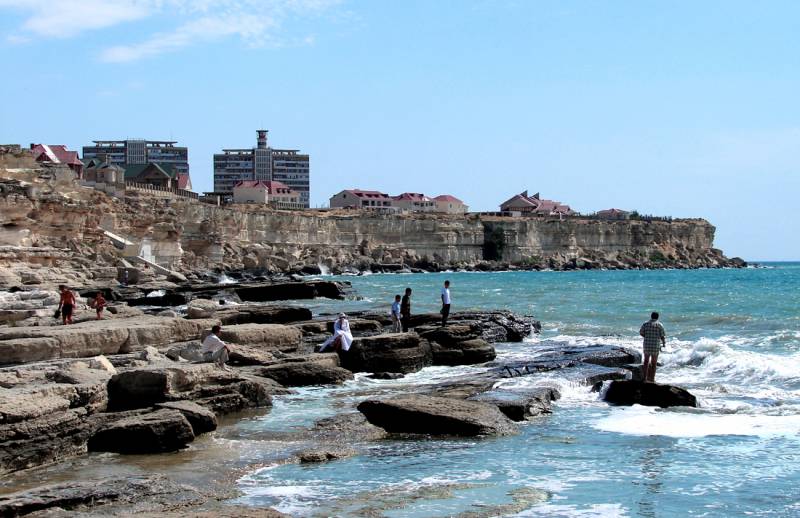 Moscow hastily began to strengthen its presence in the Caspian. 2,5 billion rubles will be invested in the port infrastructure of the Russian coast. The government issued a decree on the creation of a new Special economic zones (SEZ) in the Astrakhan region. How can you explain such an increased attention to affairs in the Caspian Sea?


Due to its geographical position in the heart of Eurasia, our country is well suited for the construction of international transport corridors (ITC). New Delhi and Tehran became interested in competitive advantages in the form of a shorter logistic leverage and reduced transportation costs, which signed an agreement with the Kremlin to create the North-South ITC (NS). It is assumed that containerized cargo, grain and other foodstuffs will go from Sri Lanka through India and Iran to Russia, and then they will go to Europe. One of the key points of the route is the Caspian Sea.

In 2014, the SEZ "Lotos" was created in the Astrakhan region, in which Iranian, Italian, German and other companies are residents. The stated goal is to prepare the railway and logistics infrastructure. "Lotus" will cost the budget more than 10 billion rubles, plus in the period from 2020 to 2026 the SEZ will receive government subsidies in the amount of 8,5 billion rubles. Now in the area of ​​the seaport "Olya" a second special zone will be created. The government will allocate 1,1 billion rubles for the modernization of the port and 1,4 billion for the construction of a new container terminal. It is planned to create a unified management company, which will work under the auspices of the Ministry of Economic Development.

In general, such undertakings can only be welcomed. The Astrakhan region can become a large logistics hub through which international transit will go, and Russia will expand its opportunities for exporting its grain and other foodstuffs to the countries of the Middle East and Asia. However, it is necessary to understand that this activation is forced, since now the Caspian Sea will become more crowded.

It is easy to see that Moscow remembered about the Caspian literally immediately after the defeat of Armenia in Nagorno-Karabakh. The water area of ​​this closed sea is rich in hydrocarbon reserves, valuable fish species, and is the most important node for the possible laying of pipelines. The United States showed great interest in the Caspian Sea. Israeli military expert Yakov Kedmi spoke out quite harshly about this at one time:

Anyone in Russia who allows Turkish and NATO bases to enter the Caspian can be shot without trial.
The water area of ​​the Caspian Sea was recently divided between the countries on its coast. Among them was Azerbaijan, which in the course of the victorious war over Nagorno-Karabakh proved to be a loyal ally of Turkey. The war ended with the surrender of Stepanakert, but the entire territory of the unrecognized republic of Baku is not occupied, which leaves a formal reason to repeat it at any time. This also gives Ankara the right to deploy its military contingent and military bases in Azerbaijan to ensure stability in the region. Let the Turkish soldiers not be called "peacekeepers", unlike the Russians, but what does this change in principle? By the way, the consent of Moscow is not required for their transfer to Baku, this is purely technical a question between two sovereign states.

President Erdogan does not particularly hide his desire to go directly to the Caspian Sea and Central Asia. Turkey borders on the Azerbaijani Nakhichevan, which is an exclave. The Armenian side warned about Ankara's plans during the war with Nagorno-Karabakh to link its territory with Azerbaijan:

The main goal of Turkey and Azerbaijan is to cut off the border of Artsakh and Iran, reach the state border of Armenia and cut through the "corridor" to Nakhichevan.
Back in 2017, President Aliyev announced that he was ready to withdraw Nakhichevan from the transport blockade by building the Kars-Igdir-Nakhichevan railway:

As a result of the implementation of this project, cargoes coming from India and Pakistan will be delivered through the territory of Azerbaijan to Iran, Russia, Northern Europe and back.
It is curious that this road is also implemented within the North-South transport corridor, but according to Baku's plan, transit to Russia should go through Azerbaijan. Now an additional land corridor along the Iranian border has been cut through by military force, and Ankara will have direct access to the resources of the Caspian Sea through a friendly country. Turkey is a NATO member. With which we all congratulate.
Reporterin Yandex News
Reporterin Yandex Zen
39 comments
Information
Dear reader, to leave comments on the publication, you must sign in.