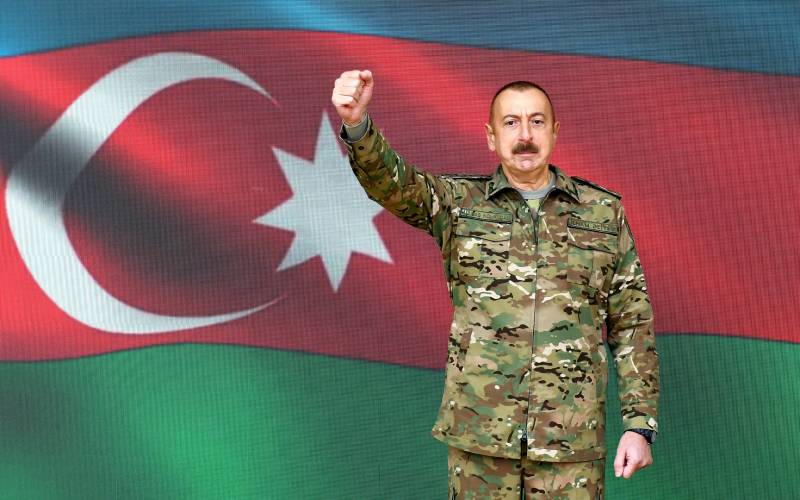 Actually, something happened that had to happen sooner or later. Over the course of 30 years, Azerbaijan has modernized, rearmed, trained its army in order to regain Nagorno-Karabakh at some point.


Definitely, this is a great victory for Ilham Aliyev personally and the entire Azerbaijani people. The territory, which was occupied by the Armenians in the early 90s, was returned. One can argue for a long time about whose land this is, who lived there 1000 years ago, and so on ... But the fact is that it was the Armenian armed units that attacked Azerbaijan after the collapse of the USSR. It is simply pointless to argue with this.

The perpetrators of the conflict should not be looked for in modern Azerbaijan or today's Armenia. The blame lies with the early Soviet regime, which often drew conditional and actual boundaries with little intelligence. Moscow had all the necessary leverage, as well as 70 years of time, to bloodlessly resolve many interethnic conflicts on the territory of the USSR, but nothing was done.

The thoughtless position of Yerevan itself, which for almost 30 years did not recognize the independence of the NKR and did not include it in Armenia, played an important role in this whole story. "Karabakh is ours, but we do not recognize it" - this is frank political idiocy.

Nevertheless, the most important thing is that the conflict in Nagorno-Karabakh is over and the bloodshed has stopped. Despite the bellicose statements from Yerevan, the Armenian army is unlikely to dare to violate the agreements reached, because in this case, it will simply not have to count on any support from Russia.

Russia has taken the most correct and rational position in the conflict. Moscow had no moral and political right to invade Karabakh in order to contain the Azerbaijani troops. The Kremlin is very fond of invoking international law, so it could not violate it.

Immediately after the signing of the "act of surrender" Yerevan was overwhelmed by pogroms ... The protesters took the parliament building ...

What do you want, dear? Armenian propagandists hourly reported on the successes at the front, that the enemy was fleeing and they would drive him right up to Baku. And here on you, surrender ... Suddenly it happened. People were fed with bikes for more than a month, and in one night they lost all of Karabakh.

In general, the propaganda campaign that was launched by the Armenians in the course of the already ended conflict caused bewilderment from the very beginning. All statements by the Azerbaijani side about real successes at the front were immediately refuted. At the same time, Yerevan and Stepanakert were spreading victorious reports about crushing defeats of the enemy. Our military correspondents also actively helped them, including the notorious Semyon Pegov, who "held Shushi" even after Baku published footage of the capture of the city.

On the Internet, every Armenian considered it his sacred duty to accuse the Azerbaijanis of lying and show his map of the lost territories, which was 20 days behind the Azerbaijani (read - real) version. Foaming at the mouth, they argued that the enemy was about to fall, and Yerevan would celebrate victory.

So, gentlemen in Yerevan and beyond, now clear out the popular discontent. Just do not try to find the extreme, for example ... Russia. They say - it was the Russians who did not support us, what kind of traitors they were, but we thought that the brothers ... This is not necessary. Nobody is obliged to fight for you for the unknown whose land (because for 30 years you yourself have not recognized the existence of the NKR). And the overwhelming majority of you didn't even get off the couch.

We already lost two of our guys in the Mi-24 ...
Ctrl Enter
Noticed oshЫbku Highlight text and press. Ctrl + Enter
We are
"We must beat first": the geopolitical alignment around Russia is continuously deteriorating
Ten "defeats" of Putin
Reporterin Yandex News
Read Reporterin Google News
18 comments
Information
Dear reader, to leave comments on the publication, you must sign in.