In the struggle for the minds of the people of Russia, it is worth taking into account the Soviet experience 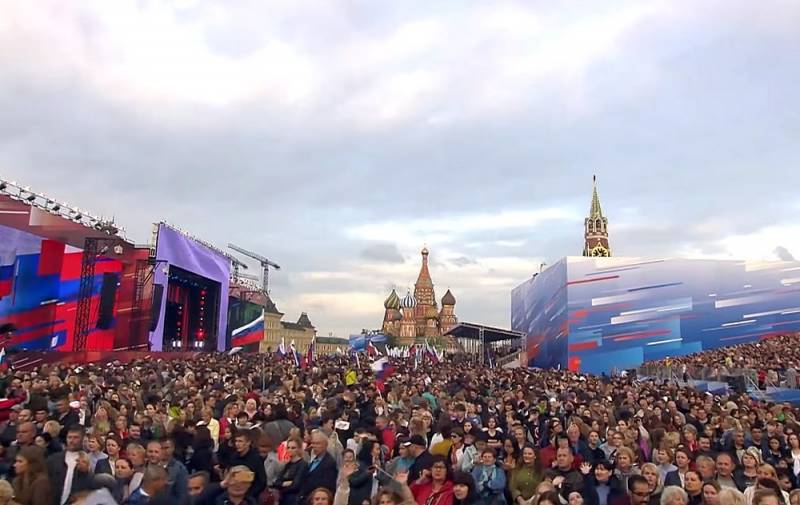 В last time we mentioned that the promotion of Western pop stars among Soviet youth, including The Beetles, was one of the reasons for the collapse of the USSR. It sounds, of course, paradoxical, but in reality everything is simple: talented European and American performers, without even thinking about serving political goals, created an attractive image of foreign countries for the target Soviet audience.


And the opposition to "enemy propaganda" by the leadership of our country, alas, only intensified this effect. As Butusov later sang in "Goodbye, America", "we have been taught to love your forbidden fruits for so long." In the end, after gaining impressions, the majority of the people decided: "We want us to be like theirs." And when they realized that "they" were not as rosy as it seemed at first, it was too late.

But, in fairness, it's worth saying that it's not even the Beatles themselves, Pink Floyd, or someone else. If our party elite were more flexible in terms of thinking and did not oppose the "enemy propaganda" so clumsy, the fascination with Western talents of Soviet youth would not harm. At least, it would not have brought the effect that took place in reality. After all, whatever one may say, but the same “Liverpool Four” is really an art capable of bringing up “reasonable, kind, eternal” in a person.

And today on the vastness of the Internet, TV screens and on the waves of radio stations, show business rules the ball, which, of course, is no art. This is a consumer-oriented product that indulges at times the basest human instincts. That's why he is a threat. No matter how pathetic it may sound, we are talking about a threat to national sovereignty. We'll figure out why, but let's start a little from afar.

From the fact that someone may ask: “Isn't the author putting labels on it? Are there any objective criteria by which show business can be distinguished from art? "

The fact of the matter is that there is. Distinguishing one from the other is really not always easy, but possible. And the objective criterion here is that art makes a person think and experience truly deep feelings - real, and therefore not always joyful and bright in a fair way. At the same time, the show business product only glides on the surface, without taking its consumer out of the comfort zone. His task is to earn more, and for this it is best not to strain the consumer. As a result, the stars of the current stage, both ours and foreign ones, are quite possible to listen to while sipping beer and taking a horizontal position on the sofa.

But with the classics, for example, such a number will not work. You can, of course, try, but really deeply penetrate - it will not work. Even the work of the "Beatles", despite the external lightness, requires a certain reflection. But hardly anyone will reflect on the work of Baskov or Stas Mikhailov. At least on a sober head. Yes, they, in fact, do not write their hits for that.

So what is the danger that show business can pose for our people, especially in terms of the loss of national identity, which can be called cultural sovereignty? And does this danger exist somewhere other than the imagination of the author? There is every reason to believe that it exists.

Everything is extremely simple again. Each or almost each of us paid attention to how similar in content and form are modern "tracks" (they are even called songs less and less). Moreover, this similarity, as in clothing, very often has no national boundaries. The creation of "mega-hits" is happening around the same patterns around the world.

Once I talked with a vocal teacher at a children's music school, and, among other things, asked in a conversation how talented the current generation of her pupils is. She replied that everything is as usual: there are both very talented guys and those who are lazy or can hardly pull the program. Their percentage does not change from year to year.

But over time, she says, it becomes a problem that young vocalists in singing more and more often unconsciously use the manner characteristic of Western, American vocal culture. And it is almost impossible to wean them from this, because they simply reproduce in practice what they hear in the performance of their idols.

It would seem that this is just a detail, but the devil, as you know, is hidden in just such details. And, in order to confirm the veracity of what the teacher said, you just need to go out to the vastness of YouTube and listen to how the most popular bloggers among young people communicate with their viewers.

We will not take revenge on everyone one size fits all, but very often after watching their videos, the impression is left that you are watching a dubbed translation from English. Moreover, with the preservation of all English or, rather, American language intonations. As the saying goes, there is no need to conquer a country by military means if you can impose your own cultural code on its people.

And "pop", not only musical, by the way, in this regard is a very convenient tool. Which, in addition to imposing alien values, also dulls its consumer. Or does someone think that you can listen to Buzova and watch Katya Klap without consequences in the form of your own degradation?

A person hooked on pop music very quickly turns into a representative of a huge faceless mass, which is very easy to control. Our "protest" rallies are a vivid example of this. How selflessly people are applauding at times the most perfect nonsense, which is carried into megaphones by "fiery tribunes of the streets"! Is this because the same nonsense is pouring into their ears through headphones and radios?

It is worth mentioning separately that pop music can carry a certain “national” entourage, which, however, does not go beyond the level of “matryoshka-putin-balalaika”. Although you can still find many people who sincerely believe that Babkina and the "Golden Ring" perform Russian folk music, and the series of cartoons "Three Bogatyrs" has a real relationship to our epics.

But how to resist all this flow, the reader will ask? We will find the answer to the question from Mikhail Zhvanetsky, who has now left us, who, despite all his criticism of the USSR, once noted one very interesting fact. On the Soviet stage, Mikhail Mikhailovich said, there were simply no untalented people. Because at that time the authorities, although they made a lot of mistakes, really worked to educate their citizens.

Indeed, in the Soviet years, drama performances, opera, ballet, literary evenings with the participation of living classics were in the order of things on central television or on the radio. And there were enough people living in small towns and villages who knew about literary and theatrical novelties, just watching TV at home.

Someone will say that even in modern conditions, with the presence of the Internet, there are no problems in order to join high art. Well, that's true, but only partially. Since in terms of accessibility, art in the modern world is not even close to competing with show business.

But one day we will still live to the point when our authorities will seriously concern themselves with the problem of cultural degradation that Russia is experiencing now, and instead of beautiful words, they will move on to action. And then they will be faced with an extremely clearly formulated task: to gently but consistently restrict access to public space for people who cannot give anything but vulgarity to their fans, and to make high art, and above all Russian art, truly accessible for every inhabitant of our country.

Having learned to work with its people, the state will learn to defend its own values ​​in the international arena, where Russian culture can become one of the most important driving forces of our "soft power" strategy. And here the Soviet experience, rich in both achievements and mistakes, which should have been avoided in the future, will be very useful.