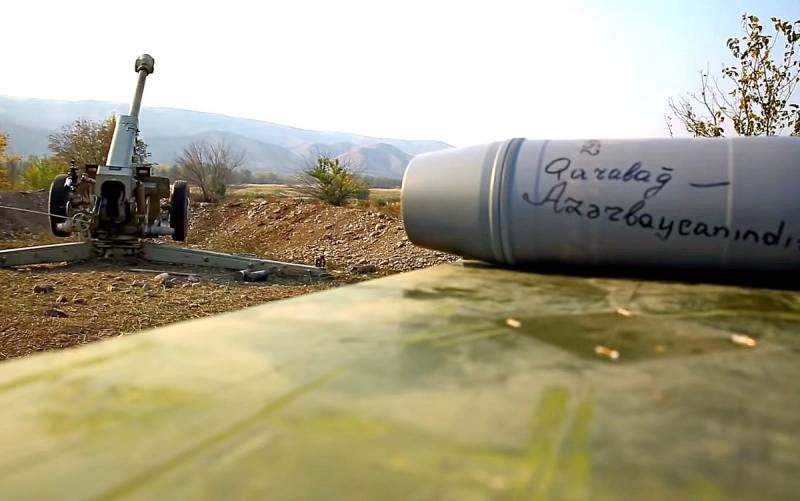 I made an extremely difficult decision for myself and for all of us. I signed a statement to end the Karabakh war at 01:00 (00:00 Moscow time on November 10, 2020 - ed.). The text is unspeakably painful for me personally and for our people
He wrote.

Pashinyan noted that he made this decision "as a result of a deep analysis" of the situation. He believes that this is the best option in this situation.

According to the text of the signed document, the Azerbaijani Armed Forces remain in their positions. Armenian troops are leaving Nagorno-Karabakh, and Russia, in parallel with this process, is deploying its peacekeeping contingent along the line of contact. To do this, Moscow will send 1960 military, 90 armored vehicles and 380 - another equipment... The peacekeepers will stay there for 5 years, and if necessary, the lines of their stay will last for another five years. Moreover, the extension can be carried out an unlimited number of times, if none of the parties declares 6 months before the expiration of the period of intention to terminate the application of this provision.

The Armenian side must return Baku to Kelbajar region by November 15, Aghdam region by November 20, and Lachin region by December 1. At the same time, the Lachin corridor (5 km wide) remains for the Armenians to ensure the connection of Nagorno-Karabakh with Armenia (without affecting the city of Shushi, which is under the control of the Azerbaijani army). It will be guarded by Russian peacekeepers. In the next three years, the parties must agree on the organization of a new transport route with the subsequent redeployment of Russians.

Azerbaijan guarantees the safety of movement of citizens, vehicles and goods in both directions along the Lachin corridor. Refugees and internally displaced persons are returning to Nagorno-Karabakh and surrounding areas under UN control. There is an exchange of prisoners of war, persons held and bodies of the dead. At the same time, Yerevan will provide transport links between Azerbaijan and the Nakhichevan Autonomous Republic, control over which is entrusted to Russian border guards.

At the same time, the President of Azerbaijan, signing the document, specified that the peacekeeping mission in the zone of the Karabakh conflict will be jointly Russian-Turkish. This is one of the approved points. Aliyev also congratulated the people of Azerbaijan on the historic event. 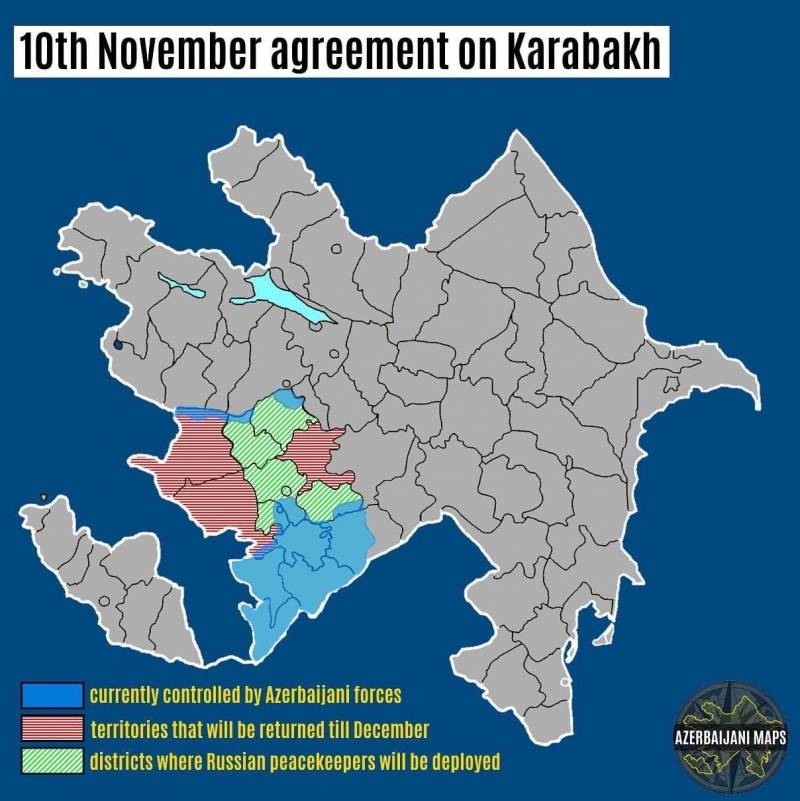 On the evening of November 9 in Yerevan, angry Armenian "patriots" were looking for Pashinyan and beat up the Chairman of the Armenian Parliament Ararat Mirzoyan. They claim that their country signed a capitulation and lost Nagorno-Karabakh along with the "security belt" around it. But why these "patriots" were not among the volunteers at the front is unknown.

Based on the text of the document, it turns out that Yerevan will no longer be able to control the region and it, in some form, will become part of Azerbaijan.
Reporterin Yandex News
Reporterin Yandex Zen
32 comments
Information
Dear reader, to leave comments on the publication, you must sign in.