Factor F-16: The Turkish footprint in the Armenian-Azerbaijani conflict 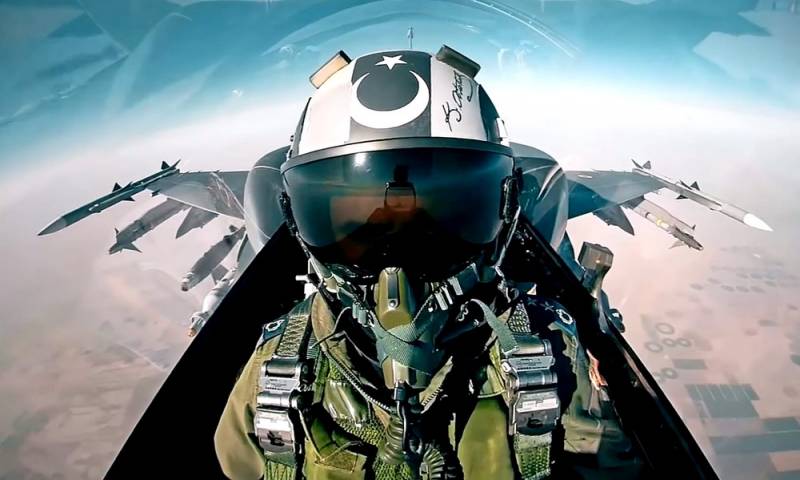 The evening of November 9 brought the bleak news... As stated in the statement of the RF Ministry of Defense:

On November 9, at about 17:30 Moscow time, a Russian Mi-24 fire support helicopter was shot down from the ground over the territory of Armenia near the border with Azerbaijan from an unidentified MANPADS, which was carrying out the task of escorting a convoy of the 102nd Russian military base. The incident took place in the airspace of Armenia near the Armenian settlement of Yeraskh near the Azerbaijani border. As a result of being hit by a surface-to-air missile, the helicopter lost control and fell in a mountainous area. Two crew members were killed, one was evacuated with moderate injuries to the home airfield. Currently, the command of the 102nd Russian military base is establishing the identity of the shooters.
Honestly, sooner or later we expected this or something similar. There are external forces that were extremely interested in drawing the Russian Federation into the conflict in Nagorno-Karabakh. Oddly enough, but Azerbaijan was least interested in this. But it was also difficult to expect provocations from Armenia, because if it was revealed, then they would have signed a death sentence for themselves. And there is nowhere else to wait for help from Russia, Armenia. The Russian Federation already supplied it with weapons and ammunition, officially not participating in the conflict. Whose ears are sticking out behind the incident, the CIA or MI6, is still difficult to say, even given the internal situation in the United States, burdened by the past elections. The special services live their independent life according to the principle: "War is war, and lunch is on schedule," and even the change of presidents does not affect them - rather, it is they who affect their change. Therefore, let's leave this question until the circumstances of the case are clarified, and today we will talk about the Turkish trace in the current conflict. Moreover, our downed helicopter, most likely, may be on the account of the Turkish sultan.

What are Turkish F-16s doing at the Ganja airbase?

Not so long ago, Ilham Aliyev, in an interview with the Italian TV channel Ria 1, was forced to answer a difficult question about what Turkish F-16 fighters are doing in Azerbaijan at the height of the war with Armenia. Indeed, unlike Turkey, Azerbaijan is not a NATO member. And this kind of partner military support would be possible only if both countries were members of the North Atlantic Alliance.

The response of the Azerbaijani president was striking in its asymmetry, quite in the spirit of Vladimir Putin:

We do not say how many Russian MiG-29s, Su-30s are on the territory of Armenia. We are not talking about the fact that 5 Russian troops are located at the base in Armenia in Gyumri - and, according to our data, supplies to the Armenian armed forces periodically come from there, and these are facts, in contrast to what is said about us.
Such a response from the President of Azerbaijan was puzzling, since there was no logic in it. For Armenia and the Russian Federation are part of a single militarypolitical the CSTO bloc and, according to the Treaty of March 16, 1995, a Russian military base is officially located in Armenia. The same 102nd in Gyumri. And our military is there legally in accordance with the Treaty on the Legal Status of the Armed Forces of the Russian Federation located on the territory of Armenia, signed on August 21, 1992, and the supply of weapons and equipment are also provided for between the allies, according to the Collective Security Treaty.

It should be borne in mind that Moscow, unlike Ankara, did not add fuel to the flames of the Armenian-Azerbaijani conflict. There is not a single message, even from biased sources, that the Pantsir-S1 air defense missile system appeared in Nagorno-Karabakh, which would be very useful there. As, in fact, the Krasukha-4 electronic warfare system, which is in service with the 102nd base, but was not seen in the conflict zone. And he certainly would have solved all the issues with the Turkish and Israeli UAVs, which are in service with the Azerbaijani Armed Forces and inflicted crushing damage on the NKR Defense Army.

But Russia behaved correctly and did not intervene in the hot phase of the conflict. Not yet intervened. In this sentence, the most important word is bye. The 102nd base is subordinate to the command of the Southern Military District and carries out combat duty missions within the framework of the CIS Joint Air Defense System. Since May 1996, it has included the 3624th air base with a deployment in the city of Yerevan (Erebuni airfield). By the way, Ilham Aliyev's information about our Su-30 fighters does not correspond to reality, because the 102nd base is armed with S-300 air defense systems, there are MiG-29 fighters and Mi-24P and Mi-8MT helicopters, but there are no Su-30s. However, this does not remove the question, what are the Turkish F-16s doing at the Ganja airbase? He remained unanswered.

The Italian journalist was also not satisfied with the answer received, after which Aliyev had to give explanations:

I am often asked: what are the Turkish F-16s doing here? I'm tired of answering. If you have satellites, then look, make sure they are on the ground and not in the sky. They came here to participate in the exercises and stayed here when the war broke out. Our Turkish brothers left them for moral support to us. But if there is external aggression against us, they will see these F-16s.
Well, well, the version has a right to exist. If not for one but. For two weeks Azerbaijan categorically denied the presence of six Turkish F-16s at the military base in Ganja, claiming that this is just Armenian propaganda, based not on facts, but on speculation. But when Maxar Technologies, which monitors the earth's surface, published images of the six at an air base in Ganja, it became meaningless to deny the presence of foreign military aircraft. After that, a version appeared that the fighters simply did not have time to fly to Turkey, since the war began. And to lift them into the air at this moment would mean giving rise to empty talk that the Turks are helping the Azerbaijani army.

Let's deal with this too. Yes, indeed, there were joint exercises. And a significant part of the flights of combat aircraft were demonstratively carried out not only near the unrecognized republic, but also near the Armenian border. But all this splendor lasted for 10 days and ended on August 10. And the military campaign in Nagorno-Karabakh, if my memory serves me right, began on September 27. It turns out that the six combat aircraft for a month and a half could not find the strength to leave their hospitable hosts. Aha! I already believe.

Summary: Turkish ears stick out all over the place

And what conclusions can be drawn from all this? And from this it follows that the war was planned long before it began with the most active participation of Ankara. And the Armenian Ministry of Defense should have understood this already in the summer, when Turkish military delegations became frequent in Baku. There has never been such an active military-technical cooperation between Turkey and Azerbaijan in this century. The main delegation, in August, was headed by Turkish Defense Minister Hulusi Akar, who had a long meeting with Aliyev. Where did the Armenian special services look, a question?

A contract was signed for the urgent delivery of a large batch of Bayraktar reconnaissance and strike drones. And the Armenians knew this. They also learned that a high-ranking officer of the Turkish army, Major General Heksel Kahya, a major specialist in UAV operations, had been spotted in Baku. It was he who organized the control center for Turkish drones in Libya and it was largely thanks to him that Marshal Haftar's offensive against Tripoli was stopped.

Only a blind man could not compare these two facts. However, the Armenians were in a state of euphoria after, during the summer five-day armed conflict on the border of the Tavush region of Armenia, they shot down 10 drones and intercepted three. True, they were all made in Israel. The cruel sobering up took place after 2,5 months.

PS While the text was being written, the Azerbaijani Foreign Ministry has already admitted its guilt in the unintentional destruction of a Russian attack helicopter in the skies over Armenia. Baku announced its readiness to pay the necessary compensation and expresses condolences to the families and relatives of the victims.

PPS How it all ended, you already know. Russia intervened.
Ctrl Enter
Noticed oshЫbku Highlight text and press. Ctrl + Enter
We are
Why Turkey may be behind the destruction of the Russian Mi-24 in Armenia
Why American B-52s are significantly more dangerous for Ukraine than for the Russian Federation
Reporterin Yandex News
Read Reporterin Google News
12 comments
Information
Dear reader, to leave comments on the publication, you must sign in.