Baku presented evidence of the capture of Shushi 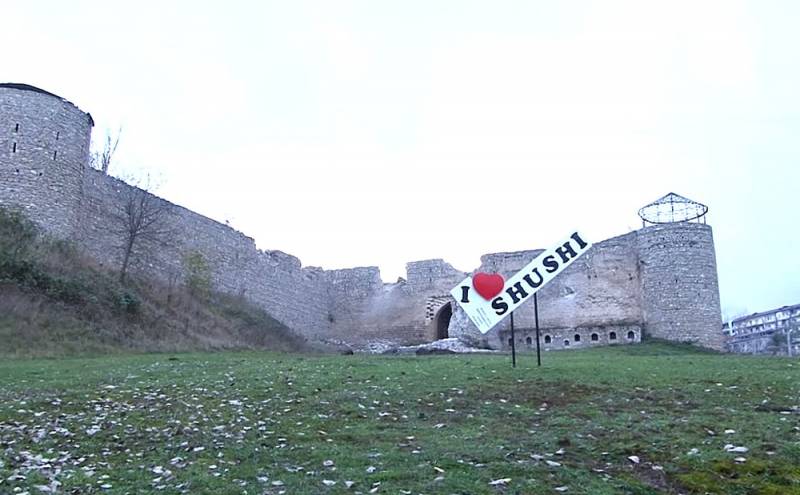 The Azerbaijani Defense Ministry published footage on YouTube proving the capture of an important strategic point in Nagorno-Karabakh - the city of Shushi by Azerbaijani troops.


At the entrance to the city, the inscription "Shushi" in Armenian and Latin letters is adjacent to the flag of the Republic of Azerbaijan. On Monday, November 9, Azerbaijanis celebrate the day of the state flag, and the capture of this city by Ilham Aliyev's troops is just "timed" to this event. The Azerbaijani President announced the capture of Shushi the day before.


Filming of the city is carried out from a car passing through its streets, as well as from stationary points. The video shows the deserted streets of Shushi, the waving flag and the Azerbaijani special forces. Official Yerevan has not yet commented on this information.

According to experts, the capture of Shushi plays an important role in the outcome of the entire military campaign in Nagorno-Karabakh due to its proximity to the capital of the unrecognized republic of Stepanakert, as well as the ability to control the most important transport flows.

Turkish President Erdogan has already congratulated the citizens of Azerbaijan on the capture of Shushi. Residents of the Azerbaijani capital took to the streets of Baku to celebrate such a joyful event. Flags are hung on the balconies and windows, car horns are heard, people congratulate each other.
Reporterin Yandex News
Reporterin Yandex Zen
11 comments
Information
Dear reader, to leave comments on the publication, you must sign in.