How Trump might try to stay in the White House 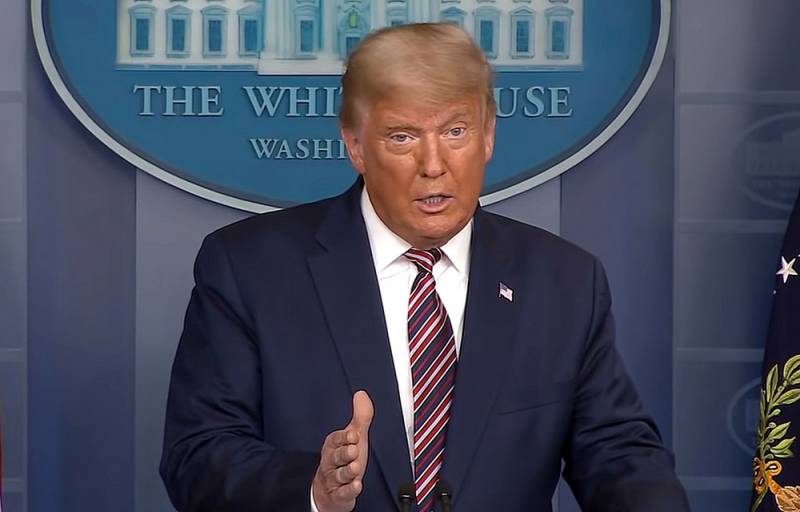 The election of the 46th President of the United States has the right to claim the status of the most scandalous. There is a strong impression that we have all witnessed a conspiracy of Western elites to remove the inconvenient Donald Trump from power. Now no one will try to make America great again, but it will not do anything good for other countries, including Russia.


All the main predictions about events in the United States were based on the fact that the Republican, albeit with a small margin, would win, and the Democrats would wrest power from him, releasing crowds of their militants into the streets, staging a local version of the “color revolution”. The mistake was to underestimate how far the US Democratic Party was prepared to go. Even the American press is replete with reports of fraud and stuffing in favor of Joe Biden through a mail voting system specially created for this purpose. It is not surprising that in the key states for the victory, the Democrats prevailed with this approach. All their foreign partners immediately rushed to take the "vassal oath" to Biden, racing congratulating him on his victory. Western media are unanimously calling on Donald Trump to leave "in an amicable way." His wife Melania immediately announced her readiness to file for divorce.

Will the Republican obediently submit to this massive psychological pressure? He still has a couple of trump cards in stock, but will he be able to use them?

At first, this is the Supreme Court. Recall that Trump has a little more than a month to appeal through the US Supreme Court, where his party has a strong position, against those votes that he considers "thrown in." The courts of those states where there were suspicious "fluctuations", he was denied this right. If the president continues to fight, he still has a chance to remove the "twisted" votes from Biden, if, of course, he can convincingly prove it.

Secondly, the incumbent head of state may try to appeal to his voters, who, in his opinion, have stolen a victory. Since both candidates went head to head, this is half of the country's population, quite compactly living in the Midwest. Biden is mainly supported by the states on both coasts. The "street" can do a lot, especially if it is run from the White House. But the problem is that the Democrats already have well-structured organizations like the BLM and Antifa, which will consider themselves entitled to defend their president's victory. Donald Trump can peacefully "merge" and quietly leave, or he can continue the fight for America's future by force. And here a lot will depend on the position of the security officials.

The Pentagon cannot afford to let the United States split into two warring camps, as this would undermine its military potential. But which side will the Armed Forces take? "President" Joe Biden, elected under dubious circumstances that undermine his legitimacy? Or the "lame duck" Donald Trump, who reasonably claims that the victory could have been stolen from him?

If the Republican proves that he is a real fighter, he will continue to fight for the White House. This is fraught with civil strife, with the possibility of a civil war between the Midwest and both ocean coasts, where the future of the superpower will be determined. For opponents of the United States, this will be, on the one hand, a "gift", on the other - a curse. Nothing unites a disunited nation more than the need to unanimously confront an external enemy. For Russia and China, the internal American showdown may well turn into a full-fledged conflict with the United States. Of course, there is no talk of a nuclear war, but Washington will actively set fire to all of the Russian and Chinese borderlands: Ukraine, Georgia, the Baltic States, Hong Kong, Taiwan and other points on the map that are problematic for Moscow and Beijing, providing military assistance to their opponents.