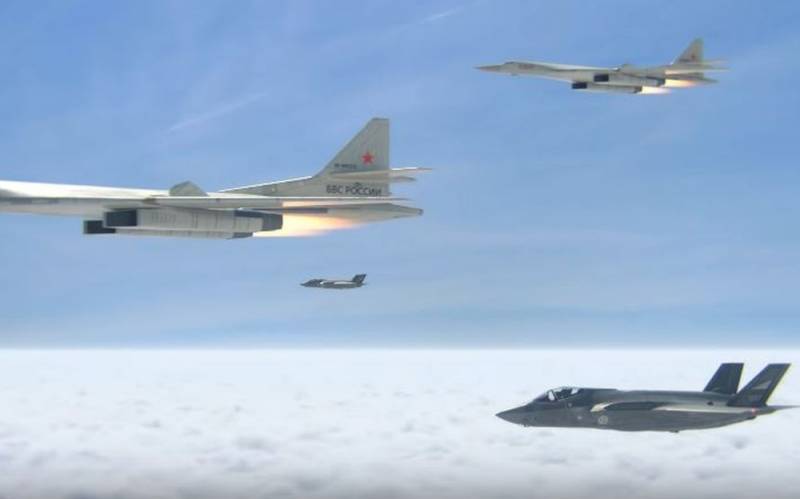 Cartoonists of the CIAAS company from Norway have published on their YouTube channel a 3D animation of the interception of the Tu-160 strategic bombers of the Russian Aerospace Forces by the fifth-generation F-35 Lightning II fighters of the Norwegian Air Force. Netizens did not remain indifferent to this improvisation.


The footage shows two F-35As taking off elegantly from the runway and heading to intercept a pair of Tu-160s. The Norwegians fly up to the Russians flying at cruising speed and begin to accompany them, moving along a parallel course. One F-35A occupies a position to the left of the first Tu-160, and the other F-35A is on the right side of the second Tu-160.

For a while, Russians and Norwegians fly over the clouds. Then the Tu-160s simultaneously increase speed and fly away from the F-35A, getting rid of the intrusive escort. Norwegian pilots could not prevent this in any way. They also could not catch up with the Russians, since the maximum speed of the Tu-160 is 2200 km / h, and the F-35A is 1930 km / h. Therefore, they only helplessly watched the retreating "White Swans".


Users noted that the graphics in the animation are really good, but everything else is downright flawed. In a combat situation, interceptions are performed on oncoming or overlapping courses, and "catch-up" is played exclusively in peacetime. In addition, the Norwegian animators themselves have questioned the wisdom of the presence of expensive F-35A in the Norwegian Air Force.
Reporterin Yandex News
Reporterin Yandex Zen
9 comments
Information
Dear reader, to leave comments on the publication, you must sign in.