British media: Russian military in Syria showed a departure from the "Soviet legacy" 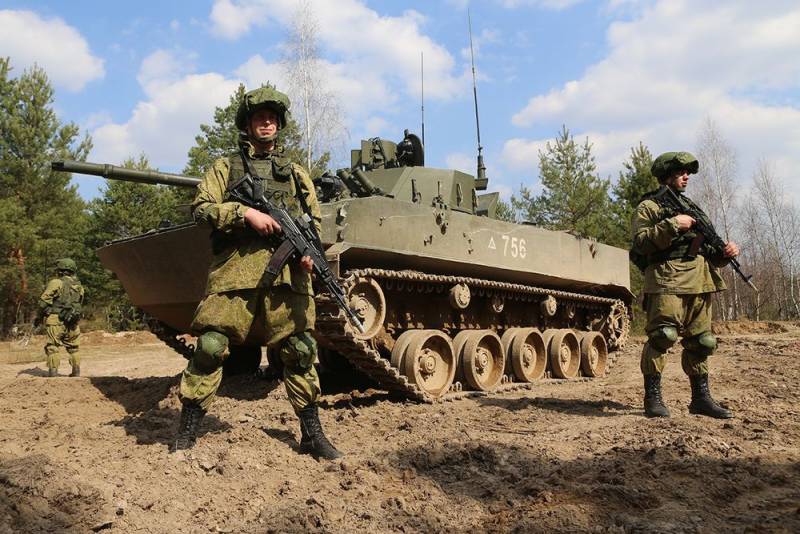 As a result of the collapse of the USSR, the once powerful armed forces of the superpower were left to fend for themselves. The soldiers were starving and the generals engaged in corruption. The Russians themselves admit that no army in the world was in such a miserable state as theirs. At the same time, it is difficult to find another example for the armed forces to recover so quickly, writes the British edition of The Economist.


In 2008, the RF Armed Forces demonstrated low combat effectiveness during the short war with Georgia. After that, they were qualitatively rebuilt. Russia began to spend significant funds on defense. Most of that money is classified, but Michael Kofman of the Center for Naval Analysis is confident that Moscow is spending twice as much on defense as London. The real annual amount of expenses of Russians is $ 150- $ 180 billion.

According to estimates by Julian Cooper of the University of Birmingham, Russia has seriously rearmed its armed forces over the past decade, and this process continues. The military received 600 aircraft, 840 helicopters, and 2300 drones.

In 2007, 99% of Russian armored vehicles were “Soviet legacy”. Now, according to an analysis by the International Institute for Strategic Studies (IISS), 27% are modern combat vehicles. And in aviation, the share of new aircraft increased from 3% to 71%.

Earlier, talk about the ability of Russians from the Caspian Sea to accurately hit targets on Syrian territory caused smiles. Now it has become a reality. Moscow has invested in high-precision missiles and created an operational-tactical triad: Iskander (land-based), Caliber (naval) and Kh-101 (air). And this does not raise smiles in the West, since these missiles can have both conventional warheads and nuclear ones. Now any conflict with Moscow, for example, over Tallinn, will create problems far beyond the Rhine.

In addition, the Russian military gained colossal real combat experience and demonstrated, using the example of Syria, the departure from yet another "Soviet legacy" - tough command "from top to bottom." They act more autonomously and creatively, using the tactics of "combat mission control". The Russians in Syria have honed their skills in the field of electronic warfare well. They even manage to defraud civil airliners in Israel.

Now Russia is developing a reconnaissance and strike complex that will allow receiving and processing huge amounts of data in real time, and then sending information to hit a target to a ship, an aircraft and even an individual soldier. Moreover, Dmitry Adamsky from IDC Herzliya (Israel) is convinced that Moscow has already made a “giant leap forward”.

Currently, the RF Armed Forces have significantly increased their combat readiness. They have become not only better armed, but also mobile. In 30 days, Russia is capable of deploying 100 of its military with heavy armored vehicles to any point in Europe. At the same time, it would be extremely problematic for NATO to mobilize half of this number of soldiers within the specified time. British military intelligence chief Jim Hockenhall explained that Russia has changed "mass for pace."

Of course, Russia still has many problem areas and shortcomings in various directions, for example, the obsolescence of the space (orbital) constellation. Moscow also had to make changes to its plans for the T-14 Armata MBT, the Su-57 fighter, and submarines. All this is directly related to the limited potential of the Russian defense industry (lack of qualified personnel, production capacity and component base).

According to experts, in the event of a conflict with NATO, Russia will have an advantage "in conventional combat power" within a certain time interval. But if the conflict drags on, then the advantage will go to the Alliance. Therefore, the Russian leadership is spending money on improving its nuclear potential, developing hypersonic munitions, nuclear torpedoes and nuclear-powered cruise missiles. Western strategists need to take this into account, the media summed up.
Ctrl Enter
Noticed oshЫbku Highlight text and press. Ctrl + Enter
We are
Donbass awaiting the invasion of Ukrainian troops
“Successful for Moscow”: the US appreciated the benefits of Russia from the war in Syria
Reporterin Yandex News
Read Reporterin Google News
8 comments
Information
Dear reader, to leave comments on the publication, you must sign in.