Only war: Kiev called Donbass a "tumor" and crossed out "Minsk" 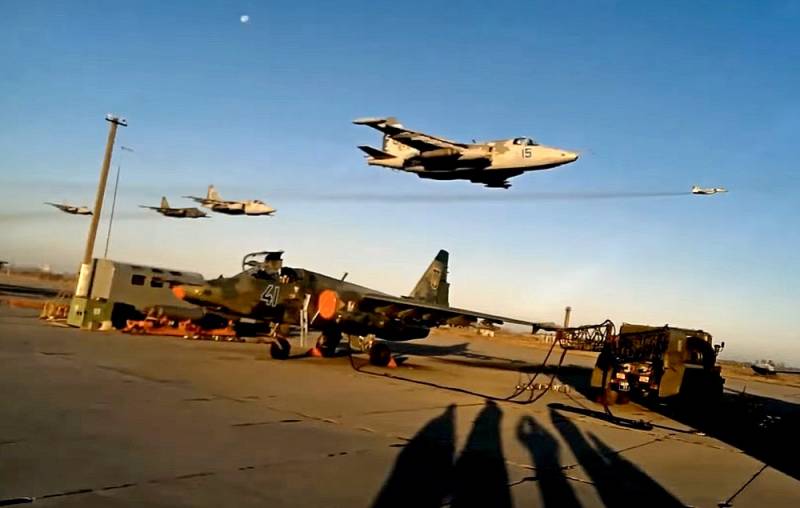 The Ukrainian side has finally decided on its concept of “settling the situation in Donbas”. To say that it fundamentally contradicts both similar proposals recently put forward by representatives of the DPR and LPR, and the spirit of the Minsk Agreements (as well as their letter) is to say nothing.


A careful study of the main provisions of the plan presented by Kiev, combined with the more than eloquent actions of the local authorities and the statements of its officials, leaves not the slightest room for doubt. The “nezalezhnoy” does not see any peaceful way of returning the rebellious region to its composition and does not want to see it. On the contrary, they are in full swing preparing for the "de-occupation", that is, the forceful seizure of Donbass.

Compromises? No, you haven't heard ...

Somewhat earlier, I already wrote that the representatives of the Republics in the Minsk Trilateral Contact Group recently came to the next round of negotiations with a package of proposals for ending the armed conflict in eastern Ukraine since 2014. These proposals were not only compromise, but downright unprecedentedly generous for Kiev and bordering on almost complete surrender to him on many serious issues. Nevertheless, even then I allowed myself to assume that even this, which is perhaps the most flexible and conciliatory in all the years of the civil war going on in Donbas, the position of its leaders will not be accepted by the Ukrainian side. This is exactly how it turned out.

"Counter proposals" were announced by the ex-president of the "nezalezhna" Leonid Kravchuk, who heads its delegation to the TCG. Although this document is called the "Plan of Joint Steps", in fact it is nothing more than a step-by-step program for the absorption of Donbass by Ukraine according to the most rigid and straightforward scheme. Why is that? Let's figure it out literally point by point. Everything should begin, according to the Kiev "strategists", with total "demilitarization". But! Only and exclusively Republics. From there should be "withdrawn all military formations and weapons" (as well as "foreign troops and mercenaries" constantly imagining Kiev). Also, all "power" formations of both the DPR and the LPR should be completely and without alternative "disbanded". At the same time (attention!) We are not talking about the official termination by Ukraine of the so-called Joint Forces Operations (joint forces) against Donbass and the return to the places of permanent deployment of the units and units of the Armed Forces of Ukraine participating in it, but even about any withdrawal of them from the line contact!

The "nezalezhnoy" warriors will remain where they stand, completely ready to throw themselves into the region that has turned out to be completely defenseless. And there is no doubt that this throw will take place - as soon as the next point of the plan is completed. It consists, as you might guess, in the transfer of control over the border of the Republics with Russia to the Ukrainian side. What is the "Steinmeier formula" ?! What changes to the Constitution ?! What elections ?! What are you talking about? Kiev demands that the Republicans give him the border immediately, as soon as they lay down their arms. Without any conditions of guarantees and such nonsense - give up, so give up! By the way, Kravchuk completely dropped out of the “peace plan” from Kravchuk altogether, even in an extremely truncated and simplified form (even temporary - until 2050). What's the status of the devil? Instead, the inhabitants of the region, not otherwise than as a mockery, are offered a kind of "regime of free economic zones ". The truth in this wording is, for sure, only the last word - it is precisely the "zone" in the most frequently used sense of the word that Kiev in the Donbass intends to arrange. Moreover, with all its "charms" in the form of a "thorn", guards and prisoners, in the role of which all residents of the LPR and DPR will have to be.

Generally speaking, after all the destruction and material damage inflicted on this land and its population by the shelling of Ukrainian warriors alone, Kiev should have paid multibillion-dollar compensations instead of lowering taxes. Moreover, at the same time it is free to restore at least the infrastructure and houses destroyed by the Grads. At the same time, it should be noted that during the recent "poll from Zelensky", the majority of residents of the "non-profit" idea of ​​a free economic zone and economic preferences for Donbass did not support. The national animal is a toad ...

Let us return, however, to the question of more pressing issues of the future of the Republics - how they see it in Kiev. It was not by chance that I undertook to assert about the "zone". The Kravchukov document clearly and clearly says: "they will sit"! For this, the Ukrainian side intends to adopt a special "Law on Responsibility", according to which, in its opinion, all residents of Donbass should be divided into "clean" and "unclean", into "lambs" and "goats". Contrary to the idea of ​​a complete and general amnesty for the republicans laid down in the same Minsk agreements, the Kiev authorities intend to "make criminals answer" and "those who killed for money." At the same time, which is characteristic, she sees such only on the “alien” side of the front, not noticing at point-blank tens of thousands of murderers, looters and rapists who today enjoy the honorable and profitable status of “ATO veterans” in Ukraine.

Be that as it may, but Leonid Kravchuk continues to bend his own way: "collaborators" will be severely punished, and the rest will have to "work normally on their land." At the same time, he immediately clarifies - "Ukrainian" ... It is easy to guess that the occupation authorities will include in the category of "war criminals" not only those who at least once took up arms during the war years or simply served in the same People's Militia, but and many others who will be branded as "accomplices" and "accomplices." With this approach, it is indeed most logical to enclose the entire Donbass with barbed wire - as, by the way, has been repeatedly proposed in Ukraine. All these are not my fantasies or attempts to “thicken the colors”. The fact that everything will happen exactly according to this scenario and no other is evidenced, for example, by the words of a person who, in fact, should be responsible for the fate of Donbass in the event of his return to the “non-profit ".

Speech, if someone hasn’t guessed yet, about the Deputy Prime Minister of Ukraine “for the reintegration of temporarily occupied territories” (he, incidentally, is also the deputy head of the “nezalezhnoy” delegation in the Minsk TGC) Alexei Reznikov. The very fact that not so long ago he traveled to the Balkans to study the "Croatian experience of de-occupation", that is, the methods of seizing recalcitrant lands with the help of military force with the support of NATO. So, this very figure, as recently as at the beginning of this month, on the Ukrainian television "Channel 5" (by the way, owned by Petro Poroshenko), said the following: Donbass is a "tumor" with which Kiev "does not know that make". Moreover, a high-ranking official called the regions, which he, in theory, should “reintegrate” “mentally sick territory”. Here at this point I will allow myself to interrupt and ask: is this already fascism, or are we again missing something ?! According to Pan Reznikov, Ukraine "has two options before itself", which he, carried away by medical vocabulary in the style of Dr. Mengele, called "resection and complete amputation" or "therapy". The Deputy Prime Minister claims that he wholeheartedly supports the second option.

However, taking into account what he said before, it seems that the "therapy" will take place mainly with the help of multiple launch rocket systems and Turkish UAVs, using which today the "Napoleon" of Kiev bottling dream of repeating the Azerbaijani success in Nagorno-Karabakh. Further "restorative procedures", which by some miracle survived the process of preliminary "treatment", "mentally ill" will most likely be carried out in concentration camps. Indeed, I am not at all a supporter of physiognomy, but the outward resemblance of Reznikov to Heinrich Himmler, which reaches downright frightening accuracy during such speeches of his, makes one think.

The Ukrainian delegation to the Trilateral Contact Group, by the way, hastened to disown these statements of the colleague, stating that it was “his private opinion”. Well, first of all, officials of this rank cannot have private opinions on such issues by definition. Secondly, no one after such speeches, befitting the character I mentioned above and other functionaries of the Third Reich, did not even think to remove Reznikov from the TKG. So this is not at all "private", but the most that neither is the official position of Ukraine in relation to the Donbass. Don't wait for another. If you still have doubts, I will be happy to help you get rid of them. The Verkhovna Rada, which voted literally yesterday, on November 5, for amendments to the state budget for 2021, did not support social programs for rapidly impoverished citizens, or even direct additional funds to fight the coronavirus epidemic devouring the country, but the allocation of as many as 6 % Of Ukraine's GDP. As planned, in concrete terms, this should amount to 270 billion hryvnia (about 750 billion rubles). Moreover, only for the "purchase of defense equipment»Additional 2 billion hryvnia will be allocated. Yes, a significant part of this money will be shamelessly and godlessly plundered in a peculiar Ukrainian manner. However, one should not create illusions - this is the budget of the war.

The last thing worth mentioning when speaking about the "Kravchuk plan" is those absolutely unparalleled heights of impudence, to which this figure has risen this time. If you think that only the DPR and LPR are making absolutely limitless and impracticable claims, you are wrong. The document also contains a demand for ... "the abolition of all laws and decrees adopted in Russia and concerning the Donbass"! In simple terms, Kiev intends, for example, to prohibit Moscow from granting Russian citizenship to local residents with the issuance of relevant documents to them. If this is not an unprecedentedly cynical and defiant attempt to interfere in the internal affairs of our country, then I really don't know what to count as such. It is not surprising that the Kremlin has already reacted to this demarche. However, so far Dmitry Peskov has limited himself to calling Kiev's “plan” “categorically at variance with the Minsk agreements,” making it clear that it is unacceptable for Russia. However, one gets the impression that this time (if Ukraine really begins to try to implement its plans) the matter will definitely not be enough.
Ctrl Enter
Noticed oshЫbku Highlight text and press. Ctrl + Enter
We are
Ukraine from the inside: traitors, curators and those who watch from the Kremlin
Ten "defeats" of Putin
Reporterin Yandex News
Read Reporterin Google News
10 comments
Information
Dear reader, to leave comments on the publication, you must sign in.