DIie Zeit: Democracy has failed in the USA 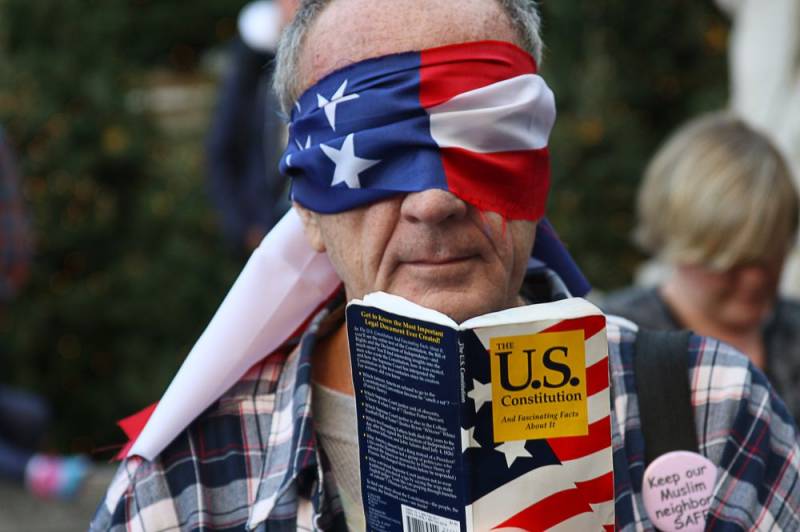 It doesn't matter who wins the next US elections in 2020, Donald Trump or Joe Biden. American democracy has already failed, writes the German newspaper Die Zeit.


The idea that unites Americans no longer exists. While the "hesitating" states scrupulously count each ballot, Trump openly declares about "theft of votes and stuffing by mail", the need to stop counting the results of the expression of will and calls on his supporters to "protect the nation."

This could bring the showdown to the US Supreme Court, although there are other scenarios. For example, Trump can simply stay in the White House, ignoring any numbers that do not suit him. At the same time, aggressive supporters of the American president will again begin to arrange clashes with the "leftists". No one knows which tweet Trump will post next to his account. No one knows where and when anger and despair will spill out on the streets of American cities.

One thing with certainty is that after these elections, the rift in American society will be greater than after the Civil War of 1861. Trump has done tremendous damage to the presidency, democracy and, above all, the United States. Polarization undermined the U.S. from within long before Trump's arrival in policy... But he was the biggest result of this process.

Previously, the United States could rely on its democracy. The principle of independent elections was adhered to in any crisis. But under Trump, this order was broken. Previously, the United States could lecture to almost any state on the planet, citing its electoral system as an example. But now this system has been destroyed and is subject to mandatory reform. If Trump wins, he will simply cement the resulting state.

Nor will Biden's victory change what happened overnight. He wants to heal the nation's soul, but after this election, Republicans and Democrats are unlikely to be nice to each other. Biden can do little to ease the pain of what the US has become. It takes a long way to get everything back. But there is a feeling that the American idea no longer exists.
Reporterin Yandex News
Reporterin Yandex Zen
3 comments
Information
Dear reader, to leave comments on the publication, you must sign in.