Why Russia began to transfer the production of icebreakers from abroad 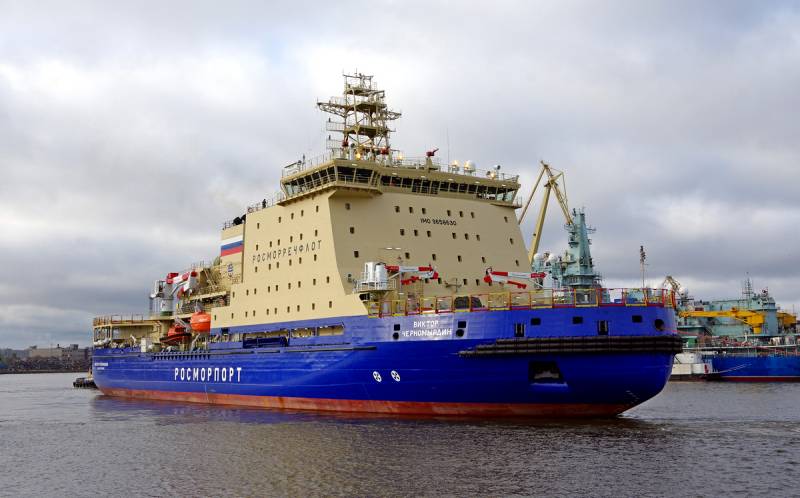 Replenishment has arrived in the Russian icebreaker fleet. President Vladimir Putin took part in a flag-raising ceremony on an icebreaker named Viktor Chernomyrdin. This was an important milestone in the domestic shipbuilding industry.


Our country has the largest icebreaker fleet in the world. In the public mind, it is strongly associated with powerful nuclear icebreakers capable of breaking through a multi-meter layer of ice to clear the Northern Sea Route. Indeed, in this component, Russia is objectively ahead of the rest of the planet. The promising nuclear-powered ship "Leader" will have no competition at all in the foreseeable future. However, the basis of the fleet is represented by diesel-electric icebreakers, its real "workhorses".

It so happened that many ships of this class were built abroad. So, to this day, we operate four diesel-electric icebreakers of the Captain Sorokin type, which were produced in Finland. The lead ship of this series with the same name in the nineties underwent modernization abroad, in Germany. In the same place, in Helsinki, at the Wärtsilä Oyj Abp (Vyartsilya) shipyard, three icebreakers of the Ermak class were built for the USSR. In terms of their characteristics, these diesel-electric ships are only slightly inferior to the first nuclear-powered icebreaker "Lenin". Everything would be fine, but such dependence on foreign partners makes Russia vulnerable, as further events showed.

The United Shipbuilding Corporation received an order for the construction of a diesel-electric icebreaker of project 22600 ("LK-25") in 2011 and it was assumed that the fleet would receive it in 2015. But it didn't work out. The problem was the placement of part of the order at the Nordic Yards shipyard in Germany, which was owned by Russian businessman Vitaly Yusufov, a native of Gazprom. The Germans received a contract for the construction of a superstructure worth 1,5 billion rubles, 223 million were paid as an advance. Nobody denies the competence of the German shipbuilders, but the devaluation of our national currency, which made the ordered superstructure "golden", played a cruel joke on the project. Moreover, the execution of the work was delayed due to the errors identified during the design. As a result, cooperation with "Nordic Yards" was severed, and 185 million rubles from the prepayment remained in Germany. This example clearly shows how unprofitable it can be to be dependent on a foreign contractor when calculating in foreign currency. In 2013, President Putin said the following about this:

I consider it unacceptable when orders for sea machinery, vessels of the civilian fleet are placed at foreign shipyards without due reason. Priority should be given to domestic producers.
Import substitution in shipbuilding, as in other strategically important industries, is absolutely necessary. Unfortunately, all the weaknesses of modern domestic production were revealed at Viktor Stepanovich. In 2013, it turned out that the Iceberg Central Design Bureau, which specializes in the construction of icebreakers, made serious mistakes on this project, because of which the customer was forced to terminate the contract with him and transfer it to another contractor. In 2018, a large fire occurred on the unfinished ship, causing a loss of 150 million rubles. As a result, the launch of the icebreaker was delayed for five whole years, and its cost increased from 8 billion rubles to 10 billion.

Despite this, the icebreaker was still commissioned and is one of the largest and most powerful in its class, built entirely in Russia. It will be able to serve both on the Gulf of Finland and on the Northern Sea Route.
Reporterin Yandex News
Reporterin Yandex Zen
13 comments
Information
Dear reader, to leave comments on the publication, you must sign in.