In the USA: Romania will hold out against Russia no more than 24 hours 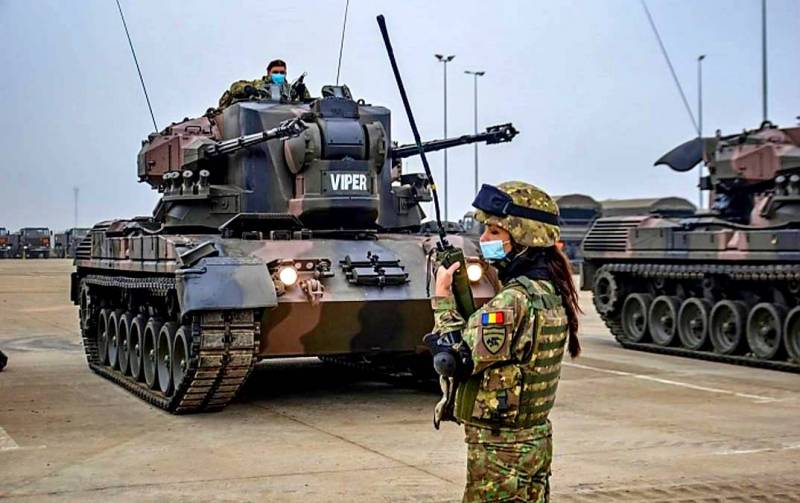 A recent study by the Washington-based Center for European Analysis policy (CEPA), which considered a hypothetical scenario of a Russian attack on Romania, came to the conclusion that within 24 hours the defense in the area of ​​the so-called Focsani Gate would be broken, which would eventually lead to the fall of the Black Sea state.


However, respected Romanian expert and retired general Alexandru Grumaz disagrees, according to a number of local media outlets, in particular DefenseRomania.ro and Ziare.com.

The Focsani Gate is a land area located in the south of the Eastern Operational Region of Romania. It has a width of about 85 km and a depth of about 60 km.

One of the scenarios concerned Romania, or rather the Focsani Gate. The other four were focused on the Northern Baltic route (Norway-Sweden-Estonia), the Suwalki corridor in Poland, the Western Balkans and Libya.

The script was focused on the famous Focsani Gate, the difficult terrain of the Carpathians, and the Danube River, which is an obstacle, which helps us
- said one of the experts, the former commander of US forces in Europe Ben Hodges, outlining the "Romanian scenario."

It is argued that if it is necessary to help Romania attacked by a potential enemy, its NATO partners should be able to quickly transfer troops, for which the state's road network is completely unprepared.

Romania must invest in its infrastructure, which is not happening
- Phillip Petersen, the coordinator of the scenario "Focsani Gate", specified.

Military expert and retired general Alexandru Grumaz, in turn, believes that this scenario is not plausible, explaining that all of the above is possible only if the country does not defend itself at all.

At present, Romania, despite the lack of weapons, has managed to turn the mentioned part of Dobrudja into a fairly fortified area. We are talking, first of all, about the batteries of the Patriot air defense missile system, as well as the MLRS HIMARS. In addition, Bucharest is considering exactly how it plans to conduct electronic confrontation with Russia, and specifically with its Crimean units.

It is noteworthy that commentators under the publications expressed doubts that Russia, in principle, needed an attack on Romania. In addition, they do not mention the obvious fact that Ukraine is located between the Russian Federation and the Romanian territory.
Ctrl Enter
Noticed oshЫbku Highlight text and press. Ctrl + Enter
We are
“Why did the F-16 stay on the ground?”: Romanians are unhappy with the interception of the Tu-22M3 with the old MiG-21
Russia's response to the US withdrawal from the INF Treaty may be the revival of Barguzin
Reporterin Yandex News
Read Reporterin Google News
9 comments
Information
Dear reader, to leave comments on the publication, you must sign in.