"A strategic stock of hatred threatens to spill out." How the world around us has changed 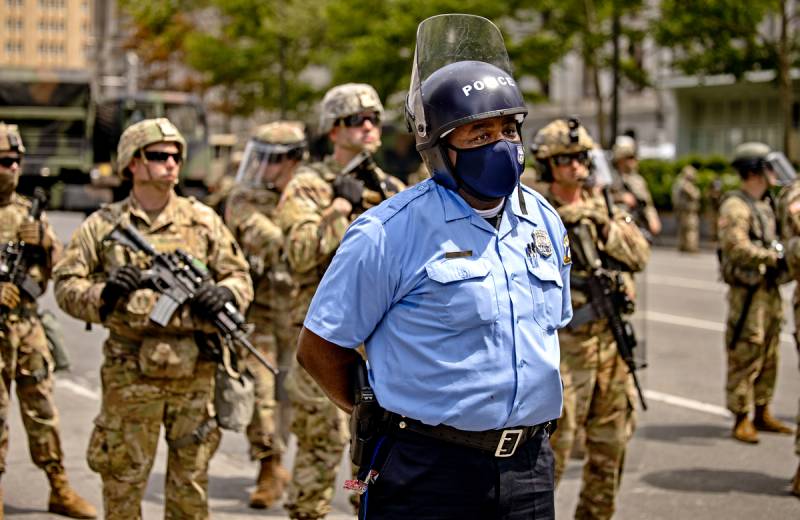 In the United States, presidential elections are nearing completion. On the other hand, it would be more accurate to say that their official part is approaching the finish line - the most interesting, apparently, is just ahead ... However, everything written below is not about the colossal electoral epic that has unfolded across the ocean now, but about that it, in fact, draws a line under the world order that we all knew and got used to.


This year has become a turning point for all of humanity and not only because of the COVID-19 pandemic. It would have entered the history books even if nothing else happened during its course. However, it happened, and it looks like it will happen again - both before the last page of the calendar with the numbers 2020 is turned, and after that.

The world around us, of course, is changing constantly and steadily, but for a long time these changes did not have such a colossal scale and did not occur at such a dizzying speed as now. It's time to admit that we are not on the threshold of a completely new reality, but are already inside it, even if not everyone is aware of this and agrees to admit it. Let's try to reflect on what the main features of this very reality are - at least those of them that we can talk about with confidence right now.

Despite the fact that practically all the offices under high-profile signs, proudly (and very profitable for themselves) carrying the title of "authoritative international organizations" for decades, de jure continue to exist, only very naive people can talk about their influence on events in the world. The system of "supranational institutions" created after the end of World War II and all this time, at least trying to determine the global agenda on the planet, or at least more or less convincingly pretend that it influences something, in fact, is completely paralyzed ... The World Health Organization turned out to be absolutely helpless in the face of the coronavirus pandemic that gripped the world - and what kind of authority can we talk about after that?

The point here is not in the absurd accusations of "conniving with China" leveled against the WHO by Donald Trump, but in the fact that with the arrival of a truly general misfortune, different countries did not unite under the auspices of this organization, did not try to somehow coordinate and coordinate their actions, helping each other. They began to literally snatch from one another the resources necessary to fight the disease, while exchanging mutual reproaches and claims. However, in this case, we see before us only the collapse of the next structure, generated by the United Nations and operating under its auspices. Where is the role of the UN, in theory, being the "main peacemaker of the planet" in the war unfolding in the Caucasus now? It seems that no one is even trying to appeal to it, perfectly realizing all the uselessness and impotence of this pompous structure, on the maintenance of which all countries of the world spend huge amounts of money.

The main thing is that the UN employees themselves - from its secretary general to the last clerk, clearly realizing their own insignificance, have long abandoned attempts to influence at least one armed conflict, the number of which in the world has recently been growing at an alarming rate. The maximum they are enough for is the adoption of politically motivated declarations, such as the one that condemns the tough actions of the legitimate President of Belarus to prevent a coup in the country. What is happening now in Nagorno-Karabakh is a direct violation of the resolution of the organization's Security Council. And where are the "blue helmets" ready to stand between the warring parties in order to stop the bloodshed? They do not exist, and obviously they will not be anywhere, wherever a new war unfolds.

However, no one is capable of stopping the Karabakh war or at least forcing its participants to a truce today - in any case, the efforts aimed at this by both the European Union and its individual members (like France) and even the United States have no real result. led. Untie the "Caucasian Knot" is only possible for Russia and Turkey, whose interests clashed in this region tightly. However, returning to the essence - why are international organizations needed if vital issues are real policy are decided by the leaders of individual countries? Proceeding from this, it is time to take it for granted - the number of armed conflicts both between different states and within themselves in the near future will increase rapidly, and no one can prevent this.

A world steeped in hate

One gets the feeling that for decades, living without large-scale clashes like world wars, humanity has accumulated such a "strategic reserve" of hatred and craving for violence that now it simply spills out, as if breaking through some kind of protective dam. However, to a certain extent it is so. The notorious last straw here was the coronavirus pandemic and the caused economic the crisis. To a greater or lesser extent, the whole world is on fire today, and the reasons for outbreaks of aggression, covering entire countries, are scattered in such a wide range that it is sometimes already difficult to make out - where we are dealing with classic technology "Color revolutions", and where just with the uncontrollable desire of thousands of people to break everything around them. One gets the impression that it’s not so important for protesters taking to the streets what to oppose - against the ban on abortion, as in Poland, or the “wrong” election results, which are unhappy with residents of many countries, from Belarus to the United States. All these slogans seem to be just an excuse, and the true reasons are much deeper, more complex and more global (with all the seeming absolute dissimilarity of requirements and claims to the surrounding reality).

Separately, it should be said about the terror that has returned to Europe. The attacks in Nice and Lyon, as well as in Vienna, by and large, became a logical continuation of the actions of local "common people", ready in pursuit of the triumph of "liberal values" to throw into the mud the shrines of any nation and any faith, presenting it as a "triumph of freedom words and conscience. " I do not in any way support the cutting off of the heads of even this public, but it must be admitted that they are reaping exactly what they continue to sow with a tenacity worthy of better use.

It was not without reason that Russian President Vladimir Putin made a proposal the day before to introduce a legal ban on insulting the feelings of believers of all confessions without exception at the international level. According to the Russian leader, "interreligious and interethnic relations are now becoming the subject of unscrupulous political games and speculation." This inevitably gives rise to "growing like a snowball, problems in society", which, in fact, result in another bloodshed. It seems extremely unlikely that at least someone outside our Fatherland would listen to the voice of Vladimir Vladimirovich. In France itself, it seems, the policy of fanning provocative anti-Islamic hysteria is being pursued quite deliberately and with far-reaching intentions.

Apparently, we are inexorably moving towards a new era of hatred and wars - religious, interracial, interethnic and having an old, like a world, motive for redistributing markets and resources. Xi Jinping addressed the Chinese People's Liberation Army fighters with an open appeal to "direct all their energy and will to prepare for war" as early as October 13 - long before the day of American elections. If anyone has proved his wisdom and foresight over the past year, it is precisely the leader of the Celestial Empire. And since he believes that a global clash is inevitable, regardless of who won the upper hand in the struggle for power in the United States, then, I'm afraid, there are good reasons for this. Alas ... "Brave New World", in which we are all now, smells not of roses, but of iron, gunpowder and blood. The United States, which has clearly shown its inability to cope even with its own problems, nevertheless, may well try to keep the elusive role of "world hegemon" by military force. There is simply nothing else left for them.

Most of the current shocks, however, were predicted even before the pandemic hit us. We went to what is happening for a long time - not as quickly as now, but steadily. Experts from the International Monetary Fund warned that an "unprecedented economic crisis" was approaching us, which could end with a "global financial apocalypse" even in 2019, which seems to us today as a model of prosperity, when the word "coronavirus" was known only to a narrow circle of scientists and medical specialists. ... Even then, they said that the total debt of the states of our planet, approaching 190 trillion, is 230% of the value of absolutely all goods and services produced on it. Even at that time, the United States held the “palm” in life beyond its means, for which the IMF analysts predicted extremely unpleasant consequences. Experts from the Organization for Economic Cooperation and Development (OECD) were in solidarity with the financiers, who recorded in 2019 the lowest growth rates of the world economy since the 2008 financial crisis. Even then, the overwhelming majority of economists argued that the coming crisis would become "the most destructive in the history of mankind." And this, mind you, was said in the days when no one had ever heard of any COVID-19.

Poverty, into the abyss of which the world is sinking today, the collapse of the usual way of life and all hopes for the future for tens, hundreds of millions of people - this is the breeding ground that gives rise to fierce wars, interfaith, interethnic and interracial conflicts, coups and revolutions. One way or another, but this is precisely the essence of our new reality. I would like to believe that the pandemic that torments us all will go away sooner or later. And what will remain? Disunited, embittered and impoverished humanity, through bitter experience convinced of the illusory nature of all globalist fairy tales.

Most likely, we are waiting for a world living according to the principle "every man for himself", in which the strength and willingness to fight for their interests to the end will be of paramount importance, and abstract speculations and beautiful-minded ideas will become the lot of blissful dreamers, and not the basis on which entire states are trying to build their policies. What will be the place of Russia and all of us in this new coordinate system, as a matter of fact, primarily depends on you and me.
Reporterin Yandex News
Reporterin Yandex Zen
7 comments
Information
Dear reader, to leave comments on the publication, you must sign in.