What will be the MiG-41, designed to replace the supersonic MiG-31 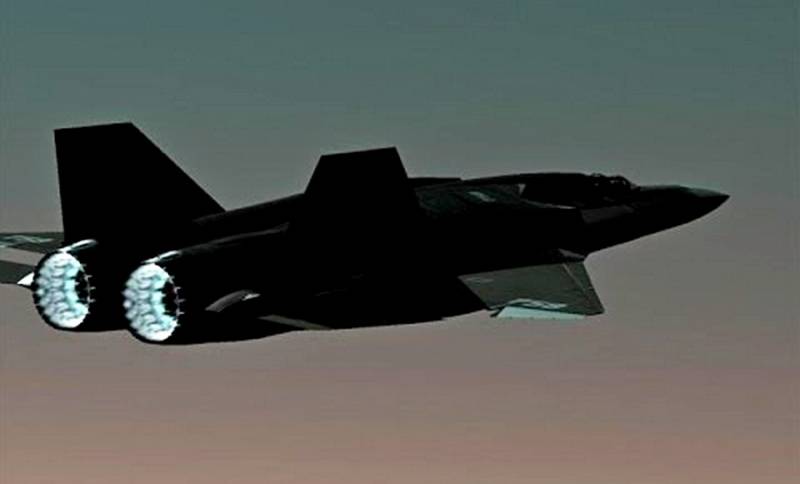 Today the "special forces" of the Russian Air Defense Forces is the MiG-31 supersonic high-altitude fighter-interceptor. Only four aircraft of this type are capable of covering the air front up to 1100 kilometers long, intercepting air targets at extremely low and high altitudes. Unfortunately, despite the modernization program, the fighters developed and produced during the Soviet era have their service limit, which is estimated at the borders of 2025-2028. What will replace them?


The MiG-31's ancestry goes back to the MiG-25, created to fight the American B-58 supersonic bomber in the fifties of the last century. When developing the interceptor, Soviet engineers set several world aviation records. The aircraft performed very well during the war in Egypt, demonstrating the complete helplessness of the Israeli F-4 and Mirage III fighters. In 1976, the MiG-25 was hijacked to Japan by the traitor Viktor Belenko, who handed over a lot of Soviet military secrets to the US allies and received American citizenship for this, as well as a barrel of jam and a box of cookies.

It was replaced by the MiG-31, the first domestic fourth-generation fighter. Created in the mid-seventies, the aircraft was in many ways ahead of its time, commanding respect for its characteristics to this day. This is a real aerial combat platform capable of carrying up to 9 tons of weapons at an altitude of 25 kilometers at a speed of 3000 kilometers per hour. The fighter can effectively shoot down ballistic and cruise missiles, bombers and low-flying satellites of the enemy, as well as the now popular drones. The MiG-31 is controlled by targets flying at speeds up to Mach 5, which it is able to independently detect at a distance of up to 280 kilometers, thanks to a phased array antenna.

The Soviet fighter still inspires respect. In the early nineties, there was an interesting project for its deep modernization of the MiG-31M. Seven prototypes were made, but one crashed during testing. Despite the outstanding results, they did not go further into the series under the pretext of a difficult economic situations. Moreover, the production of these interceptors was discontinued altogether. It is believed that our "overseas friends" contributed a lot to this. To date, about 120 MiG-31s ​​remain in the Russian Aerospace Forces, and there are one and a half hundred more in storage bases. The aircraft are consistently being upgraded to the level of the MiG-31BM. Thanks to this, interceptors will be able not only to participate in the air defense system, but also to perform a number of space defense missions, shooting down enemy satellites in low-earth orbit and launching small satellites of the Russian Ministry of Defense weighing up to 200 kilograms onto it.

Alas, any modernization and service life has its limit, and for the MiG-31 it is installed until 2028, which is pretty soon. To replace it in Russia, a new long-range interceptor MiG-41 is being developed as part of the PAK DP program (a promising long-range intercept aircraft complex). Very little is known about him. With an altitude of more than 25 kilometers, the main feature of the fighter should be its enormous speed, which should reach Mach 4,3 (4500 kilometers per hour). Its combat radius will be from 700 to 1500 kilometers. According to KB representatives, the aircraft will be created using of technologies stealth. The R-37 missiles and the promising R-37M will allow it to hit targets at a distance of up to 300 kilometers. The American specialized publication The National Interest even ranked the MiG-41 as the sixth generation.

However, some experts are already pointing out bottlenecks that may become problematic for the new Russian aircraft. The radio-absorbing and stealth coating at speeds up to Mach 4,3 runs the risk of simply getting off, which creates a difficult technical challenge for the designers. A fighter with similar characteristics will cost as much as a heavy bomber. Let's hope that the developers will be able to find a compromise, and this promising project will not suffer the fate of its predecessor, who at one time was denied funding.
Reporterin Yandex News
Reporterin Yandex Zen
20 comments
Information
Dear reader, to leave comments on the publication, you must sign in.