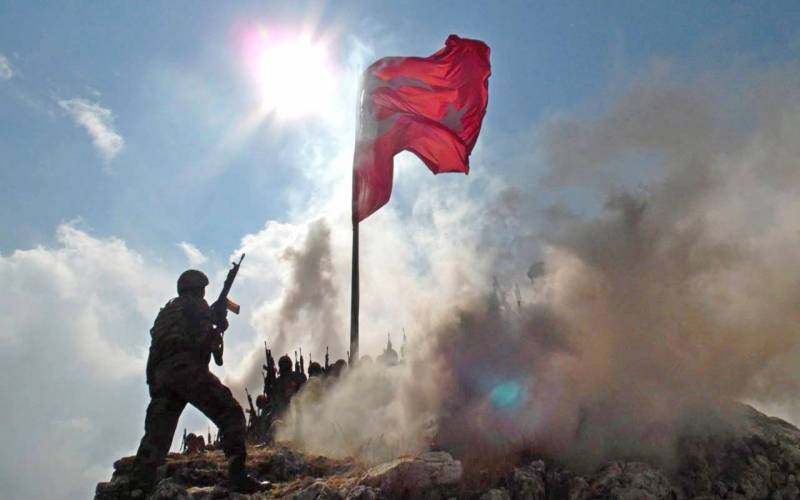 A new article posted on the website Modern Diplomacy notes that the interests of Greece, if Democrat Joe Biden wins the presidential elections in the United States, can be ignored for the sake of other considerations. Namely, the need to fight Russia to the bitter end. The author of the article, Greek journalist and political scientist Aris Dimitrakopoulos presents to the reader his vision of the future geopolitical situation in Eurasia.


According to him, earlier the Greeks counted on the sympathy of the Democratic candidate, who criticized the actions of the Turks in the Eastern Mediterranean. But now it is clear that there is no guarantee for Athens. And the reason is much more serious than regional clashes.

Biden has no ambiguity about Russia. To drive Moscow into a corner is the main goal of his foreign policy strategy. Joe Biden recently called Russia "America's greatest security threat." He also repeatedly criticized President [Donald] Trump for his moderate stance on Belarus and the Navalny case, and swore that if elected, he would get rid of "dictator Lukashenko."
- the expert notes.

But for a geopolitical attack on Moscow, the Americans will need a powerful ally, which they seem to have found.

Biden cannot defeat Russia without Turkey's support. In fact, Turkey is the only US ally that effectively creates problems for Moscow in the Middle East, Africa and the Caucasus. Moreover, Ankara maintains a tough stance on Crimea and recently signed a military cooperation agreement with Kiev. If Biden wins, Turkey will sooner or later become the cornerstone of foreign policy U.S.A
- writes Mr. Dimitracopoulos.

According to the political scientist, in order to achieve the main geopolitical goal, Biden will have to abandon his pre-election position, and instead of Greece, support Turkey's aspirations in exchange for assistance in the alliance directed against Russia.

And other allies of the United States (including even Israel) may find themselves under pressure from Washington to yield to any inclinations by Ankara.

Even if Donald Trump wins the election, Washington will continue to view Ankara as a challenging but vital ally capable of actively defending American interests in the Eastern Mediterranean and Middle East.

In recent years, the role of Ankara on the geopolitical chessboard of the United States has significantly increased due to the ability of the Turks to effectively use military force on several fronts simultaneously, the Greek expert emphasizes.

It is noteworthy that similar considerations were previously expressed by other foreign and Russian analysts. In particular, they talked about putting together the anti-Russian "axis" of Poland, Turkey and Japan along the perimeter of Eurasia.
Reporterin Yandex News
Reporterin Yandex Zen
3 comments
Information
Dear reader, to leave comments on the publication, you must sign in.