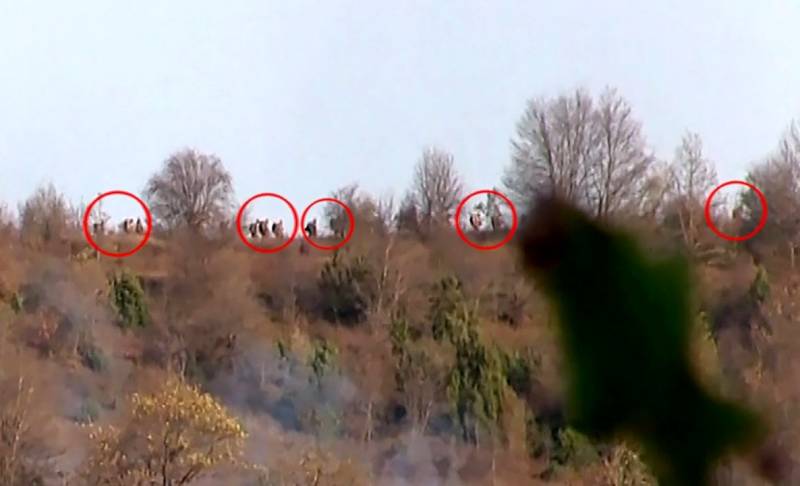 Azerbaijani troops came close to the city of Shushi in Nagorno-Karabakh, which is located at an altitude of 1368 m above sea level, 11 km south of Stepanakert. A video of an attack on a reconnaissance and sabotage group of Azerbaijani special forces that took place in this mountainous and wooded area appeared on the Web.


It should be noted that before this the leadership of the unrecognized NKR appealed to the Armenians of the whole world with an appeal to stand up for the defense of the ancient and active capital of Nagorno-Karabakh. Hundreds of volunteers went to the front lines, some of whom fought in the first war in the area nearly three decades ago. Many of them know these places well.

War remains war. Technique another
- says the fighter, answering the question, which war is harder.

If Turkey removes its hands, we will drive them to the Kura. Turkey is Turkey. And Azerbaijan is a plastic country
- says another soldier.

After some time, on the ridge opposite to the Armenian positions, the appearance of a large DRG of Azerbaijani special forces is recorded.

There the group goes
- says the voice-over.


It is shown how a detachment of volunteers determines the exact coordinates of the enemy and communicates this data to the gunners. Then they change their position to avoid being hit by enemy drones and artillery.

In the area where the DRG of the Azerbaijani army is located, an artillery strike is delivered, after which the volunteers are nominated to assess the results.

They do not take the journalist of the ANNA-News agency with them for an understandable reason. A battle ensues, as a result of which three Armenians are killed. Survivors reported that the Azerbaijani DRG, in the amount of 15-20 troops, was destroyed.
Reporterin Yandex News
Reporterin Yandex Zen
29 comments
Information
Dear reader, to leave comments on the publication, you must sign in.