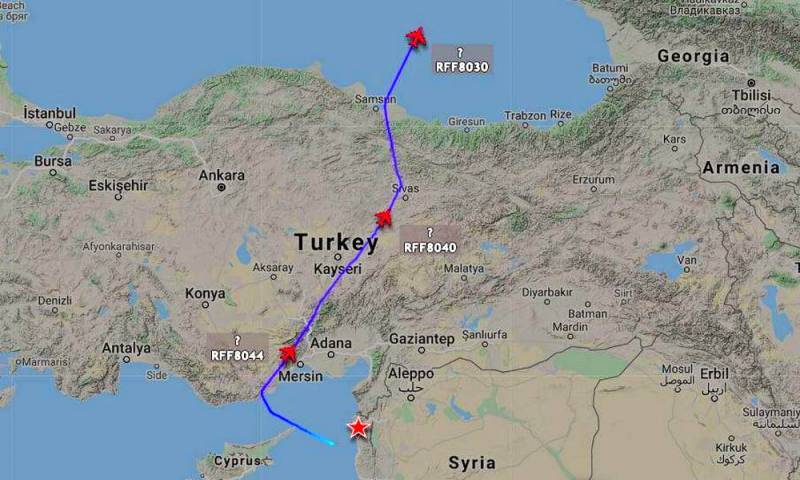 At the Russian airbase Khmeimim in Syria, 8 heavy military transport aircraft Il-76 of the Russian Aerospace Forces were recorded at once. A large-scale arrival of transport workers was noticed on November 1, 2020, writes the Hunter's Notes Telegram channel, which observes the movements of Russian aviation.


Some netizens suggested that the Russian Aerospace Forces carried out a massive transfer of additional equipment, which may be useful for the future offensive of the SAA in Idlib. The jihadists refuse to leave the M4 Latakia-Aleppo (Aleppo (Aleppo) highway) and continue to shell Syrian settlements, so they need to be forced to peace. 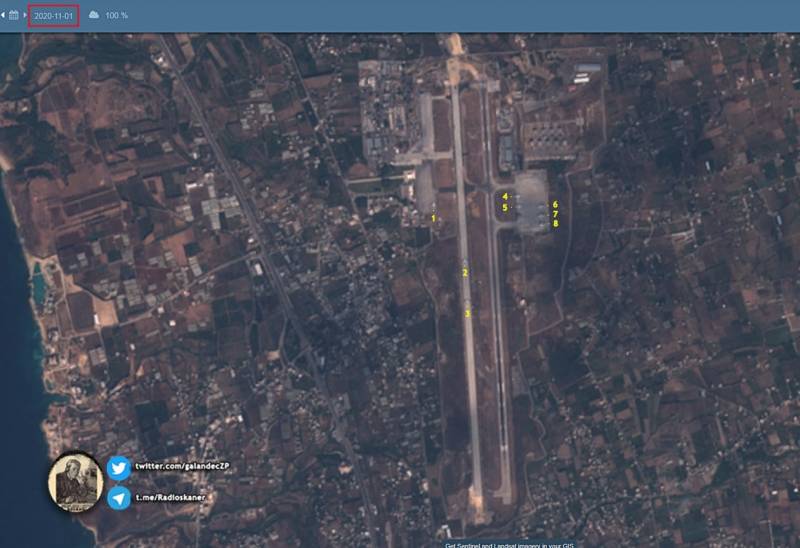 On the same day, an Il-62 (RA-86572) flew to the indicated airbase, which is equipped with VHF special communication and encryption equipment "Surgut". It was noted that his route was unusual. He entered Syria not through Turkish airspace, but flying over the Caspian Sea, Iran and Iraq. 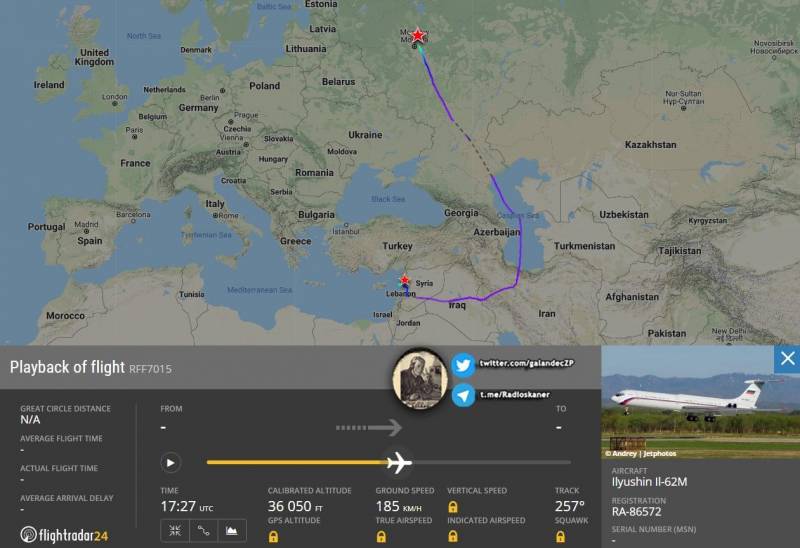 Let me remind you that the aviation of the Russian Aerospace Forces for flights to Syria has not used the Iranian airspace since November 21, 2017. What caused such a change in the route is still a mystery
- said in a statement.

At the same time, the next day, November 2, 2020, 3 Il-76 transports with unknown tail numbers flew from Khmeimim towards Russia. 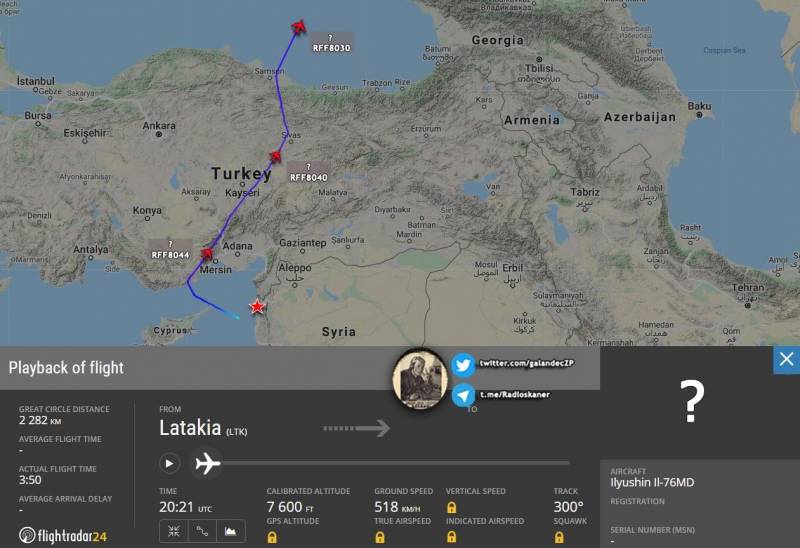 Note that Russian AWACS A-50U aircraft also fly across the Caspian and shortly before the escalation in Nagorno-Karabakh, Baku blocked passing through its own airspace of one such side.

We remind you that Turkey is conducting redeployment their observation "posts" from territories that were under the control of Damascus at the beginning of 2020 to lands still under the rule of jihadists. Moreover, the Russian Aerospace Forces actually resumed its air campaign in Syria. All this indicates that the probability of the SAA offensive does exist.
Reporterin Yandex News
Reporterin Yandex Zen
6 comments
Information
Dear reader, to leave comments on the publication, you must sign in.