With the departure of the Tu-154, the Russian sky became owned by Boeing and Airbus 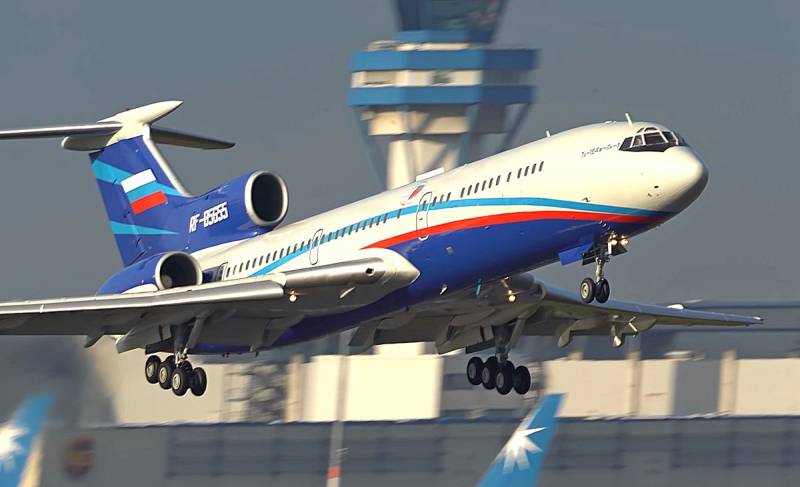 A significant event took place a few days ago. The legendary Soviet liner Tu-154 made its last flight. He flew away, but did not promise to return. Now the Russian sky is almost entirely owned by the American Boeing and the European Airbus.


The historical significance of the "Big Carcass" is difficult to overestimate. Developed in the sixties of the last century, it successfully pulled the webbing until very recently. In the past, the Soviet aircraft industry was able to produce one aircraft of this type per week. The Tu-154 remained the main medium-haul airliner in modern Russia until the end of the XNUMXs. From this position, the veteran was ousted by Boeing and Airbus, not without the active help of lobbyists for their interests in power. Today our sky belongs to American and European concerns.

Yes, Russia has a short-haul Superjet, but this airliner was created with the help of Boeing specialists and still consists of more than half of imported components. Initially, the plane was 20% American, which allowed the US Treasury to impose a ban on its sale to Iran. The dependence on the French company Safran SA for the power plant for the Superjet remains. By a strange coincidence, it is in that part of the aircraft engine, for which the Europeans are responsible, that breakdowns caused by manufacturing defects are regularly discovered, because of which the liners sit idle on the ground for a long time, waiting for repairs.

There is a promising medium-haul airliner MS-21 on the way, which may well compete with the products of Boeing and Airbus, and also replace the Tu-154 that has been released on Russian airlines. However, even here domestic developers fell into the trap of dependence on imported components. First, the US Treasury banned the supply of composite materials to our country, necessary for the creation of aircraft wings. Now сообщается that foreign manufacturers refuse to sell electronic and other critical components to Russia. So far, the UAC manages with the stock of components that it managed to do, but in the near future the MS-21 may face a banal shortage of them. The domestic industry cannot boast of a high speed of import substitution.

I would like to ask the question, what will the government do if Washington follows a tough scenario of pressure, and the US Treasury imposes sanctions on the further sale and service of Boeing and Airbus products in Russia?

We have, for example, a wonderful medium-haul liner Tu-204/214. This aircraft was designed to replace the Tu-154. Depending on the modification, it can carry from 164 to 215 passengers. It is built of domestic components and uses its own PS-90A engine. Liners of this type meet all international standards and requirements and are approved for flights to the European Union, countries of North and South America. Only 87 of them were produced, but only a limited circle of people use them: the Rossiya squadron, as well as the Red Wings and Aviastar-TU companies, but in extremely limited quantities.

The attitude is completely undeserved. Critics of the Tu-204/214 pointed out that its engine was “too noisy, dirty and low-energy,” which alienated potential customers from it, despite its overall attractiveness. But there is another opinion: the promising airliner was killed by Russia's hasty accession to the WTO, which dramatically changed the rules of the game on the domestic aviation market in favor of Boeing and Airbus. It became uninteresting to bring "Carcass" to mind. Eight years later, our country is actually left without its medium-haul aircraft, which can still come back to haunt it.

It is possible that under a certain set of circumstances we will still have to get out of storage and patch up the remaining Tu-154s. Today there are just over two hundred of them, half of them are capable of flying. If by that time they will not be sent to scrap metal.
Ctrl Enter
Noticed oshЫbku Highlight text and press. Ctrl + Enter
We are
"Superjet" is slowly closing: why Russia has forgotten how to build aircraft
Russia simply has nothing to replace its Tu-134 flying off
Reporterin Yandex News
Read Reporterin Google News
9 comments
Information
Dear reader, to leave comments on the publication, you must sign in.