Why America "gave" Crimea to Russia 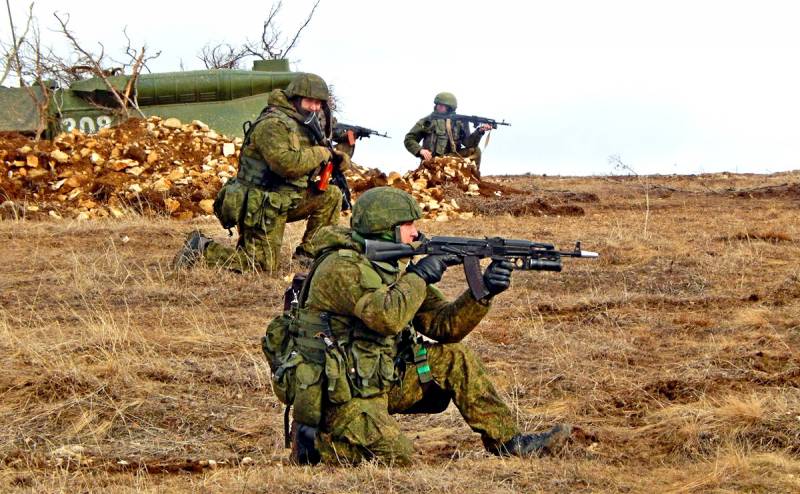 Everything secret sooner or later becomes apparent. We do not have many sane analysts in Ukraine, Dmitry Dzhangirov is the first of them. Recently, in a Skype interview on PolitWera, he unexpectedly shed light on how Crimea became part of Russia. It turns out that this did not happen without the participation of the United States. I do not know if there was an agreement between the Kremlin and Washington, or if Washington deliberately lured the Kremlin into a trap, but Dzhangirov speaks of this as a fait accompli.


We are interested in the moment at 44:10 minutes, although you can listen to the entire broadcast, it is always useful to listen to an intelligent person (there he risks breaking some patterns that have taken root in the heads of many people, even in the offices of the RF Presidential Administration, regarding the Northern Sea Route and the confrontation with China who encroached on our southern underbelly with their New Silk Road project - 35:30 min).


I will not argue with Dzhangirov on the Northern Sea Route and the NShP, but I personally have doubts about Crimea. He says that Turchinov tried to return Crimea through his loyal Crimean SBU officers, but he was besieged by Washington. There is an obvious discrepancy here. All this happened in front of my eyes, so I would like to challenge Dzhangirov's version.

Crimea sailed away immediately after the state. coup. Literally in the first days after the seizure of power in Kiev. No sooner had Yanukovych left the capital on the evening of February 21, disguised as a "woman's dress," when the movement began in Simferopol on February 23-24. At this very moment, the conspirators, not believing their eyes with happiness, were still sharing offices in the Presidential Administration and positions in power structures, and the rest of Ukraine froze in a daze. This especially affected the vertical of power. The siloviki, for the most part loyal to Yanukovych, were in no hurry to swear allegiance to the new government, quite rightly not expecting anything good from it. All the signs of power paralysis were present. Power was actually lying underfoot, and the fact that it was taken by the Americans, and not by the Kremlin, is Moscow's great mistake. Moscow then limited itself only to Crimea, but could take over the whole of Ukraine, at least the left-bank part of it for sure. No one would have resisted, on the contrary, people would have greeted the Russian "tired regiment" with flowers.

I say all this as an eyewitness and participant in those events. In Kharkov, 10-strong demonstrations took to the streets in March. On Sumskaya (this is the main street of the city), demonstrators carried a Russian flag 100 meters long. The Regional State Administration changed hands several times. Motorola first appeared on March 16 in Kharkov, and only then surfaced in Donetsk. The same situation, to one degree or another, was in other cities of eastern Ukraine (Dnipro, Zaporozhye, Kherson, Nikolaev, Odessa, Sumy). But Russia did not support, and the whole protest went off into a whistle. In Kharkiv, Kernes led the protests and skillfully channeled them according to the principle “if you cannot ban, then lead”. This did not happen in Donetsk and Luhansk, because the local elites fled and power passed to the people. How it ended for them, you know.

The fact that Girkin-Strelkov acted at his own peril and risk, entering Slavyansk with a small detachment of 56 people, together with Bezler, misinterpreting policies Kremlin, I confirm. Initially, Moscow had no plans to take away territories, except for the Crimea. And the Crimea became Russian only because of the naval base. All these words that the Crimeans wanted in the Russian Federation, and others did not, are nothing more than words. I hope all smart people understand this. The creation of a long-term hotbed of tension from the LPNR was not originally part of the Kremlin's plans. Putin acted after the fact, carrying out a classic takeover. It is for this reason that all the people's commanders (Strelkov, Mozgovoy, Bezler, Sandman, Batman, Bolotov, Kozitsyn, Tsvyakh, Zhilin, Khodakovsky) were replaced by Moscow creatures. Those who did not want to leave are already in the next world. Only Strelkov, Bezler, Ataman Kozitsyn and Khodakovsky survived from those listed. Bolotov died a natural death, the rest under strange, unexplained circumstances. Here I do not bring Anashchenko, Motorola (Pavlova), Givi (Tolstykh) and Zakharchenko killed by the SBU. Motor and Givi, as well as the commander of "Pyatnashka" Mamiev, who died at a combat post, the mid-level commanders did not pose a threat to the Kremlin, they did not climb into the army commanders, having become a symbol of the warring republics during his lifetime. Zakhar was also appointed to the post of army commander not by the will of the crowd. Unfortunately, he also died.

The situation with Crimea reminds me of the events of 1991, when three conspirators, having gathered in Belovezhskaya Pushcha, shared the Union. Yeltsin was in such a hurry that he did not even bargain on Crimea. Kravchuk later recalled that if EBN had put the question bluntly, he would have given Crimea. But then Yeltsin had no time for Crimea. Maybe in 2014, the Americans were in such a hurry to stake out their new acquisition that they sacrificed Crimea without looking, if only Putin did not interfere in the events in the rest of Ukraine. Maybe there was an agreement, who knows? It will pop up, if it pops up, in 100 years. I don’t think that it was bait to then include sanctions. The sanctions began after Boeing. And Boeing, you know who shot it down (CIA special operation). Crimea is already an accompanying factor, without sanctions the Russian Federation would not have remained anyway.

In Dzhangirov's version, I was interested not in the fact of Turchinov's possible opposition to the seizure of Crimea by the forces of some mythical local groups of the SBU, but in the fact of possible pressure on him from the US embassy so that he would not do this. I think this is quite possible.
Reporterin Yandex News
Reporterin Yandex Zen
19 comments
Information
Dear reader, to leave comments on the publication, you must sign in.