20 2018 June
3
In 2014, amid sharply cooled relations with the West, President Vladimir Putin announced the so-called “U-turn to the East.” Its symbol was the signing of an agreement with the PRC on the construction of the Power of Siberia gas pipeline. However, in fact, Gazprom turned to the rising sun 10 years ago, in 2008. 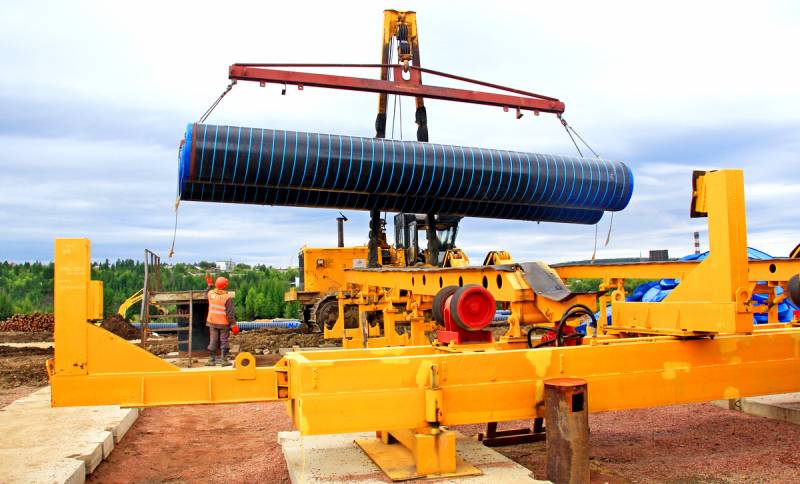 As part of the development of the Russian Far East, gas pipelines were built in Khabarovsk and Kamchatka, and deposits were developed in Sakhalin. But the main goal of bringing the gas monopolist’s infrastructure closer to the border is the Chinese market, and, in the future, possibly North and South Korea and even India. Over the past year alone, the consumption of “blue fuel” has grown by 15% in China, amounting to 240 billion cubic meters. At the end of 2017, there was even a shortage of electricity caused by the Beijing program to switch from coal generation to more environmentally friendly natural gas.

Also of great interest to Russian exports is the South Korean market, access to which has become more realistic due to the warming relations between Seoul and Pyongyang. A gas pipeline could pass through the DPRK to the Republic of Korea, whose gas market is a tidbit. The interest of South Korea in the construction of a gas pipeline from Russia is confirmed by the representatives of Gazprom:

Very promising for Russia is the LNG market in India, which is in fourth place in the world in the import of this type of energy. Already, supplies of gas tankers at the level of 2,5 million cubic meters per year have been contracted. The corporation expects a long-term contract for the next 20 years.

On September 1, 2014, an agreement was signed to begin the construction of the Power of Siberia in China. In the next thirty years, Russia will export 38 billion cubic meters of gas a year to China. The Altai or Power of Siberia-2 gas pipeline is on the agenda. However, not everything is as smooth as we would like. According to the assurances of the leadership of the gas monopolist, the cost of the project will be “only” 55 billion dollars, and the company will earn 400 billion dollars. But the price per cubic meter of fuel is not disclosed:

The main thing now is to understand and feel the meaning of the contract itself, and not to discuss the price level

Against the backdrop of American sanctions and competition with their LNG, the project suddenly went up in price, really making us feel its significance. For example, in 2011, it was estimated at 800 billion rubles, and now 1,1 trillion. Plus, for the construction of the Amur gas processing plant 950 billion, and another 450 billion for the infrastructure of the contracted Chayandinskoye field. At the same time, “evil languages” doubt the profitability of these projects for all but a number of contractors, and note that the Far East and Siberia are the most undeveloped regions of the country in terms of gasification.

China itself is extremely pragmatic not rushing headlong into the arms of Gazprom, but at the same time negotiating with suppliers from the United States. From Alaska, China will receive LNG in volumes of 28 billion cubic meters. However, the leadership of the Russian monopolist remains optimistic: the company hopes to supply about 2035 billion cubic meters of “blue fuel” to the PRC by 100.
Ctrl Enter
Noticed oshЫbku Highlight text and press. Ctrl + Enter
We are
Kiev gas blackmail: brave Ukrainians did not take into account one moment
Russia is losing the Far East
Reporterin Yandex News
Read Reporterin Google News
Ad
We are open to cooperation with authors in the news and analytical departments. A prerequisite is the ability to quickly analyze the text and check the facts, to write concisely and interestingly on political and economic topics. We offer flexible working hours and regular payments. Please send your responses with examples of work to [email protected]
3 comments
Information
Dear reader, to leave comments on the publication, you must sign in.