Macron: I defend the right to draw cartoons, but this does not mean that I personally support them 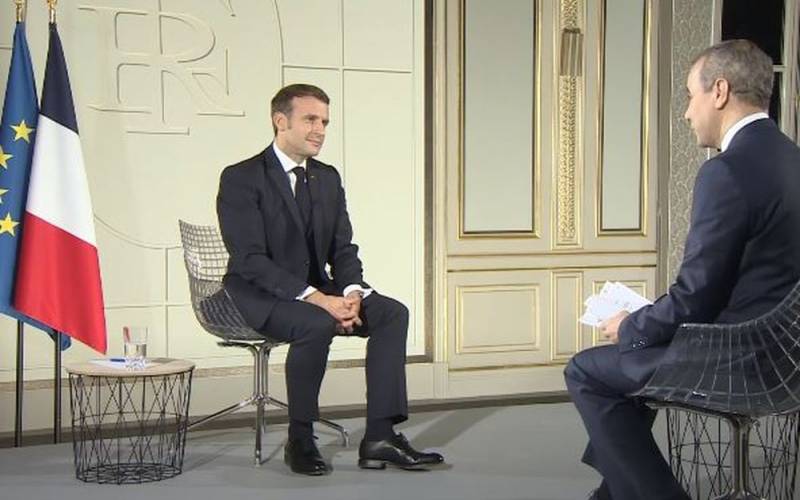 On October 31, 2020, French President Emmanuel Macron tried to ease tensions with Muslims. He gave a long interview to the Arab TV company Al Jazeera from Qatar and had a long conversation with the journalist, explaining his words about Islam, which caused a resonance around the world, according to the German TV and radio company Deutsche Welle.


Macron said that he understands why people are offended at him and realizes their outrage at the cartoons of the Prophet Muhammad. But this cannot be an excuse for violence. He called on the Muslim world to remain calm and prudent.

I understand that cartoons can shock people, but I will never allow violence to be justified
- he said.

I understand the feelings this evokes, I respect them. But I want you to understand me too. My role is to calm the situation while protecting rights. I will always defend the freedom to speak, write, think and paint in my country.
- added the head of state.

I defend the right to draw cartoons, but that does not mean that I personally support them. This does not mean that I approve of everything we say, think and draw, but ... I believe that this is our vocation to defend freedoms and human rights, as well as the sovereignty of the French people.
- explained Macron.

On October 16, in the town of Conflans-Saint-Honorine, a school teacher, Samuel Pati, was beheaded, who at one of the lessons showed students cartoons of the Prophet Muhammad. After that, Macron announced that Islam was in crisis. These words sparked protests in the Muslim world. And even earlier, on September 25, a group of people attacked passers-by at the former editorial office of the satirical magazine Charlie Hebdo, which republished cartoons of the Prophet Muhammad in a recent issue.

In an interview, Macron stressed that the French state has nothing to do with such publications. In his opinion, the leaders of several countries distort the truth, forcing the inhabitants of their countries to believe that the French government is responsible for these cartoons. At the same time, his words about the crisis in Islam concerned extremist elements, which also threaten all other Muslims.

The cartoons are not a government project, they are produced by free and independent newspapers not affiliated with the government
- the president specified.

I wanted to make it very clear that there are people in the world today who distort Islam and kill in the name of the religion they defend. Today, some extremist movements and individuals practice violence in the name of Islam
- he explained.

Of course, this is a problem for Islam, because Muslims are the first victims. More than 80% of victims of terrorism are Muslims. And that's a problem for all of us
- pointed out the French leader.

Macron defended secularism - the concept that government and other sources of the rule of law should exist separately from any type of religion. He noted that in France people are free to practice their religion. At the same time, religious and political those who do not condemn the violence are partially responsible for it. Therefore, he urged them to condemn the attacks in France. Concerning words Turkish President Recep Tayyip Erdogan to boycott French goods, then Macron called them "unworthy and unacceptable."

We are going to prevent children from dropping out of school and we want to prevent terrorist-related funding. And above all, we are going to make sure that everyone, regardless of their religion, respects the laws of the French Republic.
- summed up Macron.
Reporterin Yandex News
Reporterin Yandex Zen
8 comments
Information
Dear reader, to leave comments on the publication, you must sign in.