Battle for Nagorno-Karabakh will end near Shusha 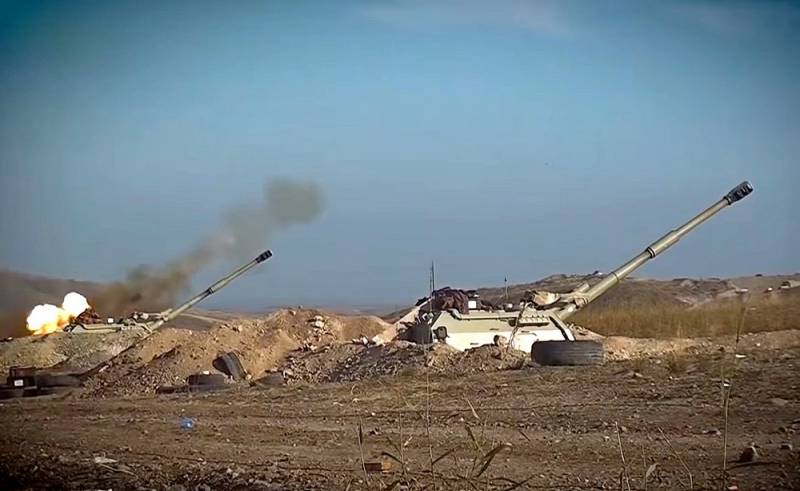 The Azerbaijani military in Nagorno-Karabakh were forced to change the direction of the main attack. Faced with desperate Armenian resistance, they failed to take control of the Lachin corridor, which would cut the unrecognized republic from Armenia. However, they still have the opportunity to force Stepanakert to capitulate, starting to hit him with direct fire from all barrels.


Baku managed to advance quite far across the territory of Nagorno-Karabakh, but did not achieve the main strategic goal of cutting it off from Armenia. Left without supplies, the isolated, unrecognized republic would eventually be forced to surrender at the mercy of the victor. Understanding this perfectly, the Armenian military rested to death. As a result, the attackers stopped with open flanks. If Yerevan had sufficient forces, it could close the grouping into a cauldron and defeat it. However, serious supply problems prevent the Armenian BTG from doing this.

Failure in the main direction forced the Azerbaijani military and their Turkish advisers to switch to "plan B". The troops are gradually withdrawn from the threat of encirclement and are transferred to the neighboring high-mountain gorge, from where the road to the city of Shusha opens. This is the most serious danger for Nagorno-Karabakh. After the embarrassment at Lachin, the capture of Shushi remains the last, but a real chance for Azerbaijan to defeat Armenia. President of the unrecognized republic, Harutyunyan bluntly stated:

As they say: who owns Shusha, he owns Artsakh. I want all of us to realize this moment, and realize it not only in words, but also by direct participation in the defense of Shushi.
And this is not an exaggeration. The small town is located just 10 kilometers from Stepanakert, and the road to the capital of Nagorno-Karabakh passes through it. At one time, only by capturing Shushi, the Armenians were able to secure Stepanakert, which lies in front of him at a glance, from the attacks of Azerbaijani missiles and artillery. By the way, Shamil Basayev, not unknown to Russians, was then among the defenders of the city. Shusha was taken in just a day, this victory is considered an important milestone in the history of the Karabakh conflict.

For Baku, the return of Shushi is not only a key to Stepanakert, but also a matter of national prestige. Before the arrival of the Armenians, 98% of the population of the town were ethnic Azerbaijanis. Conspiracy theories of betrayal were popular, but the most realistic explanation for the defeat is considered to be the extremely low combat effectiveness of the Azerbaijani army at that time. Now times have changed, Baku has properly "pumped" its Armed Forces and with the help of Turkish advisers is ready to take revenge.

At the moment, the Azerbaijani military is only 5 kilometers from Shushi, but for Stepanakert, everything is not as bad as it sounds at first glance. Drag tanks and other heavy machinery extremely problematic, the Armenians, in turn, organized a defense along the edge of the ridge. Baku is forced to act by special forces, which move on foot and carry appropriate weapons. Even if they manage to punch a path for armored vehicles, the group can be cut off from supplies and itself get into the encirclement on the other side. Ultimately, the battle for Karabakh will be resolved in the mountains, where Azerbaijanis no longer have a decisive advantage due to heavy weapons and strike UAVs cannot operate with the same effectiveness.
Reporterin Yandex News
Reporterin Yandex Zen
8 comments
Information
Dear reader, to leave comments on the publication, you must sign in.