Expert: Joe Biden knows how to punish Russia for "interference in elections" 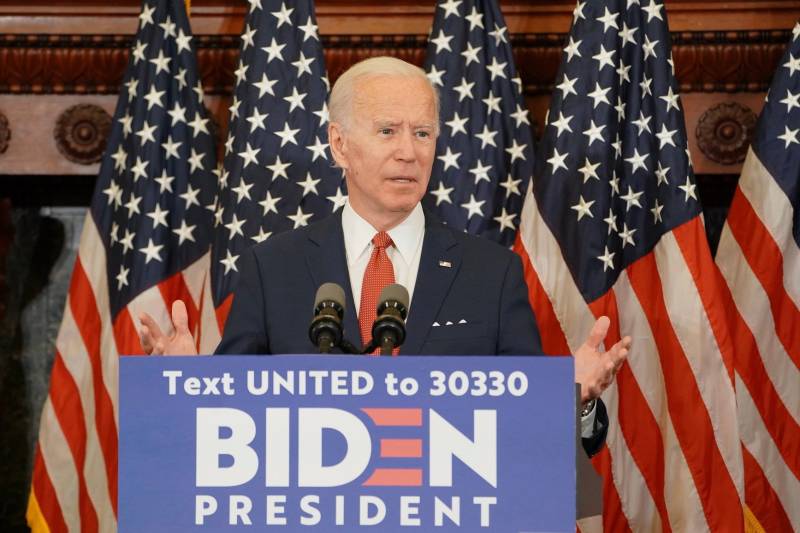 Russia will become a central priority for Joe Biden if he wins the US presidential election, former British Ambassador to Belarus Nigel Gould-Davis writes on the website of the International Institute for Strategic Studies (London).


The author suggests that the Biden administration will challenge the "aggressive position" of the Russian Federation and will try to restore all the necessary alliances and institutions for these purposes. Much will change in a way that is unpleasant for the Kremlin, especially in the part of Ukraine, which the representative of the Democratic Party has already planned to pay special attention to.

According to the expert, Joe Biden is ready to fully accept, unlike Donald Trump, the consensus of the intelligence and political communities that has developed regarding the Russian threat to the political process in the United States. Moreover, Biden proposed the creation of an independent non-partisan commission to study the issue.

The new administration, as the author believes, will not only punish and restrain Russia, but also reform American institutions in order to make it difficult for any outside interference in American policies in future.

The expert believes that the new owner of the White House will try to prevent the Russian elite from laundering their corruption proceeds through Western countries.

This can not only weaken Russia's attack on the United States, but also affect the situation inside the country [RF]. The ability to channel its assets to secure Western jurisdictions is now helping Russian elites stabilize the regime. If this becomes too difficult and costly, key stakeholders may reconsider the Faustian deals they have made with the authorities. Since Biden believes that Putin's system is weaker than it looks, he might like the consequences
- says the publication.

Even if Biden's victory does not bring the Democrats a majority in both chambers of Congress, the transition to a more uncompromising policy towards the Russian Federation, in any case, will receive support in each of the parties.

First, the Democrat President is supposed to want to rebuild alliances badly frustrated by Trump's unilateral actions. This is especially true of Europe, which is more concerned about America's reliability than it has ever been since the late 1940s.

The second step, according to Gould-Davis, will be the revival of "international democratic solidarity against authoritarianism." Returning to concerns about how other countries are treating their citizens will add to the friction between Washington and Moscow.

They will only deepen as Russia grows more authoritarian and repressive ahead of the 2024 presidential election.
- the British expert believes.
Ctrl Enter
Noticed oshЫbku Highlight text and press. Ctrl + Enter
We are
IISS: Russia failed its oil adventure
New taxes and more expensive parcels: what awaits Russians in 2020
Reporterin Yandex News
Read Reporterin Google News
6 comments
Information
Dear reader, to leave comments on the publication, you must sign in.