Turkey continues to evacuate its strongholds in Idlib 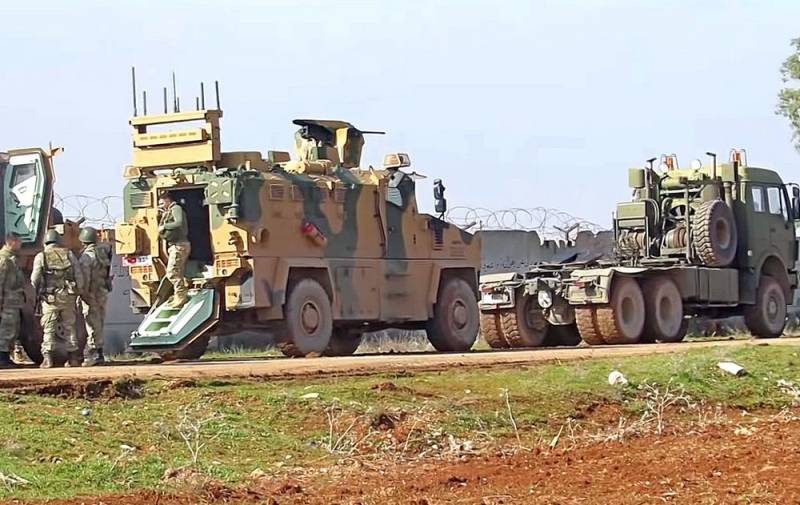 Ankara continues to evacuate its military from Syrian territories, which came under the control of Damascus in early 2020. Russia has persuaded Turkey to hand over four of its observation posts, converted into full-fledged bases, to the Syrian authorities. They ended up in the rear of the SAA and do not perform the functions for which they were created. Now the Turks are making a phased redeployment in the territories that are under the control of the militants.


It should be noted that recently the Turkish military, accompanied by the Russians, left an observation post near the city of Morek, located in the Syrian province of Hama. Now the turn has come to a similar facility near the village of Sher-Maggar, located in the northern part of the aforementioned region of Syria. On October 29, 2020, the Syrian Observatory of Human Rights NGO informed the public about this from London, citing Syrian sources.

It should be noted that the above observation posts of the Turkish army appeared there in June 2018 following the results of agreements between Moscow and Ankara. In total, Turkey in the Idlib de-escalation zone was allowed to organize 12 such facilities, which were located in the Syrian provinces of Idlib, Hama, Latakia and Aleppo (Aleppo). But in fact, Turkey has many more such strongholds, which it did not ask permission to organize. In any case, the sources of the Middle East Eye network agency, also based in London, say this.

Note that despite the ceasefire regime in Greater Idlib that has been in effect since March this year, the militants continue to regularly fire at the positions of the SAA and the settlements of Syria. In addition, Ankara did not free the M4 highway (Latakia - Aleppo) from jihadists, thereby violating its obligations. In this regard, sources suggest that the SAA has begun to prepare for a large-scale military operation in the region in order to force the militants to peace.
Ctrl Enter
Noticed oshЫbku Highlight text and press. Ctrl + Enter
We are
Russia will have to agree on the Damascus-Aleppo highway with the Turks
Turkey moves troops to Syria to avoid “nightmare scenario”
Reporterin Yandex News
Read Reporterin Google News
3 comments
Information
Dear reader, to leave comments on the publication, you must sign in.