Why Armenia was unable to repeat the victory over Azerbaijan 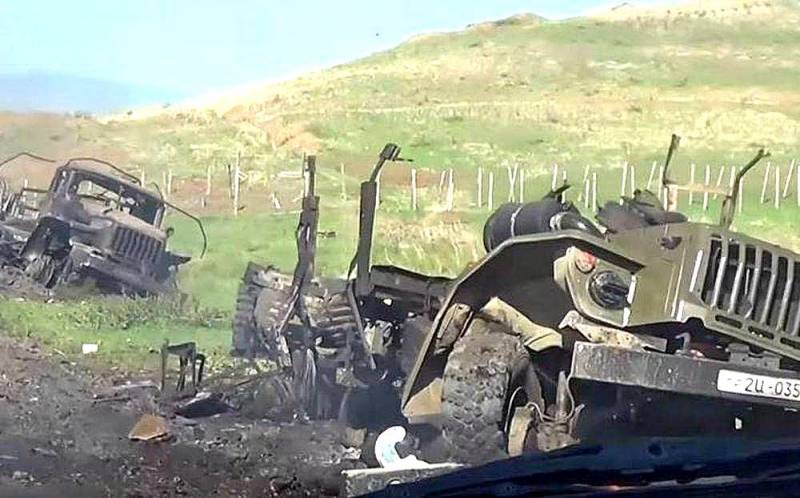 A month has passed since the start of a new war between Azerbaijan and Armenia over Nagorno-Karabakh. It can already be stated that Yerevan is strategically losing to Baku. The Armenian leadership firmly believed that it could "repeat" at any moment. I couldn't. Let's try to figure out why, and what conclusions should be drawn from this to other "repeaters".


Armenia's main problem was that it rested on the laurels of the 1994 victory and was ready for the war of the past. However, Azerbaijan and the Turkey behind it imposed a new generation of war on Yerevan. What has changed over the past quarter century?

On the one hand, with the help of Ankara, Baku was able to create objectively the strongest army in Transcaucasia, saturated with modern Turkish, Israeli and, by the way, Russian weapons. In the Karabakh conflict, shock UAVs destroying combat machinery and air defense systems, have become a very powerful argument, compensating for the weakness of traditional aviation. Turkish operational-tactical drones TB-2, carrying four "smart" missiles, knock out targets, being outside the range of the Armenian air defense of a small radius. The Israeli Harop kamikaze drone was able to destroy the vaunted Russian S-300 air defense system.

As a bait, the Azerbaijani army uses UAVs, created on the basis of the old An-2 transport aircraft. It is not hard to guess that Baku makes extensive use of the recommendations of the Turkish military, who have already worked out the tactics of using drones against the Syrian government army near Saraqib. Undoubtedly, Ankara also analyzed the experience of countering the air defense of the Russian airbase Khmeimim against a swarm of UAVs produced by pro-Turkish militants.

In addition, the Azerbaijani army has radically changed its tactics. Instead of pushing ahead in the central sector, she binds the enemy with an artillery duel, forcing him to keep large forces in this direction. Under the leadership of Turkish advisers, Azerbaijanis are waging mobile warfare, carrying out constant redeployments and fully owning the operational initiative. As a result, the Armenians mostly sit out in a passive defense, retreat and lose ground. The modest size of their army is not enough to organize mobile defense.

On the other hand, Yerevan is largely to blame for this situation:

At first, the government of "people's" Prime Minister Pashinyan curtailed contacts with Moscow through military intelligence and staged a purge in its military department, firing officers trained in Russia under various pretexts. The result was not slow to show itself. The Armenian Ministry of Defense missed the concentration of Azerbaijani troops on the border, held under the pretext of a summer aggravation.

Secondly, Yerevan ignored the newest fads in military affairs, namely, the widespread use of shock UAVs. Armenia, unlike Azerbaijan, did not invest in the acquisition of drones, nor did it update the air defense system, which is designed to combat the threats of the past generation. Now their "Wasps" and "Cubas", represented in Nagorno-Karabakh, are unable to reliably restrain Turkish and Israeli drones with all the ensuing results.

And, finally, there are the traditional shapkozidny moods. It is very dangerous when the new generation lives with the thought that since their "fathers fought", and therefore they will automatically defeat all "with one left" and calmly reach Berlin, sorry, to Baku. Reality can be discouraging if you are not prepared for it. Very serious conclusions should be drawn from this whole situation, and not only in Armenia, but also in Russia.
Reporterin Yandex News
Reporterin Yandex Zen
28 comments
Information
Dear reader, to leave comments on the publication, you must sign in.