The prohibition of the Russian language and "Russian aggression": what do the inhabitants of Ukraine think about this? 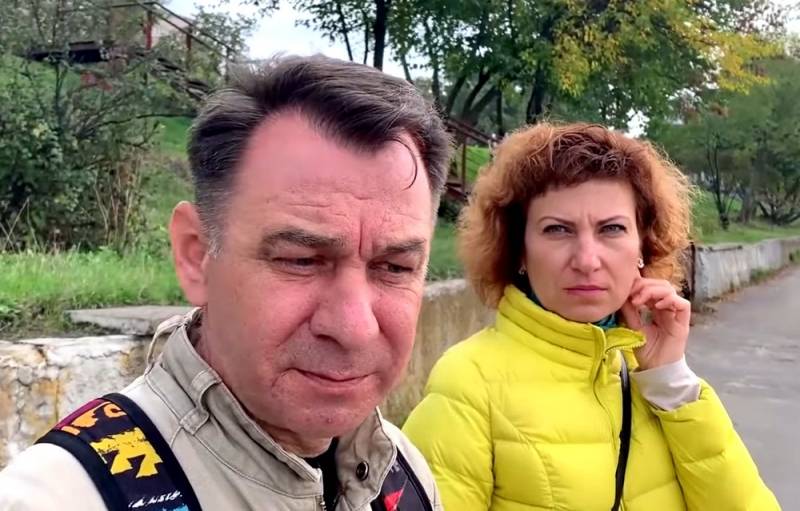 Somehow imperceptibly against the background of the latest hot events in Belarus, Kyrgyzstan and Nagorno-Karabakh, the country of evergreen tomatoes faded into the background. But while we, with bated breath, watched as inexperienced Belarusians with bright faces unsuccessfully tried to overthrow their president, and experienced Kyrgyz with no less bright faces in one day demolish theirs, while hot guys from Baku and Yerevan competed with each other, who will voice more the number of corpses of the enemy in the war for Stepanakert, the country of zhovto-blakit benches lived its usual life of a crazy madhouse, where patients seized power and dictated the course of treatment to the chief physician Zelensky.


From November 16, a law comes into force there, prohibiting employees of restaurants, cafes, bars, shops, banks, hospitals and other similar institutions from talking to visitors in Russian, and children and teachers at school are strongly advised to talk even at recess. "; a bill is introduced in the Rada, providing for criminal punishment of up to 5 years for denying the fact of Russian aggression; The National Television and Radio Broadcasting Council threatens to revoke licenses from Medvedchuk's TV channels ZIK, 112th and NewsWan for neutral coverage of the latter's visit to Moscow, without negative connotations; the US Embassy, ​​represented by its Charge d'Affaires of the United States (not even an ambassador, but some chargé clerk!) summons the Minister of Health of Ukraine to the carpet and officially imposes a ban on the supply of the Russian vaccine against Covid-19 to the country; and the head physician Zelensky asks his patients with five questions, where he proposes to discuss the creation of a free economic zones in the occupied part of Donbass, reducing the number of deputies to 300, introducing life imprisonment for corruption, legalizing marijuana for medical purposes and using the Budapest Memorandum to restore the territorial integrity of Ukraine. But first things first.

On the prohibition of the Russian language

On the first question. From the point of view of the fascist anti-Russian state (and Ukraine, in fact, has been such since 2014), they are doing absolutely right. After all, the Russian language is the one and only cultural environment that connects us with Russia and the Russian world. As long as we speak and think in Russian, they cannot do anything with us. No matter how much you say that Russia is an aggressor country, and no matter how you rewrite history, critically thinking people will still have their own point of view on this, which does not coincide with the imposed state.

So far, they have done little in this matter. Over the past 6 years of violent Ukrainization, they have achieved the exact opposite. If in 2013 the number of people preferring Russian content was 89% of the population, then in 2019 there were already 92%. You can't be cute! People develop a natural backlash against coercion. What people themselves think about this, if you wish, you can listen, I will attach links to surveys conducted by Strana.ua in the cities of Ukraine.


But water, as you know, wears away a stone. For those who are not in the know, as of September 1, 2020, there is not a single Russian-language school left in Ukraine, all education from the 5th grade is only in Ukrainian. Younger students (up to the 4th grade) are still allowed to teach in Russian (otherwise they will not understand anything at all), but this component is strictly limited. And older students are prescribed to receive education in the state language in the amount of at least 80% of the annual study time. Those. in fact, only Russian language and literature (although it is not there, it is included in the "Foreign Literature" section), which means that only physical education and work will be in Russian, since there are no textbooks in Russian either. And as the generation of 2000+ (born after 2000) grows up, children who were taught to hate everything Russian from the age of 14 (they are now 20), more and more generations of Ukrainian graduates will be added to them, who even write in Russian. they do not know how, because they are not taught this. As a result, in the near future you run the risk of getting a second Poland here (after all, the Poles are also Slavs) - an annually expanding funnel of people who hate everything Russian from their young nails at the genetic level, and who cannot even think in Russian. After that, it will be possible to state the medical fact that Russia has lost Ukraine for itself forever. I will show below how the zomboyaschik acts on the adult population (in the section on criminal liability for denying Russian aggression).

But those in power do not stop there, they go further. Methodist, senior researcher at the Institute of the Ukrainian Language of the National Academy of Sciences of Ukraine, Ph.D. Oksana Danilevskaya, who has inspected a number of schools this year, was horrified - children and teachers still speak Russian to each other during recess. This should be prohibited. Teachers under threat of dismissal. Children under the threat of the death penalty (virtual for now, thank God). Otherwise, she does not vouch for the consequences.

From her point of view, there is obvious diglossia - a special version of bilingualism, in which two languages ​​coexist in a certain territory or in a society at the same time, used by their native speakers in different functional areas. One language, let's call it “high”, is used by a native speaker in non-everyday situations and “high” spheres of application, and another, so-called. “Low”, which is, as a rule, native to the carrier, is used by him in everyday speech and “low” genres of fiction. Lived, the Russian language, the language of Pushkin, Tolstoy and Chekhov, reduced to everyday life, suitable only for low literary genres (such as ditties). The only striking thing about this is that Mrs. Danilevskaya herself spoke all this in pure Russian. Probably to make it clearer for the Russian herd.

On criminal liability for denying the fact of Russian aggression

I myself could not believe it. It seemed to me to be complete nonsense. What is the criminal liability? Are you out of your mind? What aggression? I live in Kharkiv. According to the official point of view, it is considered a front-line city. To the ATO zone 150 km. What kind of war? War is only in your heads! The city lives an absolutely peaceful life, expensive cars rustle through the streets, young ladies sit in cafes, eat ice cream, fountains and black swans swim in parks, children ride scooters and bicycles. An ordinary peaceful life. Even the number of military personnel in camouflage has become much smaller compared to 2014-15. But the TV does its job. I will attach its results, this is a video of a survey of Kiev residents, what they think about the introduction of criminal liability for denying Russian aggression.


I highly recommend everyone to watch this video. This is the visual result of those knackery experiments on the human psyche, which are carried out over the Ukrainian people by its transatlantic puppeteers through the media controlled by their local henchmen. I could not believe my eyes. And this is said by adults who may have studied at school with me. Moreover, they all say this in Russian. How easily they agree with criminal responsibility for denying Russian aggression, some only suggest starting not with criminal, but with administrative, but with the money so that henceforth only at home and only under the blanket, with closed doors and extinguished lights, a person could think this. Paul Joseph Goebbels, looking at such results, should have strangled himself with envy:

Take away the history of the people, and in a generation it will turn into a crowd, and in another generation into a controlled herd. (J. Goebbels).
Even a generation has not passed here, but we have already received a controlled aggressive biomass. After that, I can already say that Russia has lost Ukraine, and forever!