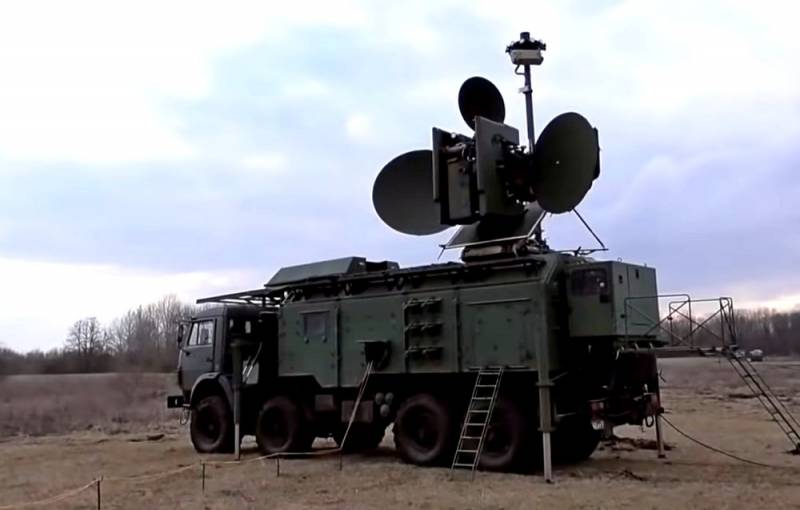 The conflict in Nagorno-Karabakh forced the Russians to send weapons against drones to Armenia, the Hong Kong-based Asia Times writes.


Armenia is a member of the CSTO, so Russia is trying to protect its strategic ally, and at the same time its military facilities in this country from possible attacks by drones of the Azerbaijani Armed Forces, Turkish and Israeli production. At the same time, Ankara, unlike Tel Aviv, actively advertises its military products in various conflicts, for which already paid... Canada and Austria have banned the export of certain products to Turkey. Therefore, the Turks may now have problems with aircraft engines and video cameras for their drones.

Russia deployed the Krasukha-4 complexes at the Khmeimim base in Syria in 2015. Since then, according to the Russians, they have been contactlessly “shooting down” jihadist drones, and in 2018 helped repel a massive attack by US Tomahawk cruise missiles.

If this is true, and so far no one denies this, then the Krasukha-4 complexes should already be located at the Gyumri base in Armenia.

The family of Russian complexes "Krasukha" was originally designed to protect the territory of military bases and important industrial facilities from enemy aerial and space reconnaissance. However, the Russians found this development also useful in countering drones.

"Krasukha-4" does not take control of drones. It effectively jammed GPS signals and the drone loses contact with its base, after which it crashes.

By sending the Krasukha-4 complexes to Armenia, the Russians made it clear that they would fight the drones of other states if they find themselves in Armenian airspace.
Ctrl Enter
Noticed oshЫbku Highlight text and press. Ctrl + Enter
We are
US Press: Dozens of Syrian mercenaries die in Nagorno-Karabakh
Turkish media publish false footage of the destruction of electronic warfare "Kraukha" in Libya
Reporterin Yandex News
Read Reporterin Google News
16 comments
Information
Dear reader, to leave comments on the publication, you must sign in.