Kudrin wants to invest Russian reserves in the United States: what is the risk 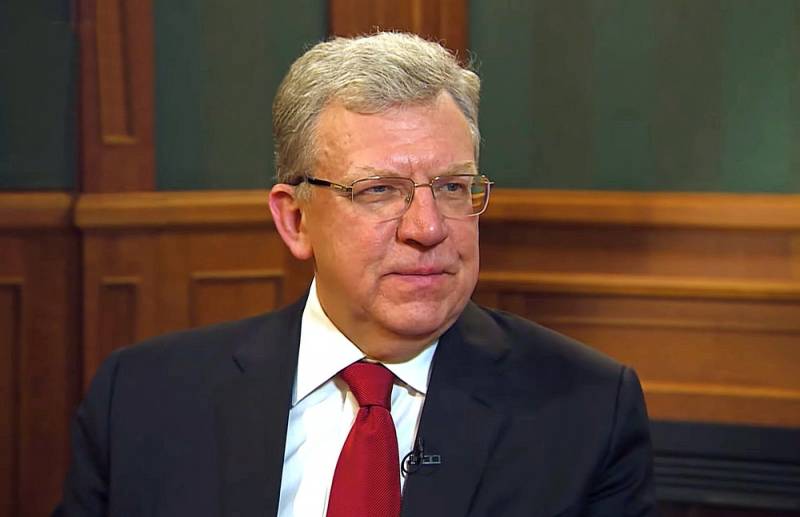 The National Wealth Fund (NWF) could be squandered in as little as two years, and these funds will go to support the American tech giants. This will be so if the Kremlin follows the advice of one of the country's main systemic liberals, Alexei Kudrin.


Mr. Kudrin, once recognized as the "best finance minister" by some Western publication, suggested spending half, or even more, of the National Wealth Fund's savings:

In my speech and in a conversation with the president, I said that this year you can not skimp, in 2020, that's when the peak will be. Then you can borrow more, maybe borrow in the markets and thereby help the budget.
This is a very characteristic statement. Aleksey Leonidovich clearly considers the NWF in some way "his own". Indeed, this is his brainchild. Initially, in 2004, the Stabilization Fund was created, where, according to its recipes, the withdrawn from economics super profits that could go to the development of the country. In 2008, the Stabilization Fund was split into the NWF and the Reserve Fund. The latter was properly "pinched" in the period from 2015 to 2016, and later its remnants were merged with the National Wealth Fund. Now it was his turn.

Recall that this is a kind of "safety cushion", a state fund, which is a part of the mechanism for providing pensions to Russian citizens. It is formed at the expense of revenues from the oil and gas complex and management of its own funds. When its liquid part reaches 7% of GDP, the government has the right to invest the fund's resources in excess of this threshold. And a whole queue of those wishing to participate in this has long lined up. The key question is where to invest this money?

The patriotic public and the economists of the "old" school quite rightly point out that in the face of constantly increasing Western sanctions, it is worth investing in the development of the country's infrastructure and the notorious import substitution in order to reduce Russia's dependence on unfriendly states. But Kudrin, an adherent of the liberal theory, has different recipes. He proposes to look up to Norway, which is investing oil windfall profits in shares of leading US multinationals Apple, Microsoft and Alphabet (Google). With common sense, this idea does not hold water.

At first, Russia simply cannot be put on the same scales with prosperous Norway. This small country is a member of the European Union and NATO and lives quietly under the wing of the United States, in a sense "paying tribute" by investing its petrodollars in the American economy. To call a spade a spade, then our systemic liberals are doing the same, but the external conditions have now radically changed. Russia is under sanctions, and therefore at any time foreign assets, such as Apple shares, can be seized by the US Treasury Department. Actually, after that, you can forget about them.

Secondly, large-scale investments of public funds in the shares of American technology corporations today pose a great risk. Yes, the value of shares is growing, but the problem is that the profitability of the companies themselves does not keep up with them. This is called a "bubble" that will burst sooner or later. Jeremy Grantham, GMO co-founder, for example:

I see crazy stories all over the place, and these are the stories needed to burst the bubble.
In the opinion of a professional investor, "reality will make itself felt in the coming weeks or months." In this situation, our former "best finance minister" recommends investing public money in "bubbles". Worst of all, the collapse of Western markets will hit the Russian market and further weaken the ruble. It was then that funds from the NWF might be needed, more than half of which Alexey Leonidovich proposes to "swell as soon as possible" into the shares of Apple, Microsoft and Alphabet. But they will be gone.
Ctrl Enter
Noticed oshЫbku Highlight text and press. Ctrl + Enter
We are
Peace enforcement operation. Russia inflicts a preemptive strike on Kiev
US Global Economy: An End That Sneaks Noticeably
Reporterin Yandex News
Read Reporterin Google News
32 comments
Information
Dear reader, to leave comments on the publication, you must sign in.