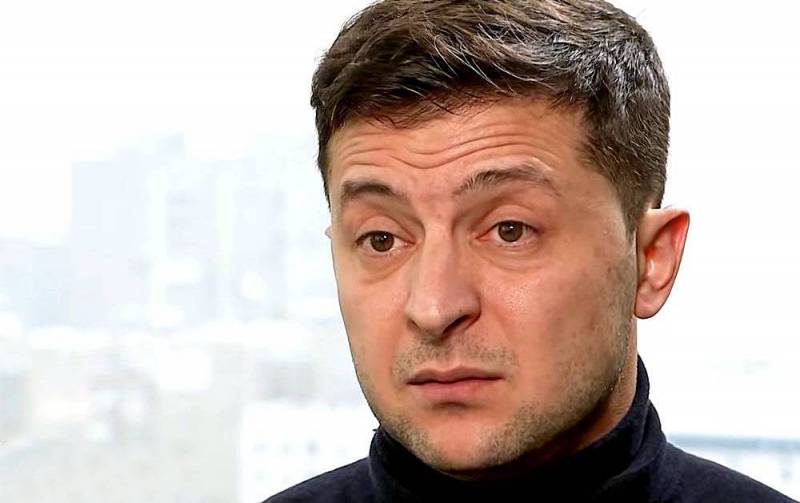 On October 25, local elections were held in Ukraine, during which local residents voted for a new composition of various councils - from regional and district councils to rural ones, and also determined the candidacies of future mayors and village heads. It would seem that an event of purely internal significance, to which our country should have absolutely nothing to do.


However, this is not at all the case. The current expression of the will of the Ukrainians has demonstrated not just serious, but fundamental changes in many areas, which directly affect Russia.

The people are tired ... From what? From everything!

First of all, the record low voter turnout at the polling stations draws attention to itself. And this is in the "nezalezhnoy", where recently the general политическая the concern reaches almost schizophrenic proportions. However, this time the usually hyperactive "electorate" expressed a complete unwillingness to vote for anyone at all. On average, a little more than 35% of potential voters came to the polling stations across the country, despite the fact that in the previous similar elections (in 2015) the number of those exceeded 46.5%, and in the parliamentary elections that were triumphant for the current ruling party it even reached 49%. People are fed up with everything, and they no longer believe literally anyone. A separate story happened to the completely insane initiative of Volodymyr Zelensky, who apparently decided to conduct a "presidential poll" in order to revive the electoral process and attract, first of all, young people to it.

What kind of thing this is and why it is needed, it seems, they had absolutely no idea even in his own office - after all, a parody of a plebiscite like this "on the knee" cannot have any legal force a priori. No law on its basis can be neither adopted, nor canceled, nor even amended. And the questions themselves cause, to put it mildly, perplexity. Zelensky's got everything lumped together - from the introduction of life imprisonment for some hypothetical "corrupt officials" and the creation in the Donbass of a "free economic zone "(very funny ...) before the legalization of marijuana in the country! However, there were also topics about reducing the number of people's deputies to 300 individuals and Ukraine's use of the provisions of the Budapest Memorandum regarding the appeal for foreign military assistance. The most interesting thing is that the Ukrainians reacted to this quite appropriately.

Photos of "questionnaires" with the most common answer are now circulating all over the Internet ... As it turned out, ten squares of this pseudo bulletin intended for pluses or minuses fit perfectly into a wish that sends the president-clown, as the witty words say, on an erotic walking tour. The "head of state", who himself reduced his foreign and domestic policies to the level of buffoonery and buffoonery, received quite an adequate result in the form of these wishes, and an obscene trick addressed to him personally by the Femen activist, committed by her right on the site where he came to vote for your party. Truly - what I fought for, I ran into that. The main thing, however, of course, is not this. The pro-presidential party "Servant of the People" failed in the local elections with an absolutely enchanting crash and shame. She lost outright, with a crushing score and almost dry. For the political force that came to parliament with a 73% rating just a year ago, the current 15-17% maximum (much less in many regions) is not just a disaster. This is the end…

The "servants" did not get a single chair of mayors. They also cannot dream of any majority, even in the most seedy village council. However, Poroshenko's revenge, which seemed to some to be inevitable in case of disappointment of Ukrainians in Zelensky and his, excuse the expression, “team,” did not take place either. The "Party of European Solidarity" headed by him, to which the sneering "PES" has firmly adhered, has shown exactly the same electoral "success" as the current government. No wonder - according to many experts, Zelensky was killed by his transformation into a "Poroshenko clone" with the same sycophancy before the West and ostentatious Russophobia, except perhaps without obvious alcoholism.

Ukraine: the end of the "green era". What's next?

On the other hand, the Opposition Platform - For Life more than seriously added to its sympathies, whose representatives not only entered many city councils of large Ukrainian megacities and legislative bodies of the corresponding regions, but also entered the second round of elections for mayors of Odessa and even Kiev. By the way, the nationalist "Svoboda" flew out of the capital's council like a traffic jam. Generally speaking, judging by the results of these elections, especially frostbitten “patriots” and “supporters of the national idea” have gotten into a puddle, even cleaner than “servants”. As far as we know, representatives of such odious organizations of an openly Nazi persuasion as the Right Sector, the National Corps or Demokira (Democratic Ax - is it not a nice name ?!), with great difficulty gained over 1% there where they confidently hoped to win. They "flew" with a whistle even in Western Ukraine, not to mention Kharkov or Dnepropetrovsk. At the same time, a very good result was shown by the political forces created and controlled by the "local elites" - that is, mostly oligarchs and other "princelings" of regional bottling. What does all this indicate?

Let's not rush to the first optimistic conclusions, which suggest themselves: the people of Ukraine, who are fed up with the "post-Maidan" lawlessness, the dominance of the "Nazis", total Russophobia and poverty and the collapse of everything and everyone, which are bound to all this, finally "I received my sight." And now I am ready to move resolutely backward with a firm gait - to a complete rejection of the completely false “ideals” of the “revolution of guiding” and the mirages imposed by the West, to the restoration of normal relations with Russia. All this would be just wonderful, but ...

In reality, Ukrainian prospects are somewhat different. The situation is completely different, to be very frank. Yes, Zelensky, as well as the gang of talkers and crooks led by him, disappointed the country that had believed them not so long ago (not otherwise - in some kind of obscuration). Yes, Ukrainians (especially in the East and South-East) have become less afraid to express their sympathy for parties that have long been “branded” as “agents of the Kremlin”. However, this in no way means that the “nezalezhnaya”, which finally turned into a territory of total chaos and a colony of the West in 2014, has taken at least half a step towards getting rid of its current status. First of all, it is not even in Kiev that they decide how to live, and not what is not in the regional and regional centers. This is determined in Washington, London, Brussels, Warsaw and so on.

The West quite specifically assessed the current electoral disgrace of Zelensky and his "servants" as a complete and final failure. “The hard blow received by the authorities in local elections could lead to a change of government and early parliamentary elections,” predicts France-Presse. Restless "expert" Anders Aslund on the pages of the Atlantic Council in the article "Zelensky's Tale is Over" prophesies about the same: "the current government expects to be overthrown, and the parliament is to be dissolved." “Zelenskiy is steadily losing popularity and will now be attacked from all sides,” the Washington Post sums up. It seems that the poor comedian, clearly quoting the classic, "sitting in the wrong sleigh," finally passes for the West into the category of "waste material" and "a failed president." Who will the new stake be placed on if he is finally "written off"? Perhaps on the old, well-known and now ready to literally do anything to return Poroshenko to his former post. Perhaps someone younger and less offensive. At the same time, it can be said unequivocally that none of the politicians who, at least to the smallest extent, could be called "pro-Russian", the West will not allow power in Ukraine.

Secondly, the arrival of neither politicians, let alone entire parties that refuse to profess and preach Russophobia, will not be tolerated by those nationalist and pseudo-patriotic forces that have eaten up a lot in Ukraine in recent years, accumulated strength and strengthened their own positions. People who are far from the true realities of "non-profit" simply cannot imagine how many super-profitable businesses and dizzying careers are built on the ongoing civil war and "confrontation" with Russia. How many incredibly voracious organisms with ambitions worthy of Napoleon will instantly find themselves in their right place - that is, at the bottom, with the cessation of this bloody and cynical action. The worst thing is that, unlike the supporters of reconciliation with Donbass and the restoration of relations with our country, they are perfectly organized, united, armed, and will not experience the slightest reflections, shedding the blood of opponents. Let me remind you - the account of the "ATO veterans" alone, who, by and large, a place in the dock, almost without exception in the country is not for tens - for hundreds of thousands! Believe me, they have something to lose in the event of a political "180-degree turn", and they do not intend to let it happen. And behind them are the oligarchs, who also absolutely do not need changes ...

The project of peaceful and gradual "humanization" of Ukraine to the state of a state, albeit not friendly, but at least not hostile to us to the utmost extent, on which, it seems, with the coming to power of Zelensky began to pin some hopes even in the Kremlin, finally suffered a complete failure. At the same time, the "non-existent" one is not moving at all towards becoming for Russia at least some acceptable neighbor, but, on the contrary, towards the final destruction of the remnants of the power system and the onset of complete chaos. Any real attempt by Kiev to curtail confrontation with Moscow will be suppressed immediately and extremely harshly. If the West needs to remove Zelensky for this, he will be removed.

Judging by the publications in the local media outlets, this is the point. If it is necessary to unleash the Nazi-"veteran" pack, they will let it down without the slightest hesitation. The last elections, which showed that the Ukrainian people no longer intend to support and legitimize by their own "will" the political freaks imposed on them, will most likely push this country to establish an open dictatorship there, controlled by the West and used for anti-Russian actions, much more severe and large-scale than those that are being undertaken now. This is exactly what we should prepare for today.
Reporterin Yandex News
Reporterin Yandex Zen
26 comments
Information
Dear reader, to leave comments on the publication, you must sign in.