Joe Biden's reforms will change the face of the United States 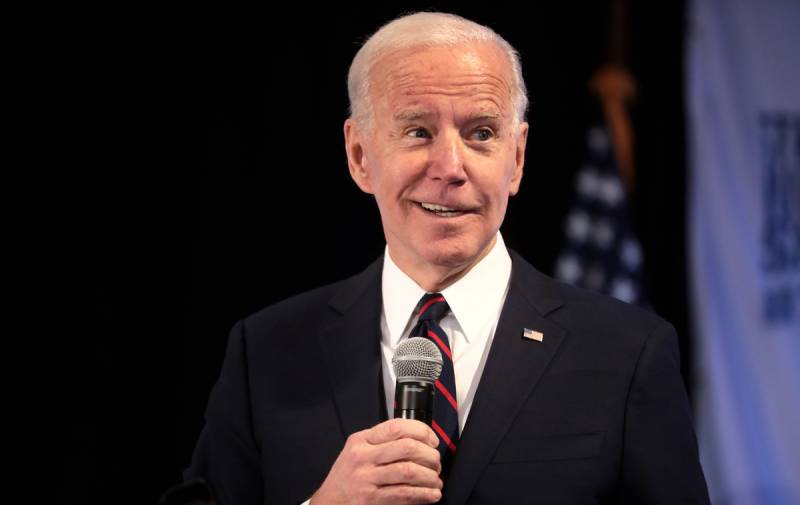 Presidential elections will be held in the United States next week. Depending on who wins on them, Donald Trump or Joe Biden, it will be decided whether they will be the last in the form that everyone is used to.


It is no secret that the American electoral system has its own specifics, which have developed historically. They are indirect: in each of the 50 states (states), they first vote on the list of members of the Electoral College, and then they elect the President of the United States and his Vice President. Interestingly, the legal obligation to vote for "their" candidate is not spelled out, but in some states minor fines or the appointment of another person as an elector are provided for violation of tradition. In 2016, a traitorous elector from Texas named Christopher Sapran refused to vote for President Donald Trump because he considered him unprepared for the presidency. This has happened more than once in US history, but it could not fundamentally influence the outcome.

To win the election, a candidate must win over to his side the so-called "purple" or wavering states. The United States is very clearly divided into "red" - democratic and "blue" - republican, who always vote for their own. Today, the "purple" includes Florida, Arizona, North Carolina, Georgia, Wisconsin, Michigan, Minnesota and Pennsylvania. The current head of state demonstratively moved to live in Florida to be a "fellow countryman" for the residents of the state. 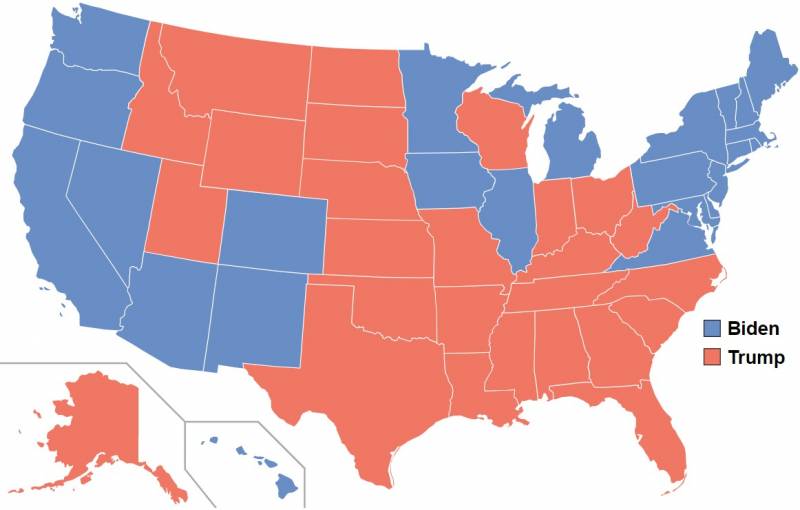 If you look at the map, it turns out that Donald Trump is supported by relatively sparsely populated states in the American outback, dominated by the rural population and the working class, which has been greatly affected by policy globalists, aimed at the withdrawal of production abroad. Densely populated, liberal, and "progressive" states on both coasts consistently vote for Joseph Biden. This means that if the US had a direct electoral system, the Democrats would have the upper hand. So, in 2016, Hillary Clinton got 1 million more votes than Donald Trump, but her rival won.

All of this may soon change. Immediately after the announcement of the 2016 election results, Democratic Senator from California's most liberal state, Barbara Boxer, introduced to Congress an initiative to move to direct presidential elections. It was unrealistic to accept such amendments under the dominance of Republicans in Congress at that time, especially considering that after them three-quarters of the states still have to approve them. But the first step was taken.

The Democratic Party does not hide its plans to return to power in almost any way and, most importantly, to stay with it further. For example, the idea of ​​increasing the number of states by including new territories in the United States and breaking up existing ones is being seriously considered. The federal district of Columbia may become the new state. The number one candidate for accession is the island Puerto Rico with a predominantly "colored" population. Liberal California can also be divided into several parts, where a lot of Hispanic citizens and migrants also live.

Migrants are another story altogether. African Americans and Hispanics are Joseph Biden's strongholds. Democratic states have been pursuing a de facto open door policy for a long time, contributing to the legalization of illegal migrants. If the Democratic Party comes to power on November 3, it will open the doors of the United States wide open to expand its electoral base. Due to internal migration, these flows can be directed to the "purple" and even "blue" states, which will increase social tension in them, but in the long term will contribute to the dilution of the votes traditionally given to Republicans. Over time, the United States will change and be ready for political transformations that will consolidate Democratic power.
Reporterin Yandex News
Reporterin Yandex Zen
9 comments
Information
Dear reader, to leave comments on the publication, you must sign in.