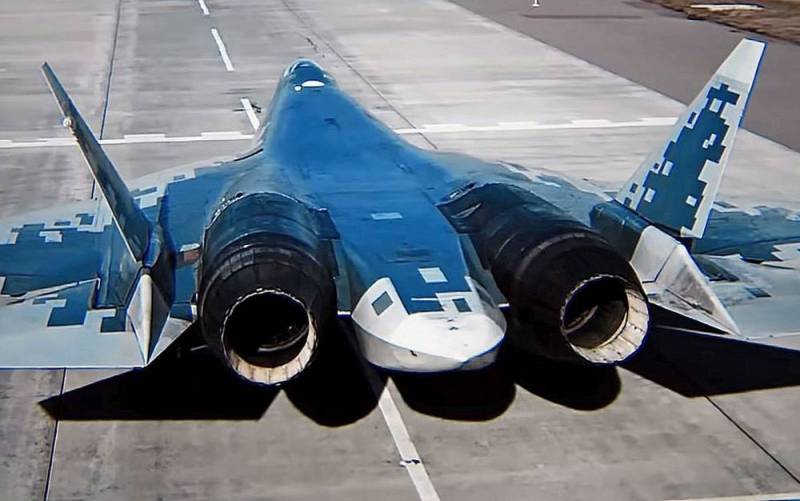 The first flight of the Russian fifth-generation fighter Su-57 with a second stage engine ("product 30") took place on December 5, 2017. The installation of these power units on serial Su-57 is planned to begin in 2023. But the resource of new aircraft engines is already known and how long they will last for years.

According to the general designer - director of the OKB im. A. Lyulka (a branch of PJSC "UEC-UMPO") Evgeny Marchukov, the new engines will provide the Su-57 with excellent maneuverability and supersonic cruising speed. At the same time, aircraft engines will last 30-50 years.

He specified that the engine is even ahead of the fifth generation and is more in line with its specific characteristics to the “5+” generation.

Does not have, did not lie next to
Marchukov pointed out.


Note that earlier the Russian Ministry of Defense reported that the Su-57 had already visited Syria twice and was tested in combat conditions. At the same time, Deputy Prime Minister of the Russian Government Yuri Borisov assured that by the end of 2020 the Russian military will receive the first serial Su-57.

Until 2028, the Russian Aerospace Forces should receive 76 Su-57 units and re-equip three air regiments with them. Until 2023, the fighters will be equipped with power units of the previous generation. But after the completion of the test program for the new aircraft engine, they will begin to equip the Su-57.
Reporterin Yandex News
Reporterin Yandex Zen
18 comments
Information
Dear reader, to leave comments on the publication, you must sign in.