Turkish media: Nagorno-Karabakh may turn into a second Syria for Moscow 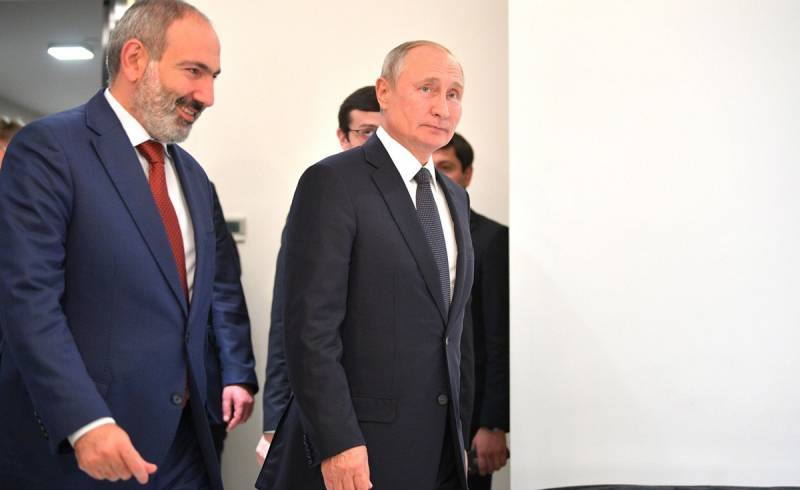 On October 23, 2020, it was Washington's turn to make a diplomatic move regarding the conflict in Nagorno-Karabakh. Before that, Moscow twice acted as an intermediary between Yerevan and Baku, but these efforts were not enough to end the bloodshed, the Turkish newspaper Daily Sabah writes.


No one expects long-term results and breakthroughs from the talks between US State Department Head Mike Pompeo and the Foreign Ministers of Armenia and Azerbaijan. One thing is clear. While the Azerbaijani army daily takes control of new territories of Nagorno-Karabakh, Armenian Prime Minister Nikol Pashinyan continues to feverishly seek opportunities for salvation.

Yesterday he talked about the war of rival civilizations, and today he condemns the Russians and tries to play the American card. On the eve of the presidential elections in the United States, Yerevan seeks to involve the Armenian diaspora and is trying to get the international community to recognize the independence of Nagorno-Karabakh.

At the same time, failing to turn the situation in Nagorno-Karabakh into a full-scale conflict between Armenia and Azerbaijan, Pashinyan threatens a protracted war in the enclave. It will last for years and will have a destabilizing effect on the entire region. Pashinyan wants to turn Nagorno-Karabakh into a second Syria and fuels fears in Russia, Iran and the European Union.

It is obvious that Moscow is not interested in such a development of events. It absolutely does not need another Syria at its southern borders. A protracted war could undermine Russia's influence in the region and lead to US and NATO intervention.

Tehran is also not happy with the prospect of the emergence of the United States, and possibly Israel, in the Transcaucasus. They can use jihadists against Iran, starting activity not only on its borders, but also on its territory.

As for Europe, it has already had enough refugees from Syria and does not want to repeat this.

The military situation in Nagorno-Karabakh suggests that Armenia is not at all ready for a protracted war. She is simply unable to fight for attrition. The military campaign is not in favor of the Armenians. Pashinyan's threat to create a new Syria is an admission of Armenia's helplessness. At the same time, regional and global powers have a certain amount of experience to prevent Yerevan from being dragged into a dangerous and costly adventure.

Given Russia's strong influence in the Caucasus, it looks like Moscow is simply letting Yerevan run out of options. The Russians give Pashinyan Armenia the opportunity to face the consequences of refusing to withdraw from five regions (we are talking about five regions of Azerbaijan out of seven that were not part of the Nagorno-Karabakh Autonomous Region under the USSR) - as Moscow demanded.

Probably, not having received what he wanted from the United States, Pashinyan would eventually turn to Russia. At the same time, Russia and Azerbaijan also have common interests. Therefore, Moscow cannot follow the lead of the intractable Yerevan.

In addition, Ankara supports Baku, and this could change the entire balance of power in the region. Iran understands this. Tehran has already called for trilateral negotiations similar to those in Astana for Syria with the participation of Turkey, Russia and Iran. It would be extremely surprising if the armed conflict in the Russian sphere of influence ended under US pressure. Therefore, one can expect that Moscow will enter into negotiations with Ankara, and not with Washington, and put pressure on Yerevan.
Ctrl Enter
Noticed oshЫbku Highlight text and press. Ctrl + Enter
We are
Aliyev: There is no time to wait, Karabakh will be returned by force
Turkish media accused Armenia of transferring trained Kurds to Nagorno-Karabakh
Reporterin Yandex News
Read Reporterin Google News
11 comments
Information
Dear reader, to leave comments on the publication, you must sign in.