Creation of a new Boeing: "reset" of the aircraft giant or a gesture of despair? 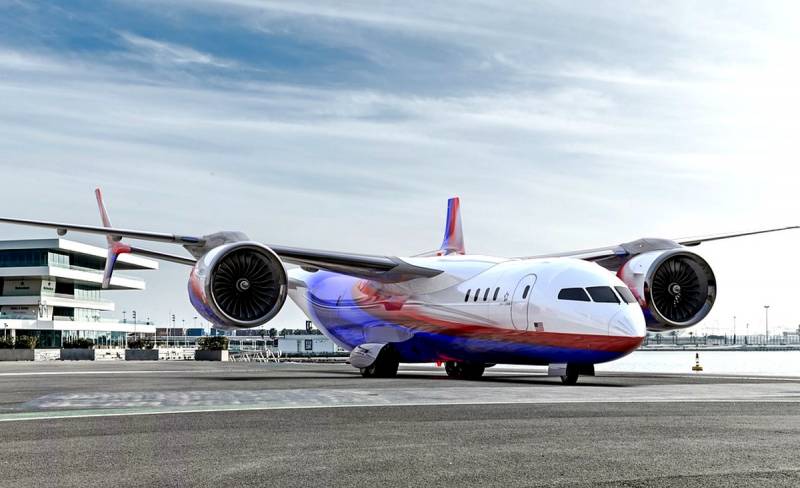 As it became known from the American mass media, the Boeing Co. corporation, the further prospects of which to many analysts have recently seemed very vague, is preparing for a fundamental "revenge". The creation of a new model of the airliner is on the agenda. Its release, in the opinion of the company's management, can become a weighty argument that can turn the tide of competition with its main competitor - the European aircraft manufacturer Airbus. The fight, which, it would seem, has already been completely lost by the Americans ...


Let's try to figure out what is really behind all these rumors - a real attempt by an aviation giant on the brink of an abyss to regain its leading positions in the industry, or is it simply a PR campaign aimed at preventing a very likely collapse?

Is it possible to remove the 737MAX "curse"?

Let me remind you that Boeing Co. has not offered its consumers any new products since 2004, when the world first saw the Dreamliner, which was released on the line 7 years later - in 2011. No, there were talks about the need to create something original, continuing their own "line" within the company, ideas, as they say, were in the air, but in the end it all came down to only further "development" of the 737 model, which gave rise to the ill-fated MAX, which turned out to be for the corporation a real curse. What are we talking about now? As far as is known, there is no reason to count on anything completely unusual - the company plans to create a narrow-body vehicle designed for 200-250 passengers.

As a matter of fact, the result should be something between the "big man" 737 MAX and the same wide-body 787 Dreamliner. The concern does not hide that its new brainchild will have to be a response to the most successful models of overseas competitors - such as the A320neo, A321 LR and XLR, which have an increased flight range, the number of orders for which at one time exceeded 3 thousand. In this way, Boeing hopes to close the critical gap with Airbus, primarily in the market for narrow-body passenger airliners. Well, and, of course, to “make amends” and make at least somehow forget all that powerful negative that poured out on her because of the extremely unpleasant story with the 737MAX. However, this problematic plane, as it turned out, is still too early to write off. There were still some desperate guys ready to take it to the sky again. As expected, in the USA. The largest American airline, American Airlines, has already announced its intention to resume the operation of machines, from which most aviators in the world have recently shied away from incense.

So far, the 737MAX will operate on just one of its many flights - daily flights from Miami to New York, which are scheduled to operate from December 29 to January 4. At the same time, all passengers will be warned without fail which board they will have to board. However, if successful, American Airlines expects this to be only "the first step towards the 737MAX's phased return to the skies." The corporation itself, which has already accumulated under 4 hundred of these machines in its hangars, is very hopeful of this. Indeed, besides the "headache" with the 737MAX, she has enough other problems. So, at Boeing Co. recognized the need to do something about the sharp drop in demand for the 787 Dreamliner. They announced their intention to reduce the production of these liners to 6 per year next year and move it to the plant in North Charleston, South Carolina, which the company launched in 2010.

Previously, the bulk of the Dreamliner was assembled in Everett, Washington, and it should be noted that there Boeing reacted very painfully to such decisions. Washington State Governor Jay Inslee generally called them "offensive" and "erroneous", and in addition threatened to "radically revise" the tax breaks that the company had in the state entrusted to him. Inslee's colleague, South Carolina Governor Henry McMaster, as you might guess, on the contrary, warmly greeted the prospect of "relocation" and promised Boeing every support. Still - after all, according to preliminary and most approximate estimates, we are talking about hundreds of jobs for highly qualified personnel, and even more - for auxiliary personnel. Given the current severe unemployment in the United States, this is a more than serious question.

Create is not a problem. The problem is to sell

It is impossible not to mention one more of the many troubles that have befallen Boeing over the past couple of years and have recently been growing like a snowball. A lawsuit was filed in the Delaware state court last month from a number of shareholders of the corporation, the largest of which are state pension funds of the states of New York and Colorado, against the board of directors of the company. Its management, and, above all, former Boeing CEO Dennis Muhlenburg, are accused of weakening control over the actions of management, as well as improper and completely inadequate response to the 737 MAX plane crash. A more global complaint is that, according to the shareholders, the people who were "at the helm" of the aircraft giant, from a certain point, stopped paying due attention to the issue of aircraft safety, continuing to "rivet" the same 737MAX, despite the problems that arose with them, which they brought corporation to its current deplorable state. Boeing Co. this lawsuit, of course, was declared "unfounded, biased and paints a one-sided picture", promising to achieve termination of the trial this year. Who knows - maybe it will.

However, even this litigation is far from the biggest threat both for the corporation and, in principle, for the entire global aircraft industry. Analysts at Boeing Co. not so long ago they released a very pessimistic forecast. According to the calculations of specialized experts, the volumes of the potential demand of world aviation for new aircraft for the next decade, announced by them the same year earlier, need to be negatively adjusted by at least 11%. And this is only as of the present moment.

Boeing believes that the maximum number of winged aircraft that all their manufacturers can expect to sell in the next 10 years is 18 units. The total revenue will not reach even up to $ 350 trillion, which for an industry such as aircraft construction is sheer trifles. Yes, with the restoration of the "key drivers" of the industry, which is now in a state of deep stagnation - international traffic, tourism and the like, it will probably be about 3-43 thousand civil aircraft. But this will happen, at best, in 45 years, not earlier. In the meantime, according to Boeing experts, they themselves and their colleagues can only rely on government orders and, above all, on cooperation with the military. The volume of demand for goods such as military aircraft, satellite systems and other spacecraft, in the next 20 years, should remain at $ 10 trillion. At the same time, as they hope in corporations, 2.6% of these funds should be spent in the United States.

Time will tell how the situation will develop in reality. In the meantime, September of this year has become an extremely alarming "line" for aircraft manufacturers - during this month, both Boeing and Airbus have not received a single order for new aircraft. We can say that Europeans have an even more noticeable deterioration - they began to face refusals by potential buyers from previously concluded deals, to which Boeing is already accustomed. In the best case, with a desire to change their conditions in order to save their own funds as much as possible. Thus, the Australian leasing company Macquarie Financial Holdings, which initially “aimed” at purchasing 220 aircraft, refused from three A300-40 airliners. Turkish Pegasus Airlines and Mexican Viva Aerobus decided to purchase more spacious A320neo instead of A321neo (in the first case we are talking about 8 cars, in the second - about two). Unsurprisingly, Airbus COO Michael Schellhorn recently announced that the company plans to cut 15 employees and called such reductions “minimal,” hinting that it might not end there.

To expect something different in the current situation would be, at least, naive. Last month, the European Organization for the Safety of Air Navigation significantly worsened its forecast for a drop in aviation traffic in 2020. Earlier, its experts predicted its recovery by the end of this year to the level of 85% of the indicators of 2019 (in the optimistic version) or at least up to 75% (in the pessimistic one). Now it is becoming quite obvious that the best result can be the resumption of air traffic up to half of last year's volume. This is in the event that the second wave of coronavirus, which is increasingly "covering" the planet, does not cause the same hard lockdown as it did in the spring.

So far, the aviation industry across the planet is in complete disaster. An example is the UK, which has long been at the forefront of air travel. There the alarm is sounded already at the level of the government and parliament. There is something - the country's leading airline British Airways was forced to lay off 12 thousand employees. 5 thousand people had to be fired by Virgin Atlantic (and this is exactly half of its state). Considered the largest low-cost airline in Europe, Easyjet, ending this year for the first time in its history with a colossal loss of more than a billion dollars, is putting 4 and a half thousand employees out the door. The Irish low-cost airline Ryanair has so far limited itself to dismissal of 3 thousand people, but already this winter, all of its personnel may go on “unpaid leave”.

The picture is roughly the same all over the world. American airlines may lay off more than 30 thousand of their workers after the program for the implementation of measures to support the American economics in a pandemic (CARES). So far, the US Treasury Department is trying to support at least the largest of them by allocating impressive loans (the same American Airlines received at least 5 billion in September), but how much more will the government have enough funds for such "injections"? Boeing Co. the creation of new winged machines may well remain wonderful dreams - if there are no buyers, no pilots, no passengers for them.
Reporterin Yandex News
Reporterin Yandex Zen
16 comments
Information
Dear reader, to leave comments on the publication, you must sign in.