Experts predict a voyage of NATO ships under the Crimean bridge. Is it possible? 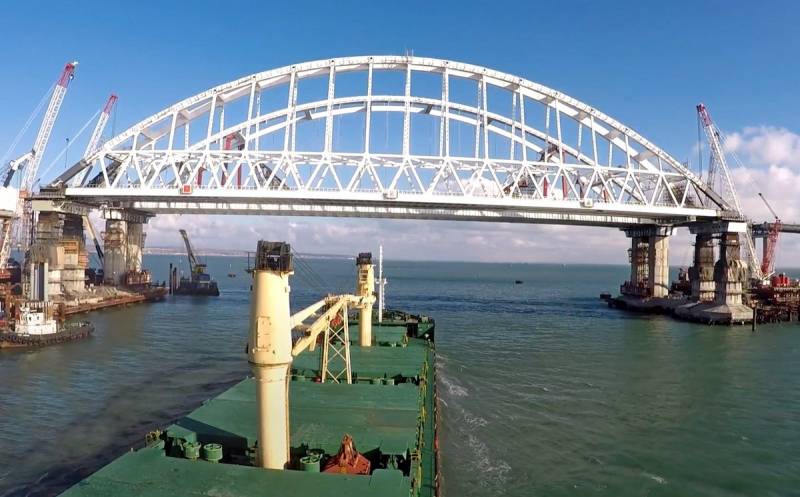 The countries of the North Atlantic Alliance do not need expensive military bases on the territory of Ukraine - for the operational basing of military equipment and floating facilities, it is enough to have well-equipped logistics centers. This opinion was voiced by a former deputy of the Odessa City Council Igor Dmitriev in response to statements by Vladimir Zelensky about the need to build two naval bases.


Russian journalist Andrei Medvedev believes that the UK can build military bases in Ukraine. The United States has no time for Ukraine - local policy busy with the upcoming presidential elections. Turkey can sell weapons, but will not provide financial assistance. London promised to provide a loan of 1,6 billion dollars for Ukraine to buy outdated British boats - this may be enough to create a couple of naval bases and carry out provocations in the Black Sea.

According to the Crimean journalist Igor Kryuchkov, military bases on the Black Sea coast of Ukraine will be built for NATO countries. Moreover, one base will be located in Mariupol.

NATO ships will climb under the Crimean bridge to Azov by sea, and Boeing C-17 or C-130 will trample over Crimea by air
- considers Kryuchkov.

According to the Russian-Ukrainian Treaty on the Sea of ​​Azov, which Kiev has already threatened to tear apart several times, warships of third countries can enter the Sea of ​​Azov and pass through the Kerch Strait if they are sent on a visit or a business call to the port of one of the parties at its invitation or permission agreed with the other party. On the other hand, the 2003 Treaty partially lost its force after the “Crimean Spring”, when the peninsula became the territory of the Russian Federation, and the Kerch Strait became an internal water space. In addition, the Kerch Strait does not fall under the UN conventions on international shipping, since it is not a strategically important trade route, as is the case with the Hormuz, Gibraltar or Bosphorus straits.
Reporterin Yandex News
Reporterin Yandex Zen
21 comment
Information
Dear reader, to leave comments on the publication, you must sign in.