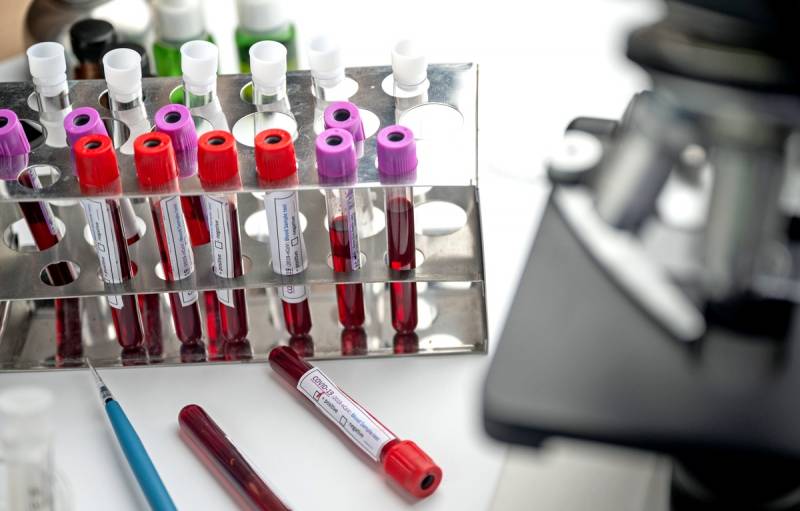 The fate of the "nezalezhnoy" is decided. And this did not happen in the UN session hall or, at worst, the European Parliament. Not even at some international summit, during which the leaders of the "big" countries quite easily, unhurriedly and imposingly agree on how to live "small". Or - not to live ...


In this case, everything happened at the United States Embassy, ​​where the Minister of Health of Ukraine was summoned, like a fine schoolboy, to the teacher's room. And, in fact, they announced in plain text a sentence to hundreds of thousands, if not millions of inhabitants of this unfortunate country.

"NOT" in capital letters

The very reason for the arrival of the head of the Ukrainian Ministry of Health, Maxim Stepanov, was more or less decently furnished before the eyes of the curators from Washington: the embassy seemed to have invited him to have supper - “constructively and collegially,” as the diplomatic mission itself claims. But the main dish at this meal was, apparently, Stepanov himself, to whom the American "partners" put their brains in such a way that it didn't seem enough. The thing is that the Ukrainian official has committed an absolutely horrifying, from their point of view, crime: on October 13, on the air of one of the local TV channels, he publicly admitted the possibility of Kiev purchasing a Russian vaccine against coronavirus. Actually, it was said the following: "yes, we are considering the possibility of acquiring, like from any other manufacturer, the safety and effectiveness of the drug which will be confirmed by WHO."

It must be assumed that "on the cap" for the excessively long tongue and blatant political the minister received illiteracy immediately and very sensitively, because literally the next day, in the studio of another Ukrainian channel, he began to ardently assure viewers that “at the present time, there is“ not even a question ”about the purchase of the vaccine of the“ aggressor country ”, since it is“ insufficient tested ”and generally has“ questionable quality ”. Obviously, to the white gentlemen who were horrified and indignant at such a throwing out of the white gentlemen, who seemed to be a well-intentioned native, did not find this “jumping shoes” enough, and Stepanov was summoned to dinner with an admonition, from which he had the same opportunity to evade steaks. It was there that it was explained to him in an extremely substantive way - what is unclear with what fright Ukraine, which imagines itself to be a state, can and what cannot.

Exactly so - the position of the United States regarding the receipt by Kiev of a saving drug from the "wrong" hands is indicated in large letters in a special message published on the official website of the embassy immediately after the hauling: "... Ukraine will NOT buy the Russian vaccine against COVID ..." And period! The fact that in the same text the parties conducting the conversation are named somewhat differently: "Charge d'Affaires of the United States Christina Queen" dined "(and obviously" danced "at the same time) of some" Minister Stepanov "- this is already, right, a trifle, a farewell spit on the humbly bent back. Although, of course, if you follow the subtleties of diplomatic etiquette, then there is a clear insult, at least for a country that is worn with its "independence" as with a written sack. The main thing, however, is not this.

The fact that Kiev is not even under strict control, but under complete control, carried out, as they say, "in manual mode" by Washington and its emissaries is a banality, a well-known truth for a long time. The question is what this fact will cost the Ukrainians in this particular case. So, local authorities will not be able to buy and use (at least legally) the Russian drug. But is there an alternative to it? Alas, yes ... By closing Sputnik to the “non-transit” road, the United States is not just arranging another Russophobic demarche, but, as usual, is pursuing its own selfish interests. Ukraine will simply be left without a reliable drug that has already proven its effectiveness - it has to become a testing ground for testing all those "miraculous drugs" that will be born in Western laboratories, primarily in American ones. In fact, this is already happening at the present time.

No vaccine, but marijuana

Back in July of this year, the domestic media circulated a message about the death of four Ukrainian servicemen and one civilian as a result of tests of the American vaccine against COVID-19. This information came from the representative of the press service of the People's Militia Directorate of the LPR Alexander Mazeikin, who, voicing it, referred to information received from very specific medical workers from Kharkov, named specific medical institutions where the tragedy took place. He also mentioned the arrival of six virologists from the United States to the “abstract laboratory” located in the city of Merefa, Kharkiv region, who began to research both drugs that were supposedly supposed to cure coronavirus and an “innovative” vaccine against it. As a result, 10 people from a group of 15 subjects ended up in intensive care, and local doctors could not save half of them. The composition of the drugs administered to the patients was completely unknown to them, and the Americans flatly refused to disclose it.

In Ukraine, of course, this story was immediately declared a "fake", on the grounds that it was indignantly denied by ... a representative of the medical service of the Armed Forces of Ukraine with the more than characteristic surname Alexey Mazepa, who called everything Mazeykin said "nonsense." Why? But because it's nonsense! At the same time, however, the Ukrainian soldier had to admit that the doctor referred to in Lugansk was quite real, and the medical institutions mentioned there actually exist. But ... "No virologists from the USA came to us, and no soldiers died from their vaccines!" - that's the whole answer.

It is very possible that they did not come. For the simple reason that there was no need for this - a laboratory working with especially dangerous viruses (there is every reason to assume that it is developing biological weapons) exists in Merefa thanks to the corresponding agreement concluded in 2005 between the Ministry of Health of Ukraine and the Ministry defense of the United States regarding cooperation in the field of "combating biological threats." It is a fact. And here is one more fact for you - approximately the same laboratories in which it is not clear what American military virologists are working on without any publicity, exist, according to available data, also in Kiev, Odessa, Vinnitsa and Lvov. What is typical, according to the information recently announced from the TV screen by the head of the parliamentary committee "nazalezhena" on health and medical insurance "Mikhail Radutsky, allegedly" for the development of a Ukrainian vaccine against coronavirus "more than a million hryvnia was allocated to just two laboratories - in Lviv Kharkov! I’m ready to give my head to be cut off - thus ...

Another point is that the director of the State Expert Center of the Ukrainian Ministry of Health, Tatyana Dumenko, again publicly announced on the air of the TV show that “one of the European manufacturers of the COVID-19 vaccine” has already submitted an application for testing it on Ukrainians. In Kiev, naturally, they agreed with delight. To begin with, it is planned to inject 4200 doses, and then - how it goes. Supposedly, they will test only on "healthy volunteers", but who knows how it will actually be? The American "partners", apparently, not particularly shy, use Ukrainian warriors as guinea pigs. Moreover, there is more than enough material for research. The presence of coronavirus is only officially recognized in more than a thousand people in the ranks of the Armed Forces of Ukraine. But these are official data, which have little to do with reality in the “non-profit”.

According to the Chief Sanitary Doctor of Ukraine Viktor Lyashko, the country has a chance to get a vaccine against the coronavirus unless "for Christ's sake" - that is, within the framework of the international COVAX initiative (in which Russia, by the way, does not participate). According to him, the most likely candidates for the "saviors of mankind" are Astra Zeneca (UK) and Novavax (USA). Apparently, Kiev, which applied for participation in COVAX, was clearly and clearly indicated in its place and made it clear that the "good deed" will have to be "worked out" on the conscience. It is already clear in what way. However, even acting as a testing ground for all interested representatives of Western pharmacology, Ukraine will not solve the problem of vaccination. "Free or at a reduced price" through COVAX, according to the local sanitary doctor, this way the life-saving remedy can be obtained from 3% to 20% of the country's inhabitants. Who exactly? Lyashko very vaguely hinted at some "priority groups." It is unlikely that these are meant, for example, the old people, who in the "nezalezhnoy" quite officially promise to stop paying pensions in some fifteen years. Presumably, in Ukraine, only "servants of the people" and their defenders (those who will not die out during the test) will be happy with the receipt of immunity to the coronavirus. Actually, the people will cost ...

However, there is quite good consolation for him too. President Volodymyr Zelenskyy, who, obviously, will not be able to leave the role of a clown until the end of his own term in office, not so long ago announced the conduct of a kind of "popular poll" along with the local elections. One of the main points of this (and there are five of them in total) is the topic of the legalization of marijuana, which is extremely topical today for Ukraine, which is in 9th place in the world in mortality from COVID-19. "Exclusively for medical purposes," as the president claims ... However, there will be no real equality here either. According to Zelensky, those who have "post-traumatic stress disorder ... after the front" are especially in need of "weed". So, the Ukrainians are expected to have a nice neighborhood with the “heroes of the ATO” who are stoned on completely legal grounds, who, even without a “jamb”, do such that even the saints are out. Interestingly, the most serious producers of "medical marijuana", by a strange coincidence, are today in the United States, Canada and Britain - that is, those countries whose "miracle vaccines" Kiev has already allowed testing on its own citizens. What else the "post-Maidan" government will decide to test and try on them, it is scary to even assume.
Reporterin Yandex News
Reporterin Yandex Zen
23 comments
Information
Dear reader, to leave comments on the publication, you must sign in.