"They only make it worse for their military": experts spoke about the unsubstantiated statements of Armenia about the downed Su-25 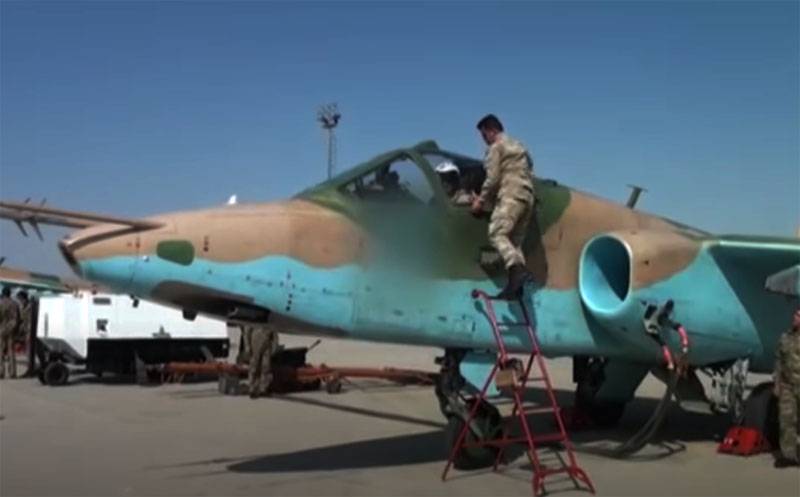 Over the past few days, the Armenian side has reported at least three destroyed Su-25 attack aircraft of the Azerbaijani Air Force. These messages were published by the press service of the Ministry of Defense of the Republic of Armenia, however, they have not yet been documented. In general, the Armenian side of the conflict claims about one and a half hundred destroyed drones and two dozen enemy aircraft.


Unmanned aerial vehicles, including strike and reconnaissance drones of Turkish and Israeli origin, were shot down by the air defense systems of Nagorno-Karabakh in fair numbers. However, statements about one and a half hundred shot down drones of the Azerbaijani armed forces, along with statements that Azerbaijani Su-25s are being shot down almost every day, cause skepticism.

Moreover, experts, including political scientists, discussing the statements of the Armenian side, believe that with such “reports” it only makes its own servicemen worse. The fact is that by publishing statements about victories and multiple shot down planes and UAVs, the Armenian side of the Nagorno-Karabakh conflict is more attuned to its own people to "shamelessly". In fact, the idea is being promoted that the enemy is so weak and his aviation is so untenable that he suffers endless losses and is about to take flight with the whole army.

However, over the past few days, the troops of the unrecognized Nagorno-Karabakh Republic have lost several settlements, including Hadrut.

Therefore, the conclusion is simple: wars are not won by propaganda methods. And if both sides report solely about victories, especially if this is done without proof, as in the case of the "three shot down Su-25", then this can lead to negative consequences and seriously disappoint all those who believe that winning is enough on the Internet.
Reporterin Yandex News
Reporterin Yandex Zen
2 comments
Information
Dear reader, to leave comments on the publication, you must sign in.