Answer to Israel: analogues of Russian S-300 closed the skies over Damascus 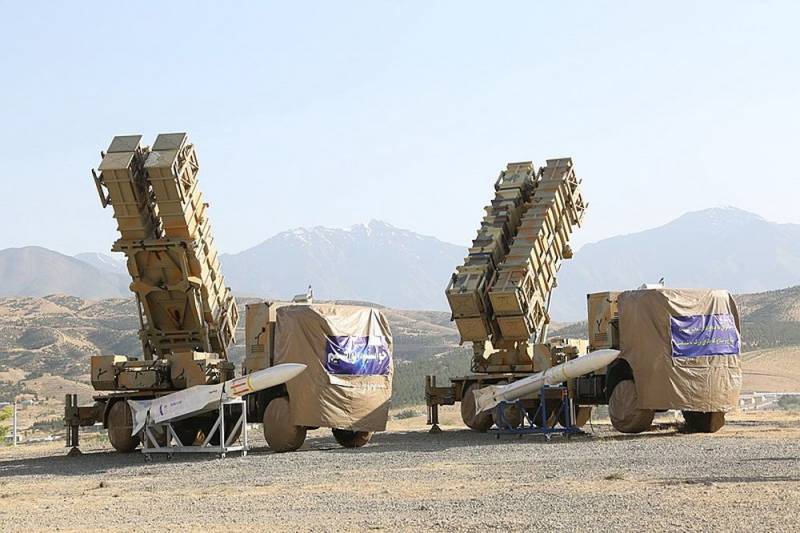 To counter the Israeli Air Force, Iran has deployed its own air defense systems in Syria. On October 15, 2020, the representative of the Iranian Armed Forces, Abu Fadl Shikaraji, said that this is a response to Tel Aviv for the incessant air raids on the Tehran-friendly country.

We have deployed a number of air defense / missile defense systems in Syria at the request of the official Damascus
- he said.

Economic conditions do not allow us to provide everything for free to our allies. So they sometimes have to pay for it
- he added.

According to reports, Tehran has deployed air defense systems Bavar-373, Khordad-15, Khordad-3 and Mersad on Syrian territory, as well as radar and other equipment to combat air targets. Now the skies over Damascus are covered by analogs of Russian S-300s.

Khordad-15 was shown in June 2019. It is specified that it is capable of detecting various air targets at a distance of 120-150 km and hitting them at a distance of 45-85 km, depending on the characteristics of the flying object.

Mersad was developed in 2011 based on the American Hawk air defense systems, which Tehran received before the 1979 revolution. According to the Iranian side, they are capable of hitting targets at a distance of 70-150 km at an altitude of up to 18 km.

Formerly French media сообщилиthat due to the "inaction of the Russians" Tehran decided to help Damascus by committing to strengthen the Syrian air defense system. This is allegedly due to the fact that Russia does not prevent Israel from carrying out missile and bomb strikes on Syrian territory, and Damascus cannot use the S-300 at its disposal without Moscow's consent.
Ctrl Enter
Noticed oshЫbku Highlight text and press. Ctrl + Enter
We are
Ukrainian general: the attack on the Donbass will result in huge losses
It became known when Roscosmos will send a batch of tourists into orbit
Reporterin Yandex News
Read Reporterin Google News
9 comments
Information
Dear reader, to leave comments on the publication, you must sign in.