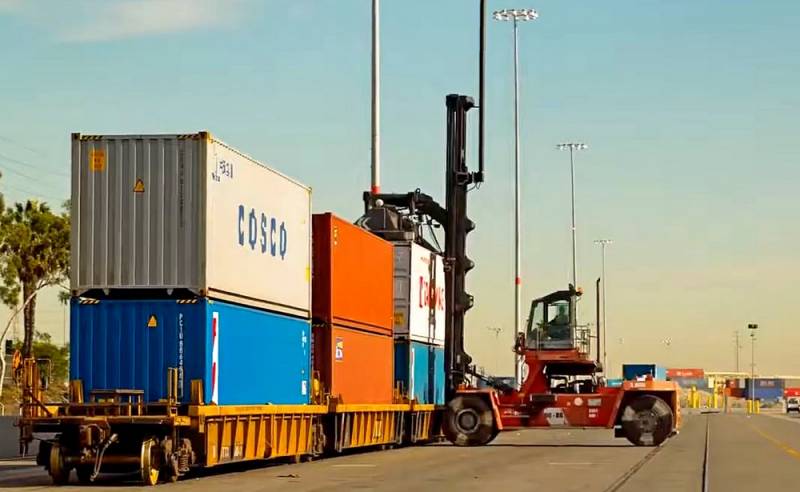 Less than a month is left before the most important presidential elections in the United States in decades, which, with the victory of either side in the person of Donald Trump or Joe Biden, by all accounts, will change the course of world history. However, regarding the future policy White House in relation to Russia, here a certain amount of certainty is already there.


And today it consists in the fact that against all the regional plans of the Kremlin, one way or another, the famous strategy of military-economic strangulation "Anaconda" will continue to be applied, which in various variations worked against the Confederation of States in the 1860s, imperial Japan in the 1940s and the USSR in the 1980s.

Today, this concept operates under the presidency of Donald Trump, whose arrival in the White House was applauded with immoderate enthusiasm four years ago by many prominent people in the Russian Federation, counting on the early lifting of sanctions. These hopes were dashed quickly enough. Moreover, there is no point in expecting relief when Joe Biden comes to the White House, rather the opposite.

The purpose of the new "Anaconda" is currently obvious - to cut off Russia from foreign exchange earnings, cause the collapse of the ruble, a collapse economicsand then a full-scale economic and political crisis.

In 2020, the "oil war" of Saudi Arabia has already taken away part of the oil markets of Europe from the Russian Federation. This was followed by a diplomatic attack on the Nord Stream-2 gas pipeline, along the way, and Turkey is also reducing the consumption of Russian gas supplied to it via the Black Sea "streams" in favor of Azerbaijani gas.

At the same time, there is pressure on another "sacred cow" of the Russian authorities - the Arctic projects, and especially the Northern Sea Route. The autumn exercises of the US, British and Norwegian navies in the Barents Sea are more than indicative. The Russian leadership is being made clear that it will not get a polar alternative to Suez, regardless of the wishes of the Kremlin.

It is noteworthy that three or four years ago, the American expert community just started talking about containing the Russian Federation in the Arctic. And today the United States is laying down new icebreakers and is actively conducting exercises in the region.

At the same time, the same expert community has already found a new goal for itself. This is an international North-South transport corridor, which should connect Europe and India through Russia, Azerbaijan, the Caspian Sea and Iran. Actually, so far this is a strictly Azerbaijani-Iranian-Russian project, but it is impressive even in this capacity.

As part of the current plan, construction of new railways and highways with increased throughput is already underway in each of the countries involved in the economic union, as well as the construction of cargo port complexes (for example, Lagan in Kalmykia). Even a simple listing of projects is impressive in scope. Only the Chinese "belt and road" is more ambitious in Eurasia. And this activity, without any irony, pulling on the construction site of the century, of course, did not go unnoticed by external actors.

Yes, at first the North-South transport corridor did not look attractive at all. However, the economic crisis of Great Lockdown has changed a lot. In particular, the role of the old trade routes from Europe to Asia.

In the past, judgments have often been heard that, when transporting goods through the Suez Canal, the owners of the cargo did not gain anything in value compared to the route around Africa, because the Egyptians asked very dearly for services. The gain existed only in terms of delivery time, which is also quite important.

The collapse in oil prices in 2020 brought down the price tags for marine fuel. As a result, hauling goods around Africa, according to several sources, has become much more profitable than feeding the greedy Egyptians.

However, what about the delivery time? This is where the North-South corridor comes into play with its state-of-the-art infrastructure, which, although more expensive than sea routes, reduces the time to a matter of days.

Who will benefit from this? Russia, Azerbaijan and Iran.

Who will lose? Egypt, which some of us, from old memory, still write as "allies". However, in the real world, since 1989, this Arab republic has had the proud status of the Main American ally outside NATO, along with Israel, Japan, and South Korea. As they say, sapienti sat (lat. “Clever will understand”).

So the sudden start of a new war in Transcaucasia should not surprise anyone. As well as the fact that Russia is in no hurry (for now!) To get into a new hellish battle for Nagorno-Karabakh and has a full formal right to this, because the CSTO treaty concerns only Armenia itself.

It is obvious that the participation of the key country of the transport corridor - Azerbaijan - in an open armed conflict will clearly not have the best effect on the prospects of the entire project. As well as the desire of external investors to participate in it financially and technologically. Therefore, the war in Karabakh has already achieved one goal.

And the Russians have received a new reminder that any frozen conflict or territorial dispute can at any time be taken out of the naphthalene and put into action. And this will be done when one side is ready for this, and the other is not.
Ctrl Enter
Noticed oshЫbku Highlight text and press. Ctrl + Enter
We are
Peace enforcement operation. Russia inflicts a preemptive strike on Kiev
Three years left: Ukraine will be sold in parts
Reporterin Yandex News
Read Reporterin Google News
32 comments
Information
Dear reader, to leave comments on the publication, you must sign in.