Iran: creating a nuclear bomb under the cover of Russian S-400 and Su-30SM 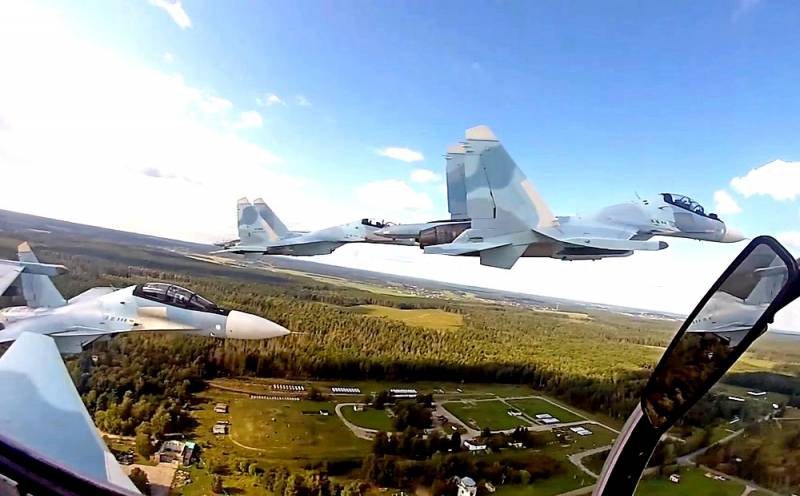 From the beginning of next week, the situation in the Middle East could change dramatically. The arms embargo against Iran expires on October 18, and then Tehran will be able to dramatically increase its military potential. Most of all about this it is worth worrying about his worst enemy, Israel.


Opponents face each other. One of the declared goals of the Islamic Republic is the destruction of the Jewish state. In response, Tel Aviv, without a declaration of war and sanction from the UN, inflicts regular airstrikes on the territory of sovereign Syria, knocking out the Iranian military infrastructure from there. In addition, Israel "grabbed" the Golan Heights from the SAR, and Uncle Sam recently recognized them for him.

The IDF Air Force is much better equipped, trained and dominant in the air over the enemy, which allows the Israelis to operate without a common border with Iran in foreign territory. But in the very near future, the alignment of forces may change not in favor of Tel Aviv. Tehran has long declared its readiness to purchase Su-30SM fighters from Moscow. In the right hands, these aircraft can be a real competitor to the American fighters that are used by the Israeli Air Force. The Iranians will be able to act more actively on the territory of neighboring allied states, as well as to cover their own air borders from a possible massive attack by Israel and the United States.

The latter is all the more important for Tehran since such an attack is absolutely real and has long been worked out in Washington and Tel Aviv. This, of course, is about the Iranian nuclear program. Israel does not officially admit that it owns a nuclear arsenal, but this fact is an open secret. It is not surprising that the Islamic Republic also wants to become the owner of nuclear weapons as a deterrent, but the Jewish state quite rightly considers this a threat to its existence. Last year, Israeli Deputy Prime Minister Shaul Mofaz bluntly stated:

If Iran continues to develop nuclear weapons, we will strike. A strike on Iran to end its nuclear plans will be inevitable.
The Israelis have been waging a systematic struggle against the Iranian nuclear program for a long time: under mysterious circumstances, the scientists involved are killed, explosions and other sabotages occur at nuclear facilities. The last emergency in Natanz happened this summer. The development of the military component of this program was stopped by the conclusion of the so-called "nuclear deal", but President Donald Trump personally buried it, withdrawing the United States from it unilaterally.

Technically, Iran can produce enough enriched uranium to create a nuclear bomb in just six months. Apparently, Tehran is stopped from this not so much by its peacefulness as by the realization that a military operation on the part of the allies is practically inevitable. As soon as the authorities of the Islamic Republic announced the lifting of restrictions on the operation of their uranium enrichment centrifuges, the United States transferred B-52 strategic bombers to Diego Garcia Island in the Indian Ocean, and the IDF Air Force went on high alert. Most likely, even with Su-30SM fighters, the Iranians will not be able to fully repel a full-scale air attack on their nuclear facilities. But everything can change if they receive the most modern air defense systems.

And this is where Moscow can come into play. Our ambassador to the Islamic Republic gave an interview to the local newspaper Resalat, where he openly made it clear to the whole world the following:

Russia will sell S-400 complexes to Iran without any problems.
To date, these air defense systems are considered the best. For the sake of their possession, Ankara even fell out with the United States and lost access to F-35 fighters. By the way, the experiments of the Turkish military have shown that the Russian S-400 perfectly see the American "invisible", namely the F-35 and will be used in the attack on Iran. Having received the Triumphs, Tehran will be able, under their cover, to bring its nuclear program to its logical conclusion and receive weighty arguments for containing Israel's aggression.

It remains only to decide whether Russia needs the Islamic Republic to really become the owner of a nuclear arsenal? The Middle East is a very turbulent and unstable region. What if, later on, nuclear weapons fall into the wrong hands?
Reporterin Yandex News
Reporterin Yandex Zen
60 comments
Information
Dear reader, to leave comments on the publication, you must sign in.